Wayyy back when, I was making breakfast pizza I was also thinking what else I could do with breakfast pizza. There’s nothing cheaper or easier than bfast. I always have eggs and bacon around so poof! It became pizza topped with “fried” egg. I was wondering about scrambled egg too. My mind then went to crispy hash browns. I know, you don’t want to know where my food-brain goes.

What if the hash brown cakes were the CRUST. I’m a genius. Or this might exist somewhere. I’m not sure. All I know is that I’ve never seen it on a menu and I’ve been to quite a few diners and breakfast spots and I’ve never seen this. Come on people! 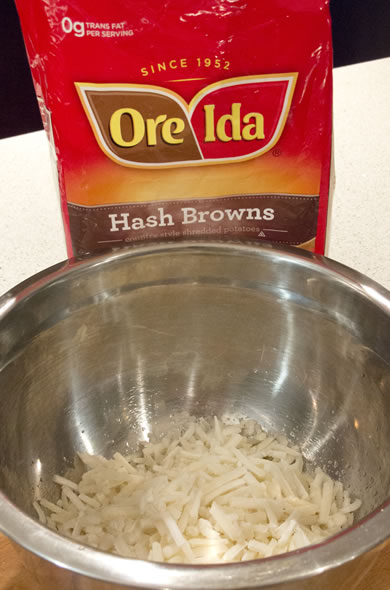 Mr. A recreated the egg one and tweeted it to me. Love it! It got my butt in gear to adapt it for another method. 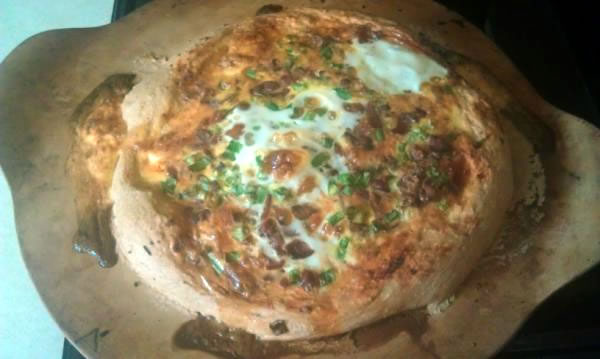 Mix shredded potatoes and soup together.
Then spread it out onto a pan and bake for 30 minutes at 400-degrees. 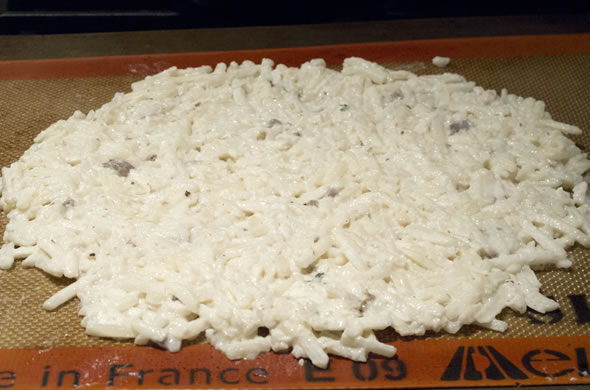 Cook bacon while crust is crisping.
When the potato has formed a crispy crust, top with cheddar and return to the oven for 5-10 minutes. 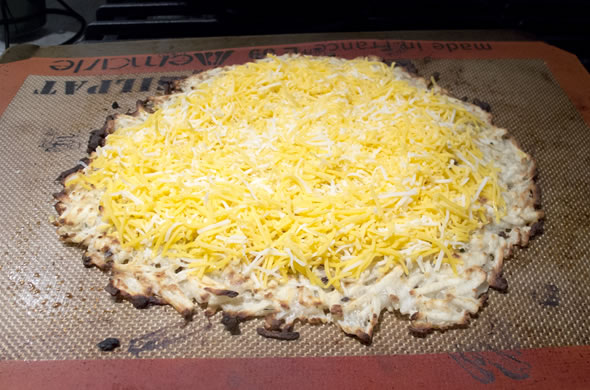 Cook the scrambled egg (in the pan you cooked the bacon in for some extra bacon flavor!)
Cook the crust until the cheese melts into a delicious melty layer. 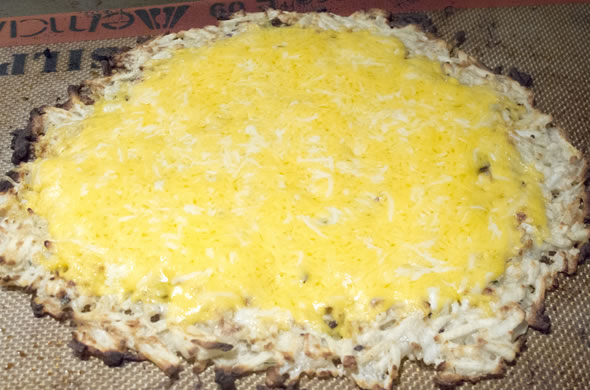 Remove and top with scrambled egg and bacon. 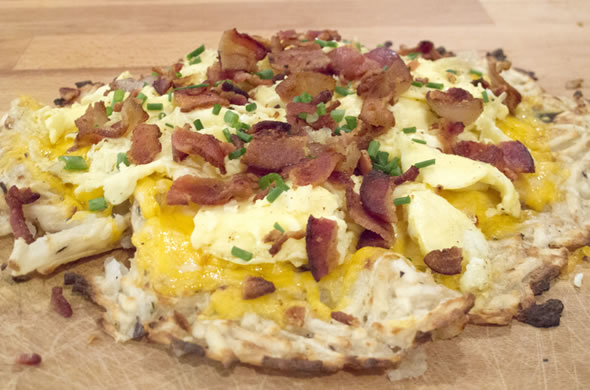 This was definitely a good pizza! I would have liked the crust to crisp a bit more but I really feared I’d burn the edges. I would recommend being mindful of the thickness. I could have spread it out then squished the edges back in to form the edge/barrier. It also might work better to make individual ones! Smaller ones could be pan fried if potatoes, eggs, and bacon isn’t too much for you to manage at the same time.

If you’re cooking for a crowd or for kids it might be fun to make individual ones that people can top as they like. I’ll make it again, and maybe I’ll even pan-fry the potato cakes…oooo! 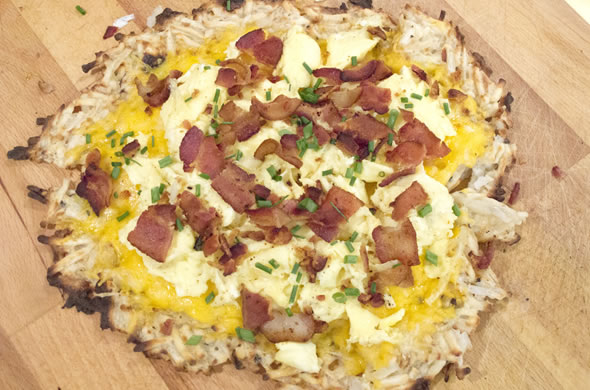 It isn’t a dinner that produces leftovers for lunch the next day. That’s usually a considering factor in my meal planning but hash brown cakes with cheese and bacon would still be good even if the eggs don’t reheat well!

A biscuit crust would be good if hash browns aren’t your thing either! I’d love it as potato crust, topped with cheese, and bacon and finished with a poached egg the very last second. Yum!

Which is your idea of a great start to the day? 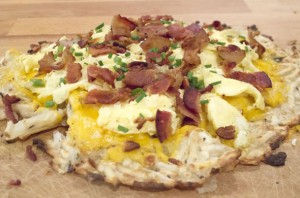 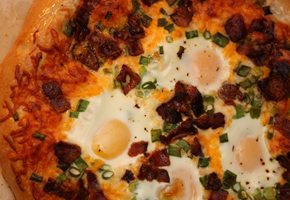