I didn’t quite make apple crisp as promised on my fall list. My apples were on their way out when I got to it so I went with apple sauce rather than crisp. 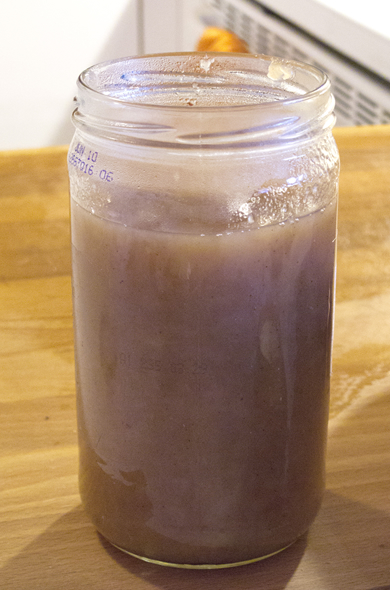 It’s sweet, tangy, and everything I wanted. Plus, it meant I didn’t lose any apples I picked myself! 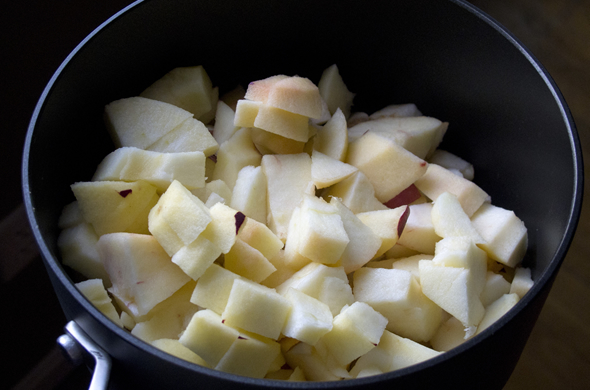 Drop them into a pot with water, cider, lemon juice and brown sugar. 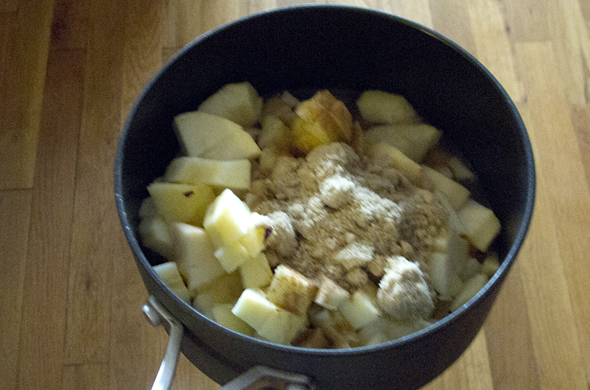 Cook low and slow, stirring occasionally until cooked down. 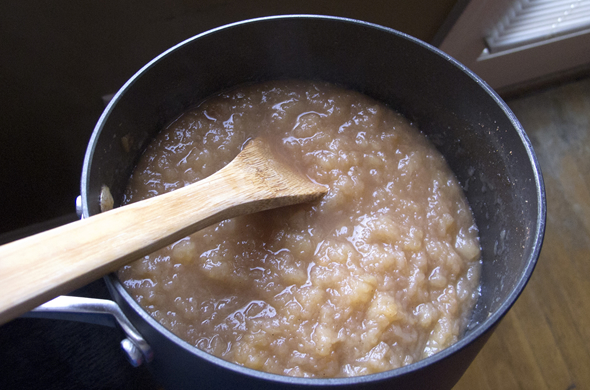 I probably cooked mine for 30 minutes. You could definitely puree the apples if you don’t want any chunks. Apple sauce is just like peanut butter, the more chunks the better for me. I thought adding some vanilla would be good. If I’d had some vanilla ice cream I probably would have tried some warmed up as an ice cream topping. Seriously, the brown sugar makes it that good.

What a good jar gift! I keep seeing cookie kits on Pinterest (where else?) but a lot of my loved ones will be getting some sort of edible gift this year. (shhh!) The applesauce will be long gone by then. Since I’m no baker, I wouldn’t prep a jar filled with cookie ingredients no matter how cute it looks since that’s not really me. Maybe somebody in your life would like some homemade applesauce?! I have a few ideas for goodies but I won’t be sharing those until the gift-giving has commenced! Just 19 more days!!

4 thoughts on “Apple Something”