Happy almost Halloween! I don’t have a spooky-themed dinner, but this would be easy to whip up before taking little ones trick or treating, or would be quick to throw together between handing out Reeces. I get about 3 trick or treaters but I make sure to have good candy or the ones I get will never come back! And, just like hosting a party, you should serve what you’re happy to have leftover for yourself.

I tell ya. The apples are never ending. These past few weeks I’ve been trying to add them anywhere that made sense. Here they got to provide the crunch and were perfect with the melty cheese. This dinner is quick and easy. It would be great as a panini too. 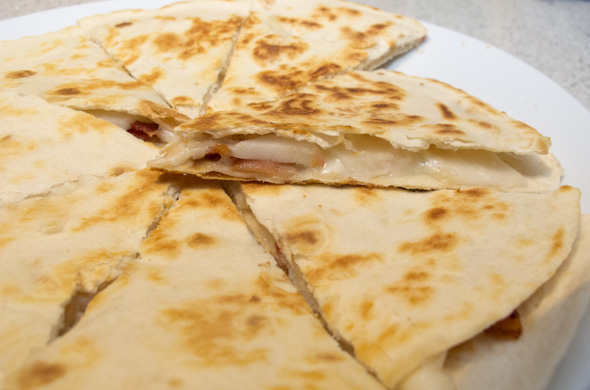 Pan fry the bacon until crisp, then drain and chop.
Heat a griddle or large pan to medium and spray with non-stick spray.
Lay the tortilla and top with sliced cheese. 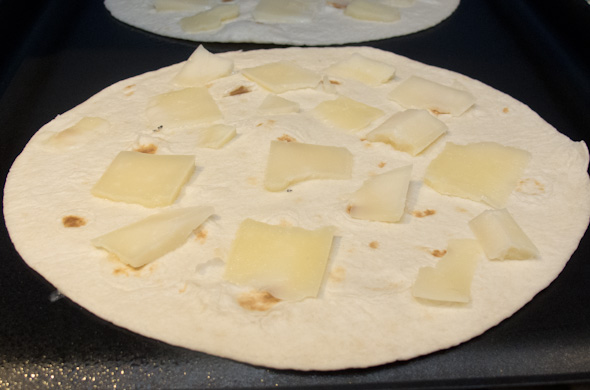 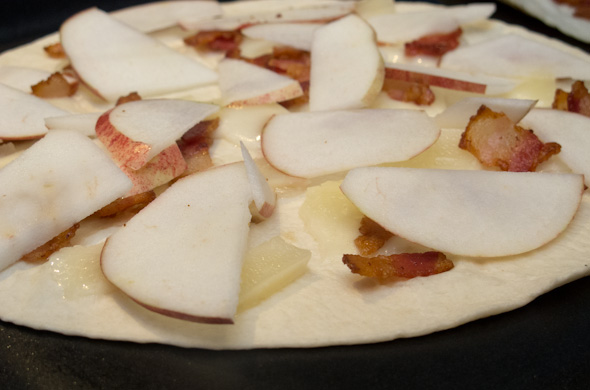 Top with the 2nd tortillas, lightly spray with non-stick spray and flip once. (this helps it to brown evenly)

Serve with some honey mustard for dipping! 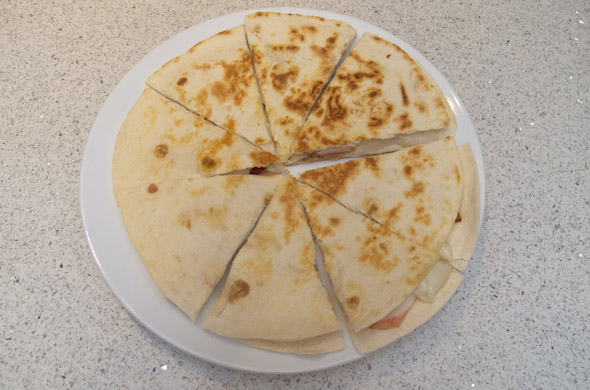 The cheese was more of a splurge but for this very few ingredient dinner, it was worth it. Mixing manchego with cheddar might have enabled these to be cheesier.