This panzanella is the salad that can be dinner on its own, or for me, it was just part of a crazy salad night for dinner. I liked the crouton-ish part of this salad, and sometimes any salad without greens if a more-fun one for me. I don’t know that I’d make it all that often, but on a hot night panzanella hits the spot. Now, I just need the bigger tomatoes in the garden to ripen up. We’ve gotten some cherry tomatoes but the bigger ones are still green so I bought the tomatoes for this salad. 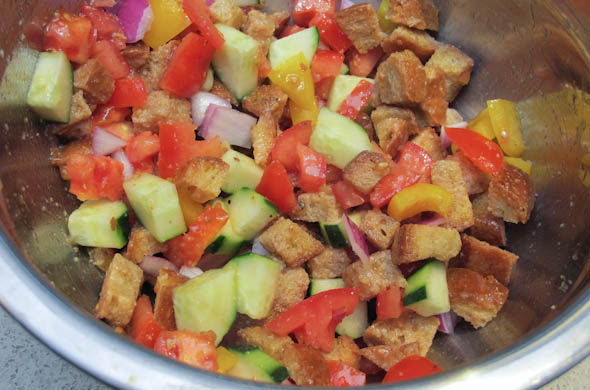 Chop up the tomatoes, cucumbers, bell peppers, and red onion. Let the onion soak for about 5 minutes in some cold water so they mellow out a bit. 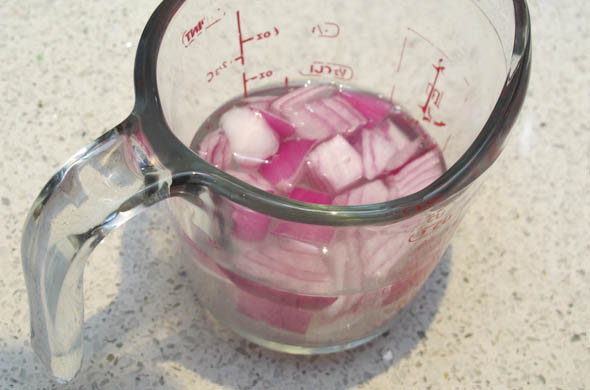 Heat a large skillet to medium-low heat with about 2 tbs of olive oil.
Drop the bread in and toss it around to coat. Cook for about 5 minutes until it gets just a little golden and a little crusty.
In a glass jar, add in the garlic, mustard, olive oil, vinegar, lemon juice, salt & pepper. Shake it up! 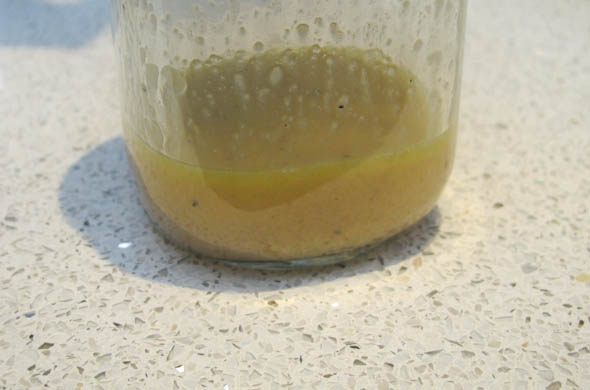 Toss the veggies, bread, and some dressing together.

Let it sit for at least 15 minutes, then add more dressing if needed. Enjoy!

If the tomatoes or cukes are really juicy you might not need any more dressing. I used just enough to get it all tossed – maybe half? Then another little splash before serving. I liked the bread getting a little crisp first and then soaking a bit of the dressing. I didn’t want it completed soaked and falling apart. The dressing takes 2 seconds and is an easy one to use again on any salad or adding some herbs to make it a marinade. 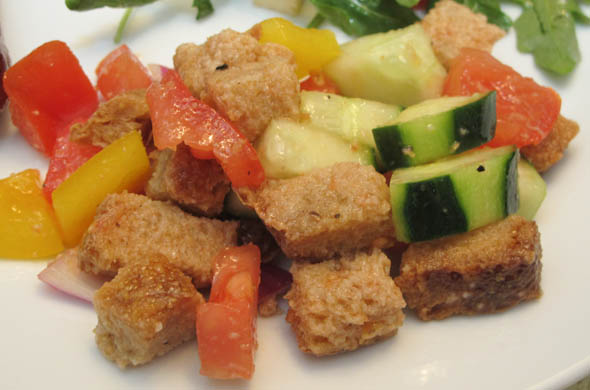 I don’t know that I’d make this all the time, but it was a great use for some leftover really good bread. I served it on a night of two unusual salads (the other being watermelon, feta & arugula) with grilled sausage. It probably didn’t really get to shine because I was sooo into the watermelon/feta/arugula salad. 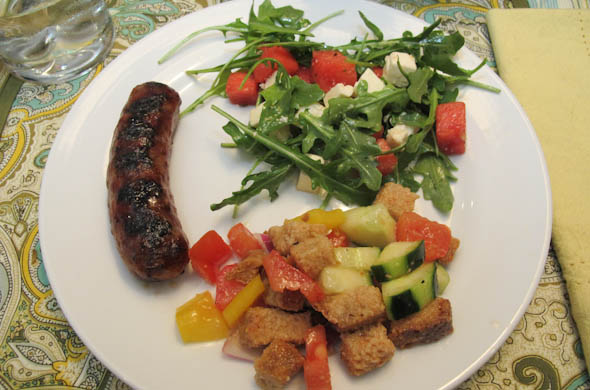 Have you ever soaked onions? It is great for a raw use so they don’t overpower everything else. They maintain the crunch and some flavor but they won’t be the only taste in there.