Lunch ideas can be hard to come by for me and sandwiches were never really my thing. I love them with interesting condiments on bakery bread, but making one at 7am and bringing it to work never appeals to me.

I try to mix it up when it comes to lunch. Often it’s leftovers but I used to be so good about picking something, making a regular sized batch, and eating it all week for lunch. It was even more convenient when I’d bring it all on Monday and not have to think about it the rest of the week.  Lately, I’ve gotten off course.

Recently I made couscous for a couple of lunches and it was soooo good. I ate it as a cold salad and was all about it. Tomatoes were my inspiration. 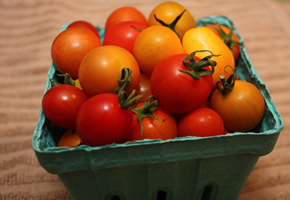 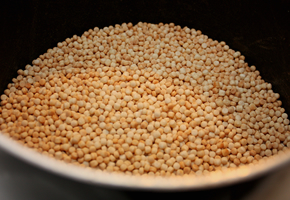 Add in veggie stock and cover for 7 minutes
Slice cherry tomatoes in halves, chop the spinach chiffonade, and crumble the bacon.
Fluff couscous to separate and allow to cool.
Add spinach, bacon, Parmesan and dressing.
Refrigerate overnight and drizle with olive oil before eating to rehydrate. 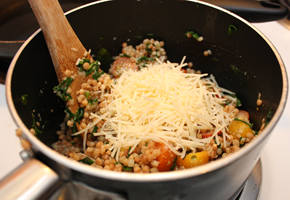 I’ll admit. Ranch might seem a bit weird, but I had it and wanted something creamy. Parmesan peppercorn dressing would be more appropriate. My spinach had lived a good life but wouldn’t have been amazing the next day, which is why I chose to throw it in…like an herb rather than like a salad. Nobody was going to overshadow these tomatoes. No, siree!This was an easily packable and flavorful lunch. It also is super cheap. If I were like whats-her-face on the foodnetwork who makes $10 dinners I’d probably have an impressive lunch cost since this served as 2 lunches for me…and my mum may have bought the tomatoes for me when we were at the farm stand. I’d much rather pack a lunch and afford a fantastic meal in Italy or Spain. In just over 4 weeks time I will be! So excited I can’t even stand it!

This would be a good side dish. Adding basil and fresh mozzarella would be good with Italian dressing. Bring couscous to your next BBQ this summer and be the star next to all the cole slaws and potato salads. 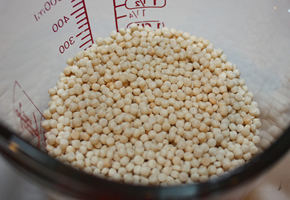 What are some other lunchable ideas & inspirations?