These pumpkin pancakes were supposed to be festive Halloween dinner since they’re orange. Long story, but they got a bit delayed. They were dinner another night and they were delicious! Cross it off my list! 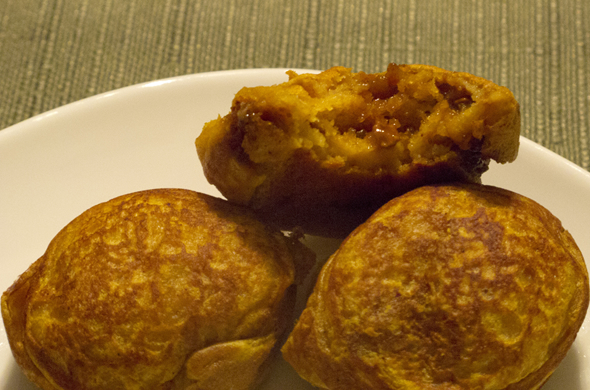 Pumpkin pancake batter is definitely more sticky than regular pancake batter. I made pumpkin waffles way back when for a girls night dinner. I recall them sticking A LOT and these lovely girls being sweet pretending it was fine that I had such trouble getting them out of the waffle iron.I made them as ebelskiver because that’s (almost) the only way to eat a pancake! Dropping some of our fillings into a standard pancake would be A-OK too. This is a half recipe which will feed 3-4 people. 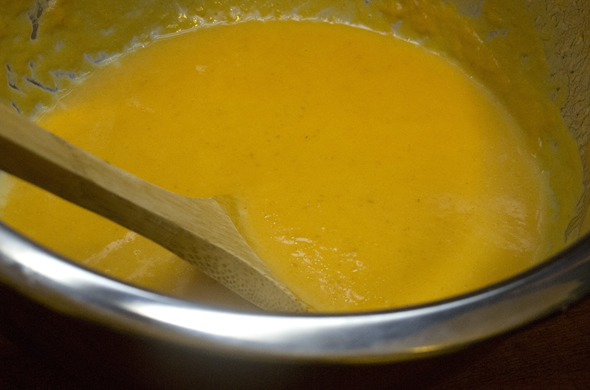 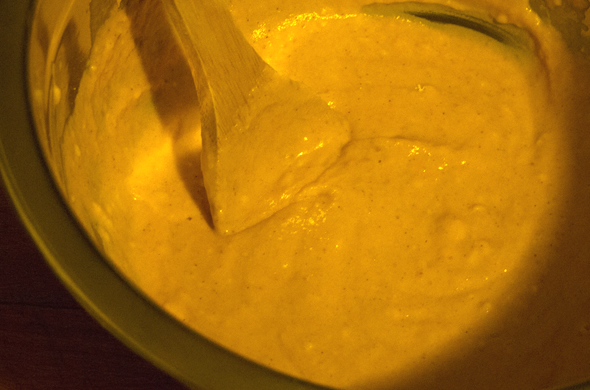 Cook pancakes.
These pancakes are a bit wetter/looser than regular pancakes which is perfect for ebelskiver. I pour some in each well of the pan. Then the filling goes in, before more batter covers that. One little flip ensures the even cooking.

I used cinnamon chips as a filling. Have I proclaimed my love for these here? No? Ohh my goodness. These are so great in anything! Cinnamon chips make such a wonderful difference in pumpkin bread too. I grab some whenever I see them in the baking aisle…and by some I mean 3 bags. 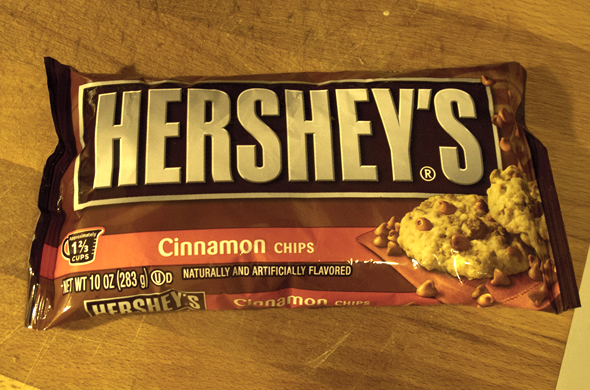 I also did maple sausage and some apple ones too. The apple wasn’t enough on it’s own. I think chopping apples with cinnamon and sugar might have made it sparkle more. It sure was fall feeling though!

The savory fillings get me every time. Yum. So, tell me. Is breakfast for dinner OK in your house?