I don’t make soup nearly enough. I was totally enticed when I saw this tomato soup that doesn’t have any cream in it. It’s not that huge of a deal health-wise, but it doesn’t taste the same when it is reheated and it is just one more ingredient needed since we drink light soy milk and that gets wanky in certain recipes. I made it during one of the very brief winter-weather days here in New England. 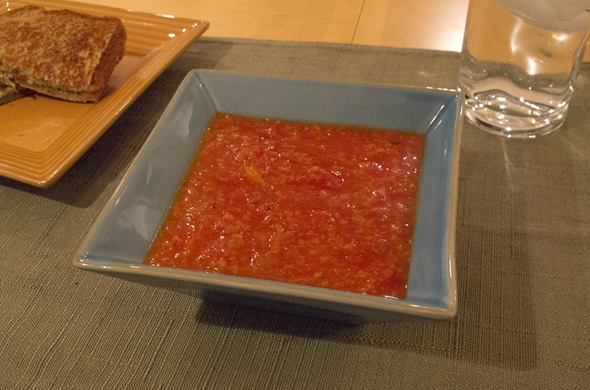 I loved that the bread made it thick and rich. 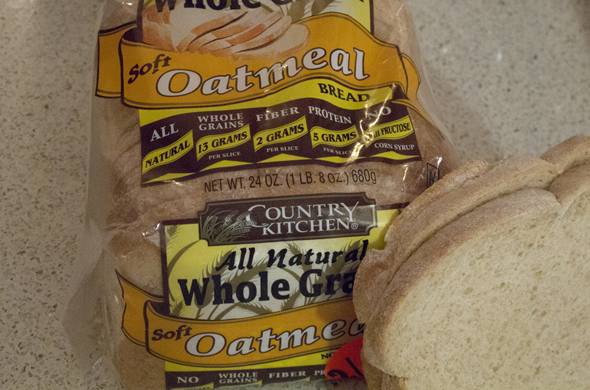 I grabbed the canned tomatoes and almost choked when I got home. $5 something?!?! WHAT? In retrospect it was totally worth it for good stuff since there aren’t many ingredients annnnd it is the highlight of the soup. Maybe I ate the soup about 6 times so it is not much cost per serving anyway. Ok, I’m over it. 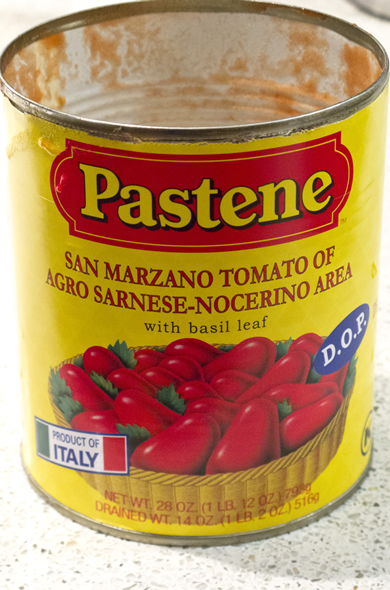 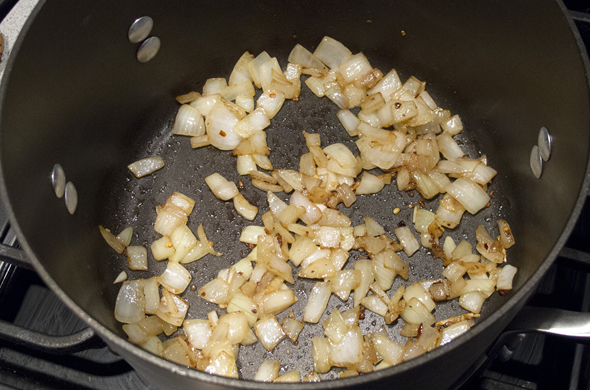 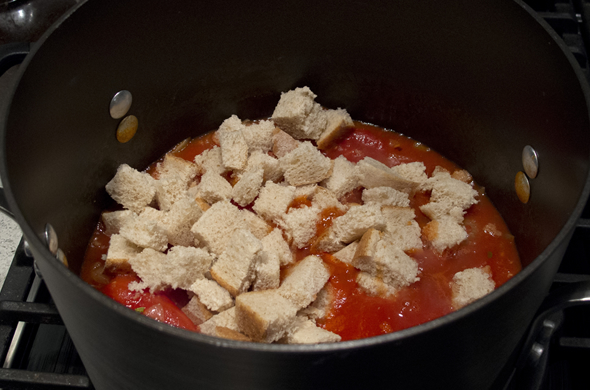 Stir occasionally.
Bring to a boil then reduce heat to medium until bread starts to break down. 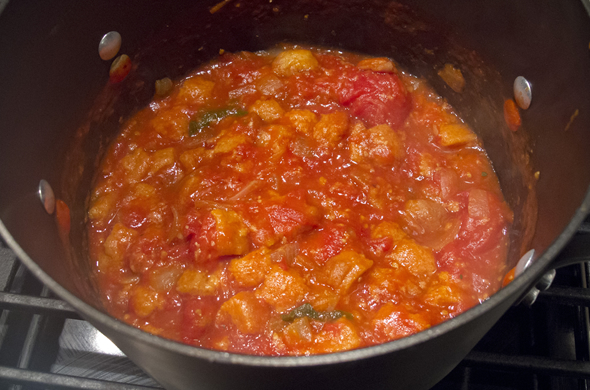 Add broth and blend with an immersion blender/blender/potato masher to the consistency of your preference. 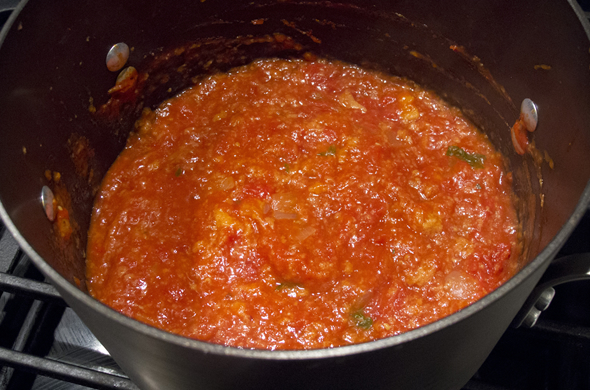 I left mine a bit chunky because I like chunks in ice cream, peanut butter, apple sauce, and soup! I made it smooth when I recreated it for some new parents who I thought could use a meal or two.

I served it with grilled cheese (the secret ingredient was pesto) and it was a fantastic wintry meal. Mr. J isn’t into soup so I ate this myself a million times. It is surprisingly filling. 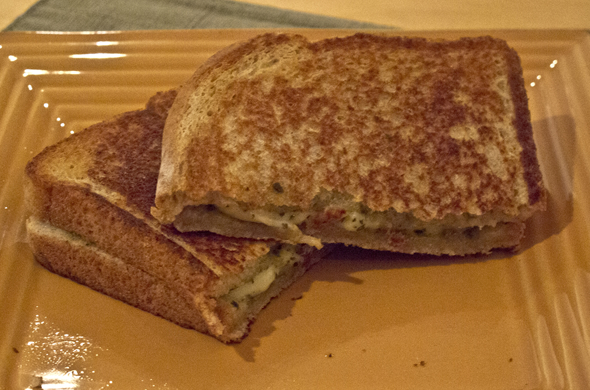 Because I’m feeling especially dorky, I looked up what the nutritional facts are and this is a scant 53 calories per serving! A considerably smaller serving of a condensed tomato soup (who shall remain nameless) is 91 calories (with a lot more sugar, double the sodium, and less iron than mine).