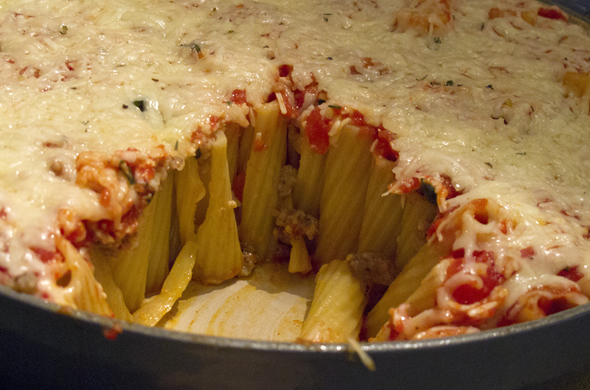 Dr. Seuss (whose birthday is my birthday’s eve) has a cute book people give to high school graduates about Oh, The Places You’ll Go. After celebrating all the ups he then turns to:

“Except when you don’t cause sometimes you won’t
I’m sorry to say so but, sadly, it’s true that Bang-ups and Hang-ups can happen to you.”

Then he goes into decisions and second chances yada yada yada. Well, this is how I felt making this Pasta Pie. Mostly I share my triumphs and surprises but I have a doozy for you.

I saw this recipe on Pinterest by way of another blog but it sounds like it originated with Martha. I thought it looked so fun and it seemed genius! It didn’t work that well but was still totally edible.

Ok, let’s start from the beginning.

I don’t have a springform pan. The last time I made cheesecake I figured it was safer in a circular pan anyway. Well, I have a new rockin’ baking piece from Le Creuset and I thought this Pasta Pie would be perfect in it too! 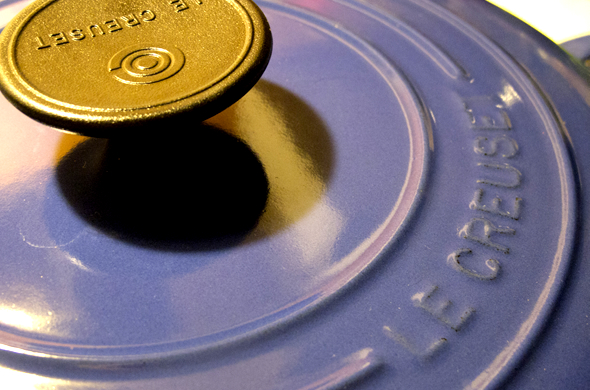 Cook pasta partially, until just before al dente (it will cook more in the oven)
Brown sausage.
Transfer cooked pasta into baking dish or springform pan and stand up pasta. 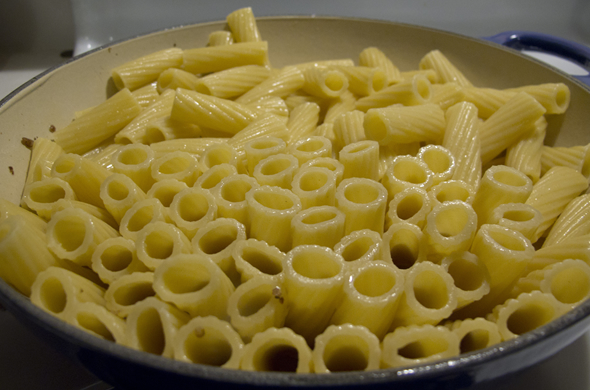 Spread sausage and sauce over the top and finish with cheese. 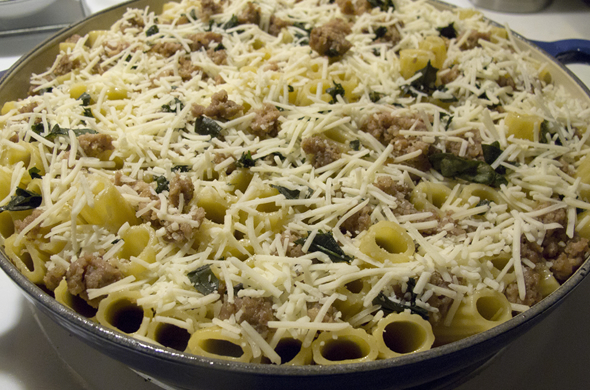 I didn’t take the time to push the meat and sauce into the upright noodles so mine didn’t stay together at all. I also think my sauce was too chunky and the sausage chunks were too big. I definitely should have tried to get it into the holes though. 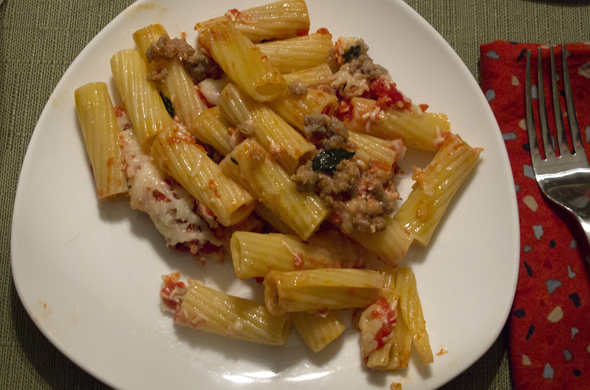 Standing the pasta seemed daunting at first until I figured out my technique. I couldn’t get them to stay even with the help of a wooden spoon corralling them. Then I dumped ALL the pasta in and the ones I hadn’t stood up yet helped to keep the others standing.

It actually reheated better than it was even that night. It mixed well like baked ziti would and the pasta wasn’t overdone.

They can’t all be winners…can they? 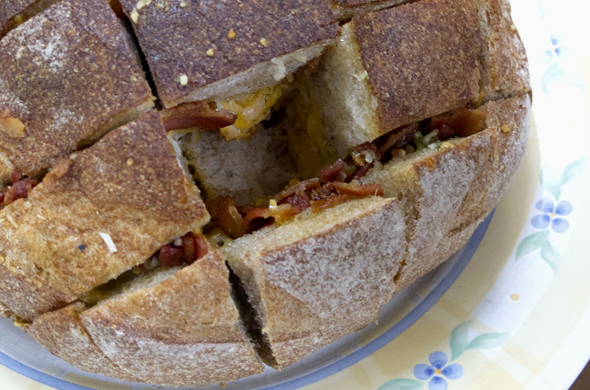 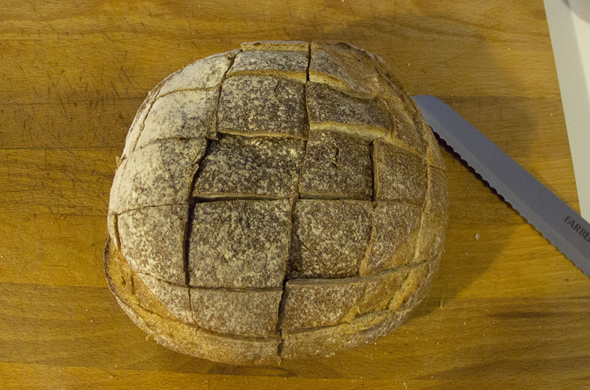 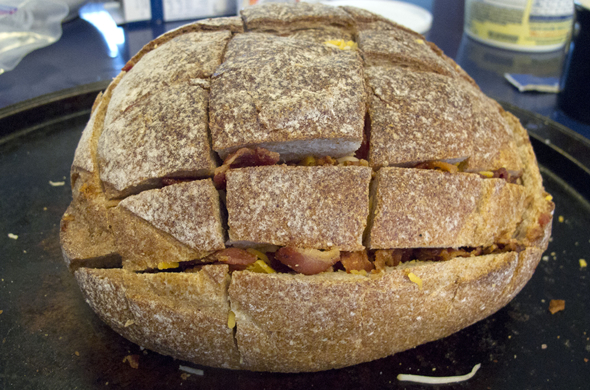 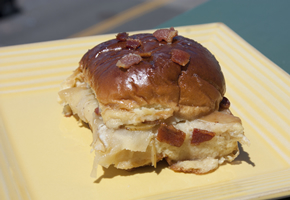 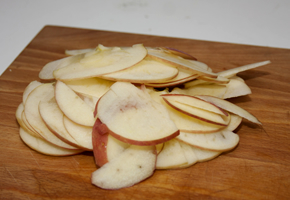 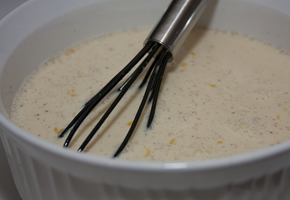 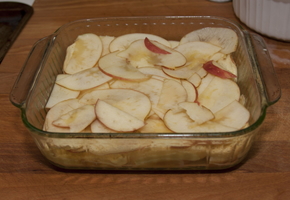 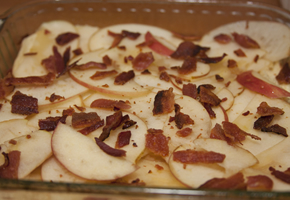 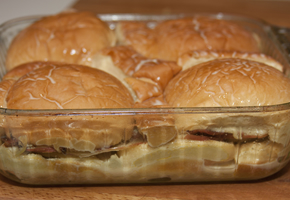 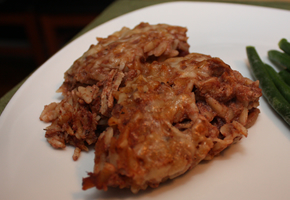 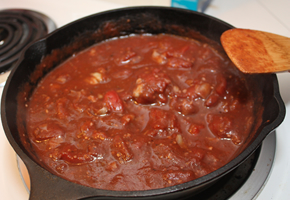 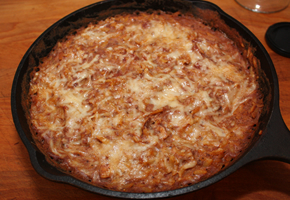