After making the BLT Panini, I had some really good bacon leftover so I wanted to make something else fun with it. I have no trouble finding uses for it but I thought about adding it into a pasta and then decided to let it have the spotlight. Sundried tomatoes and spinach rounded out the BLT-ness of this and the sauce was really minimal. The minimal is good in this scenario since the 1980s are probably trying to reach me and take the sundried tomatoes back. 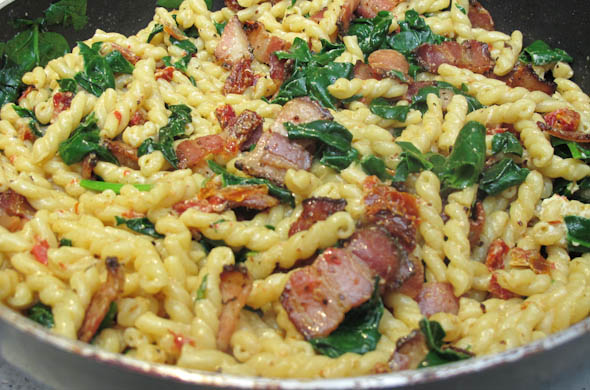 Bring salted water to a boil for the pasta.
Pan fry the bacon until crisp in a large skillet, then remove and drain on paper towels. Remove from the heat and discard half the bacon grease (keeping half in the pan). 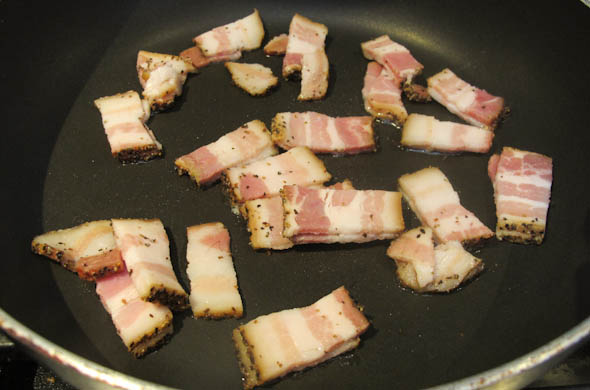 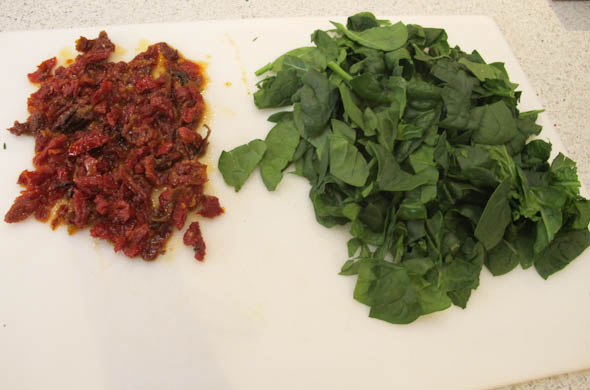 Drain the pasta when cooked reserving a bit of the starchy water.
In the skillet with the bacon drippings, add in the butter and the cream cheese, melting over medium low heat. Add in the milk, pasta, sundried tomatoes, parmesan, spinach, salt & pepper. 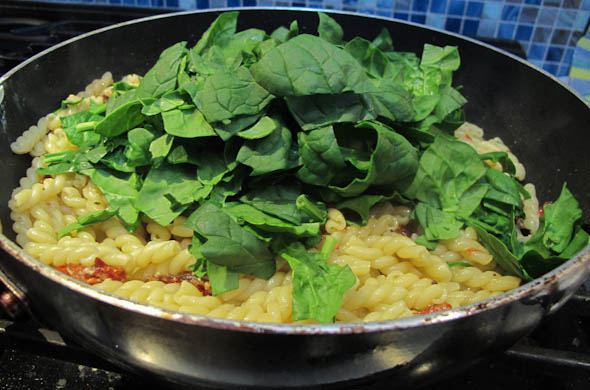 Raise heat to medium and toss well to coat for 1-2 minutes. If it seems too dry, add in a splash of the cooking water.

I liked the simplicity of this dinner. I didn’t want the spinach to disintegrate completely, just to warm a touch. I’m all about sundried tomatoes lately. Sometimes you just need to revisit something to remember what a fun tough it brings. Roasted cherry tomatoes would be good too. 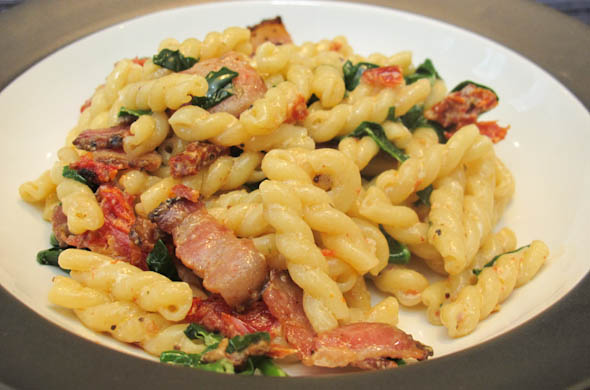