Ohh yes I did. Mr. J’s birthday burger was a Mac & Cheese Stuffed Burger! I’ve tried in the past making fried mac & cheese fritter to top a burger with, but haven’t had luck keeping it together. Stuffing it was a success! We topped them with bacon jam, caramelized onions, and sliced tomato. 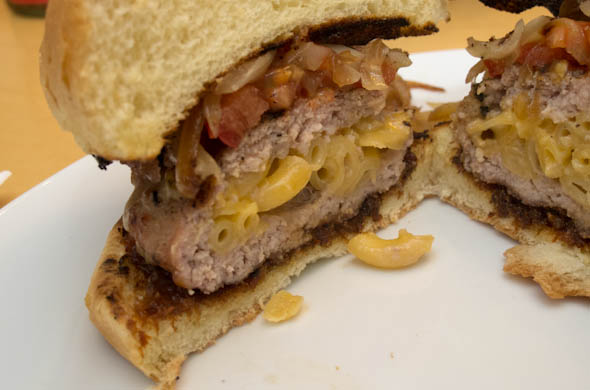 Prepare the Mac & Cheese according to your package. Then refrigerate at least 10 minutes stirring a few times to cool it down. 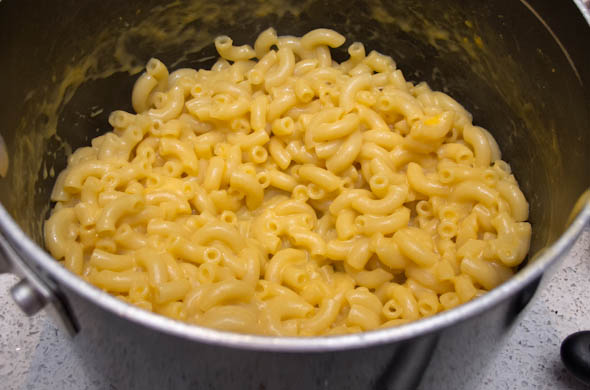 Divide the meat into 2 halves and form the ground meat into a ball for each burger. Pull off about 1/3 to become the “cover”. Form the remainder of each into a patty.

Spoon about 2 tablespoons of mac & cheese onto the center of each patty. 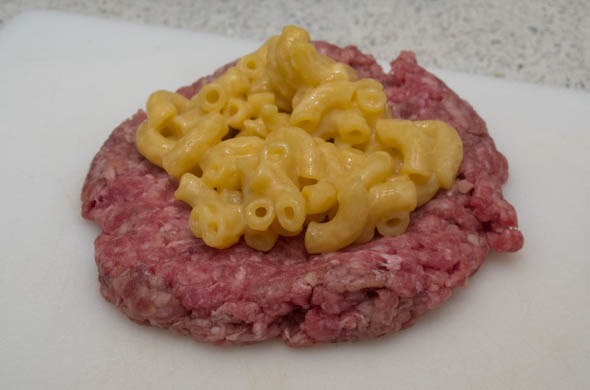 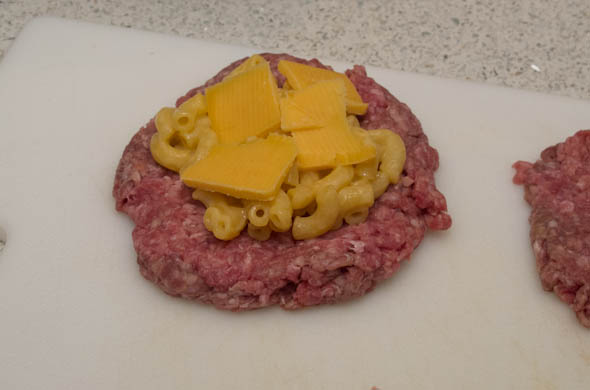 Place the remaining ground meat ontop and pinch with the edges of the patty. Work it with your hands to really connect the top to the patty. Form it into a ball and then flatten a bit.
Grill to cook through. The meat is thin but you want to be sure the meat cooks all the way through without any raw meat amongst the mac & cheese.
Enjoy!

This was a fun one. It definitely felt unusual and like a good choice for a birthday burger. The little one got a head-start on dinner but then I gave him some mac and cheese when we were eating and he loved it! I mean, who doesn’t, but like father like son!

Here’s the history of the Birthday Burgers:
2015 it was a Picnic Burger with slaw & potato sticks
2014 it was a German Burger with horseradish, caramelized onions, pickles and a pretzel roll
2013 it was a Vermont Burger with maple mayo, cheddar, bacon, and spinach
2012 it was a Bacon Wrapped Burger
2011 it was a Stuffed Burger stuffed with bacon & cheddar or bacon & blue cheese