Awhile back I was wanting to make something crazy in the waffle iron. There’s a restaurant I heard about in Syracuse, New York, called Funk ‘n Waffles, that puts all sorts of cra-zy things onto waffle irons. I loved the crispification it sounded like would come from cooking on a waffle iron. I literally had “cook something weird as a waffle” on my ideas of foods to blog. I used a cornbread mix with cheddar as the base topped with chili. 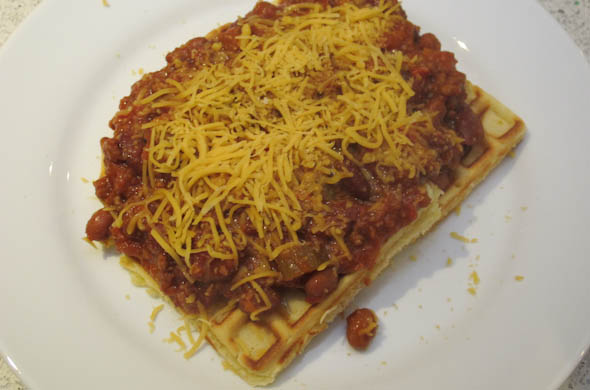 I tried a bacon hashbrown thing that failed miserably. It stuck and never crisped so I ended up tossing it into a frying pan to salvage it. I didn’t end up blogging it because I felt defeated, and tired, and pregnantly-hungry, and I blame my waffle iron. My waffle iron is really some plates that insert into my panini press/griddle. I loooove that they aren’t all separate appliances (since I make waffles mayyybe once a year) but it means that the nooks are pretty shallow…1/3 the depth of a Belgian waffle iron. That’s probably the ticket to more surface area for cooking crazy things. This time I stuck closer to waffle batter and made cheddar cornbread waffles for some nooks the leftover chili could rest it. Such a winner. 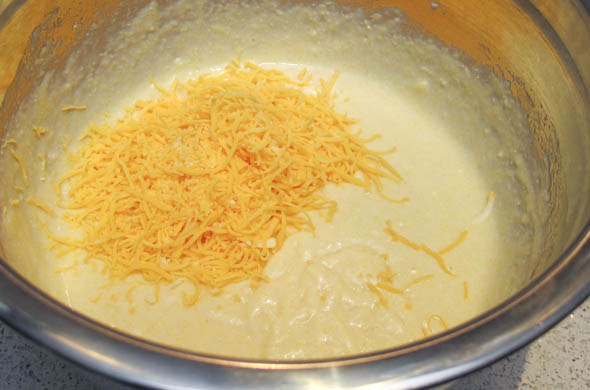 Add in a little extra milk or water to loosen it enough that it drips off the whisk like pancake/waffle batter.
Ladle onto the waffle iron and cook until crisp. (mine takes about 4-6 minutes) 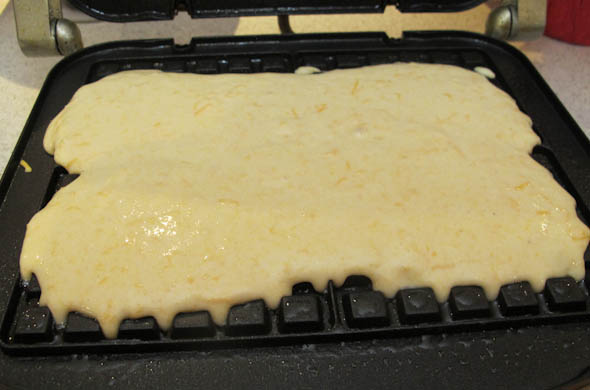 Serve waffles topped with chili and some extra cheese. 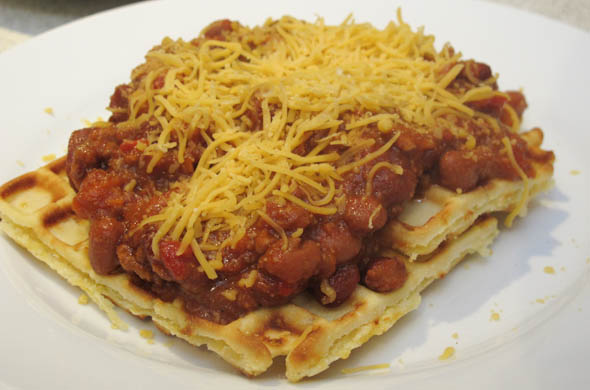 I liked this platform. The chili was leftover and would have seemed like a bit less if we just ate it straight up. I probably had a size-able serving for 1 of chili but with the waffles, this fed two of us for dinner. Bam! Leftover magic! It was great to just have to prep the waffles while defrosting & warming the chili.

If you’re a big waffle person you could definitely prep the waffles and freeze them when batching up leftover chili. Then they’d just go in the toaster or oven when it was time to serve!

One thought on “What I Ate: Chili over Cheddar Cornbread Waffles”