On Sunday I was lucky enough to get a spot with the Boston Brunchers for an afternoon at Chestnut Hill Square. I was so glad I went since I haven’t really been over there since it was all re-done. I was glad to meet a few new bloggers and this event was fun because we mixed a few categories of foodies, athletes, etc.

We started at True Runner and got to test out some New Balance sneaks for our hike and some techy tom toms. I declined the Tom Tom and stuck with my fitbit. I did take advantage of borrowing the sneakers. They were great, though I don’t know how much I’d have to love them to dish out $115 for them, since a) I’m not a runner and b) I’m 4.5 months pregnant so starting to run isn’t in my near future. How fun are those laces though?! 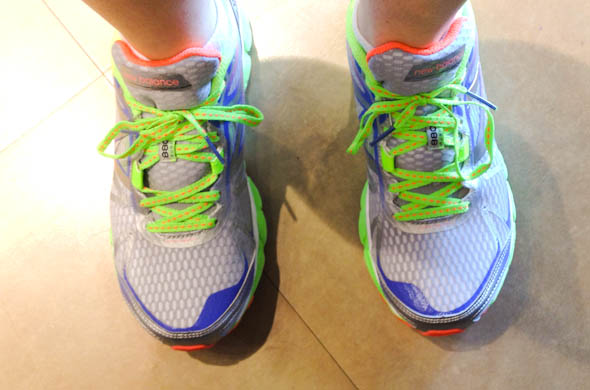 We walked a leisurely pace. I clarified that we weren’t running but I hope the pace wasn’t meant for me. I could have gone faster but it was beautiful out and the homes in those neighborhoods are so amazing.

Then we returned and promptly went to Sweetgreen. They were very hospitable with blueberry basil lemonade ready at our reserved tables. I love that they focus on local foods, and that they compost everything. My only thought was that we were crammed into the patio. They made a bunch of salads for us to pick from but some of us were boxed in and got stuck with 2 remaining choices nobody really wanted. I think their menu looks fantastic and I’ll definitely be back…that being said, I wasn’t into my salad. I just can’t give a steller review for a salad I would never have chosen. 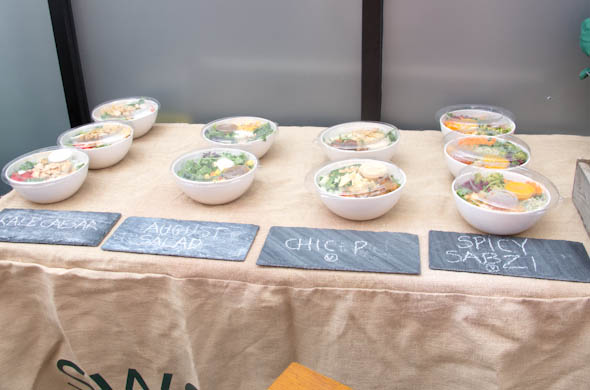 I had the Spicy Sabzi. It was spinach and kale, with spicy quinoa, spicy broccoli, raw beets, carrots, sprouts, and tofu. Had I known what was really in it, I would have passed. It was just too spicy for me. Plus, I don’t like raw beets, and sprouts are a no-go during pregnancy annnnd certain squishy foods aren’t appealing to me these past 4 pregnant months. They were super smart to have stuff ready, but I wish I got to order. I’m glad we weren’t disrupting their usual customers though. 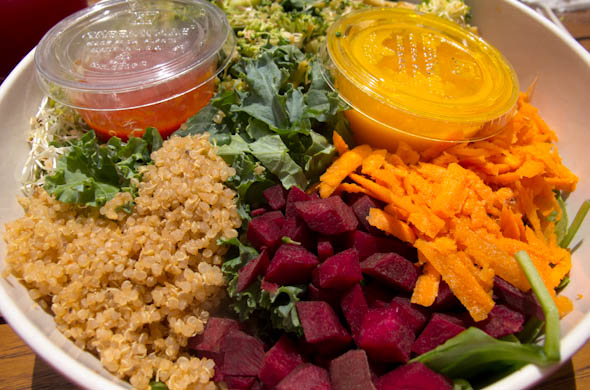 The dressing was a chili vinaigrette and I skipped the sriracha. I ate some of it. It was just too spicy. A few salads were gone in a second ahmm:kale caesar, cough: chic p. I will go back because I like the prices, local ingredients, attention to detail, and the vibe. The santorini salad with feta, shrimp and cucumber basil yogurt dressing sounds amazing and the guacamole greens has my name written all over it. Who knew I’d be so picky for salad?

They gave us a taste of the seasonal gazpacho which was tomato peach. I loooved it. 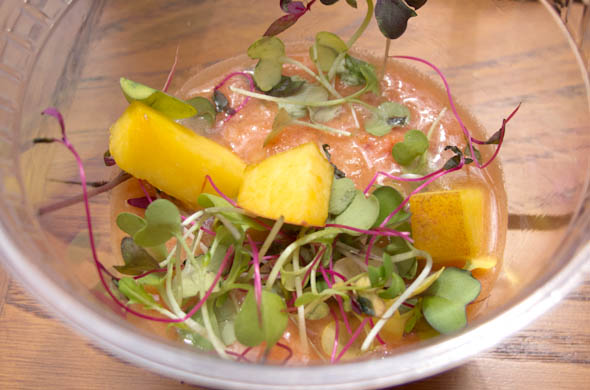 Next up was Sweet Cupcakes to round out our day. I love Sweet and went to the downtown crossing location a few times. They’re just so clever to have shots of frosting. Those came in handy when work was just too much. The cupcakes are better than most others around. 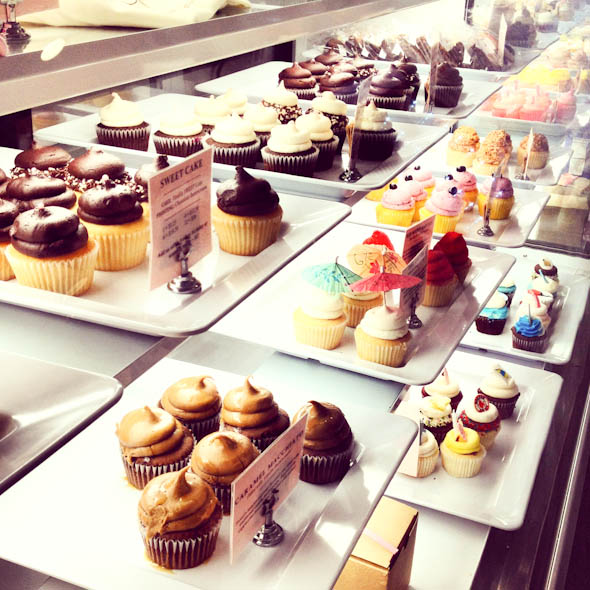 The shop and manager were just too cute. She told us about the seasonal flavors and how often they rotate. We had a few to try and then chose a few others to taste. We tried a Honey Blackberry cupcake which was the best dessert I’ve eaten in a months. The frosting was cinnamon-y and I loved it. I’d normally go towards peanut butter, chocolate,  or coconut. This made me change my tune. 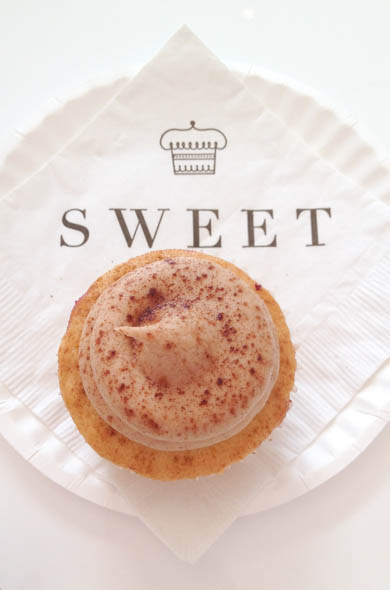 There are 6 Sweet locations and I’m glad they’re doing so well. They’ve opened one a year! Two other cupcake Boston area joints have closed. The Somerville one shall remain nameless, but I’m not surprised.

As an event planner I’m so impressed how well organized the whole day was. Three venues  and a group of more than 10 can definitely alter ideal timing but they had everything coordinated perfectly. We got some goodies from a few more of the stores and we had a delightful day.

Full 3 Bite Rule Disclosure: My invitation seat with the Boston Brunchers was completely complimentary but my thoughts, opinions, and words are entirely my own.

One thought on “Walk, Salads & Cupcakes with Boston Brunchers”