Boston’s Restaurant Week now happens several times a year, thus making it not-that-special if you miss it. I don’t always love it because I feel like it’s usually a group outing where we’re trying to accommodate everyone in the groups tastes.Some of the menus are really dumb-downed, the waitstaff hates it, and it feels like the B team in the kitchen. Now it is 2 weeks long so it’s not “a cool find”; it’s something you can’t miss. Long gone are the days where the restaurants pulled out all the stops trying to woo new customers. Let me just get off this soap box now…

Maybe it was the restaurant choice (Marliave), maybe because it was at lunch, maybe it was the menu, maybe they just have good waitstaff, I don’t know what it was but they restored my faith in restaurant week! 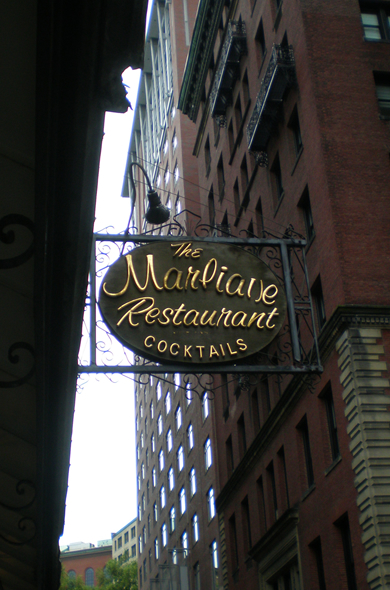 My colleagues and I joined our sister-office for a restaurant week lunch outing at Marliave. I couldn’t get over the menu. It has stayed up on the website for awhile so take a peek! Literally something for anyone. I have just a selection of our choices for a glimpse of the meal.

I started with the mac & cheese. I mean, are you surprised? It was probably the best I’ve ever had…and I’ve had a lot. They use house cut ziti which makes all the difference. The black truffle doesn’t hurt either. It is served in a small caraf that couldn’t be cuter. 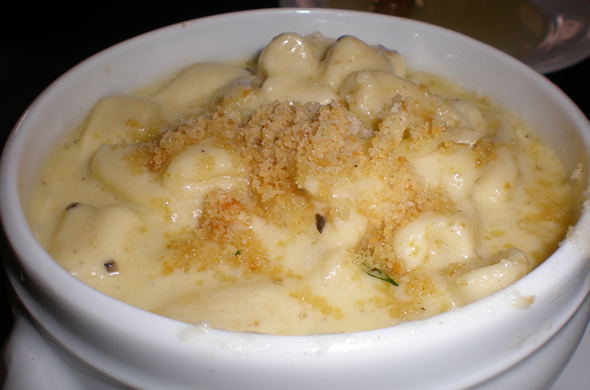 Ms. M had the caprese. Seems like a slightly less filling choice. It had aged balsamic and fresh balsamic. She said she could absolutely tell that it was Italian mozzarella. She lived in Italy as a child. She’s also vegetarian so I totally trust her on this. 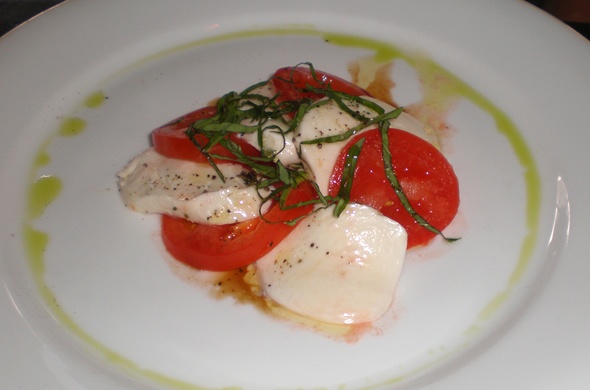 The second course was troublesome for me. So many choices! I ended up with fish & chips which is kind of random for me. I wanted the risotto but knew that wouldn’t pair well with the mac & cheese. 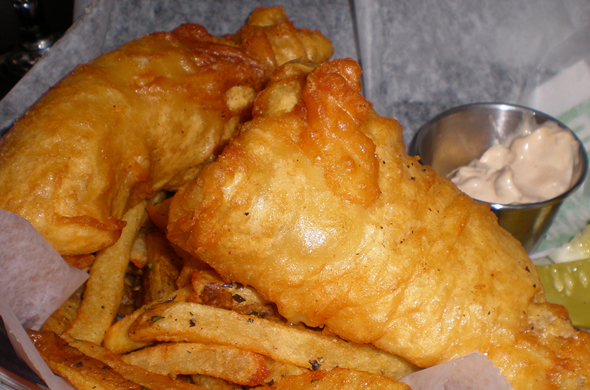 Ms. M got the mushroom risotto. Apparently if you don’t like mushrooms, this dish still won’t turn you to the other side. 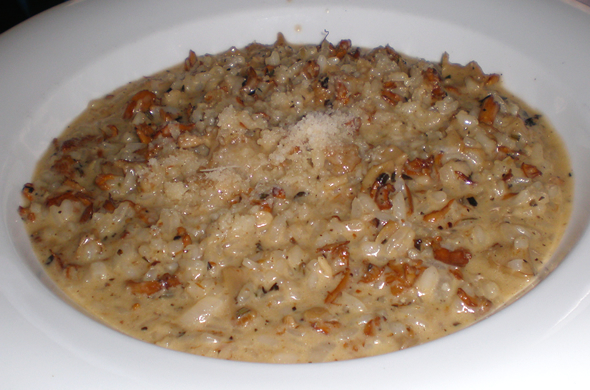 I really wanted the rarebits, but would be on cheese overload. I also had been eyeing the muscles appetizer. I should have just asked if I could have 2 first courses.

Peeking down the table the trout looked lovely and the portabello would have been good too. I suppose nothing could follow the mac & cheese anyway. I also didn’t eat much of it anyway so choosing something that reheated well was probably wise. 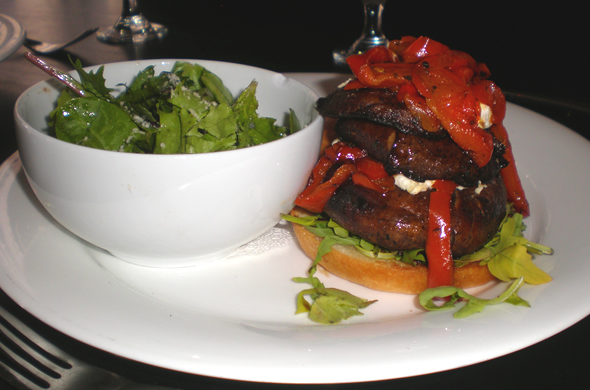 Dessert just made me want to roll on out of there. I was seriously so full and getting antsy that I couldn’t eat dessert. I chose the box of truffles and brought them back to the office. I really enjoyed them the next day. 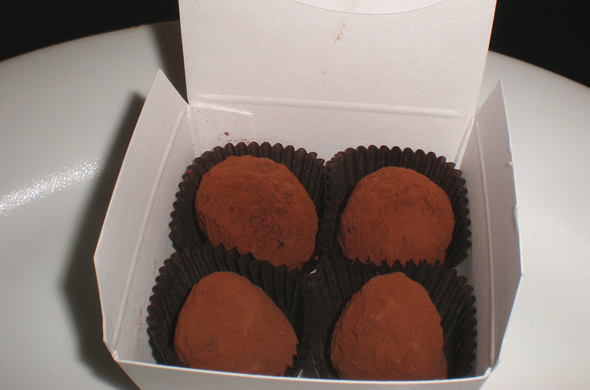 Ms. M had the chunky brownie sundae. It was delicious. She graciously offered me a bite. We all had commented on the butterscotch pudding. I tasted it and really couldn’t get over how creamy but light it was. Yum. 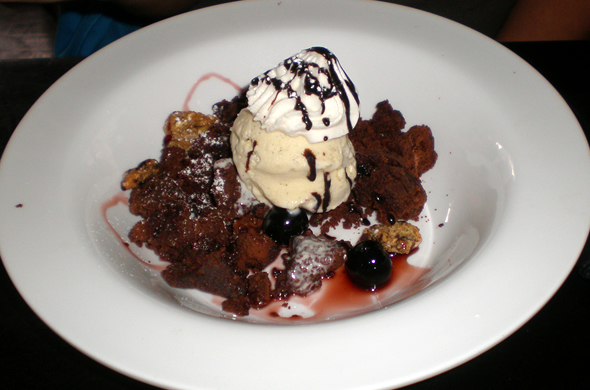 Based on the size portion of the glorious mac & cheese, I wish our server offered to wrap the massive amount remaining. Also, It took way too long for a weekday lunch that close to the financial district. Our reservation was for noon when it wasn’t busy at all and we had to really push to get the check once dessert. Empty plates showed we were done but we still waited quite awhile.

The mac & cheese was worth the $20.11 (plus tip) alone. They won me over and I’ll definitely have to hit up Marliave again…especially when cocktails are appropriate.