November passed before I got to eat enough pumpkin foods so I kept it going into December. This was super fast…unless you were to make your own cinnamon roll dough. If you’re likely do that then you can just skip past this. If a 5 ingredient bfast is up your ally then, you’re in the right place!! Welcome. Grab some coffee. Snuggle up. 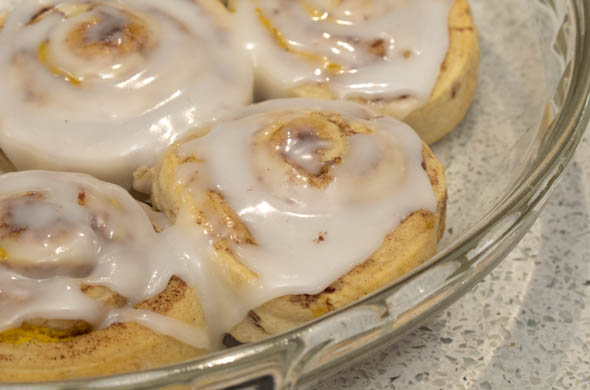 Preheat the oven to 400-degrees (according to your cinnamon roll packaging.
Mix together the pumpkin, cream cheese, and pumpkin pie spice. 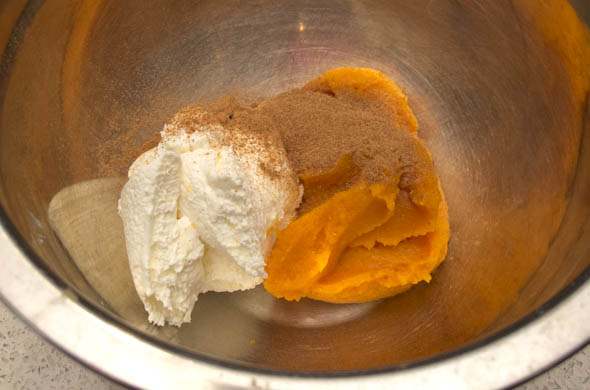 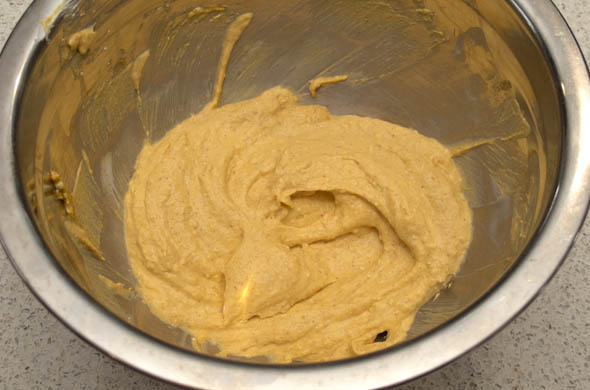 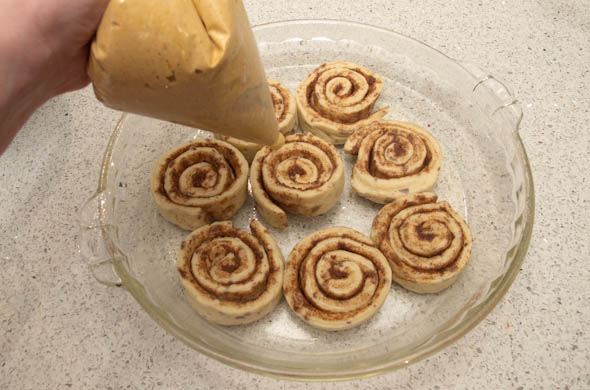 Bake 10-12 minutes, according to the package.

These were delicious! The pumpkin cream cheese filling was light, but so much more than regular cinnamon rolls. I almost mixed some apple cider into the frosting. Would that be too much? I don’t know. I could easily be convinced.