I love grilling season, and extending grilling season into the other seasons. I do sometimes think that I need to vary it up. This was a good way to do that without turning the oven on. I popped these guys into the toaster oven! 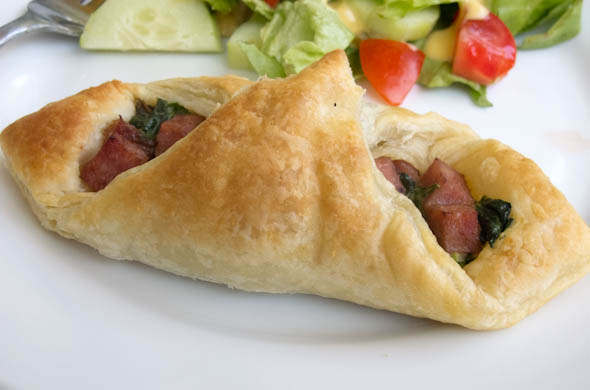 Preheat oven or toaster oven to 350 degrees.
Pan fry the ham until warmed through and crisp.
Cut each puff pastry sheet into four equal squares.
Spoon some spinach into the center from two opposite corners. 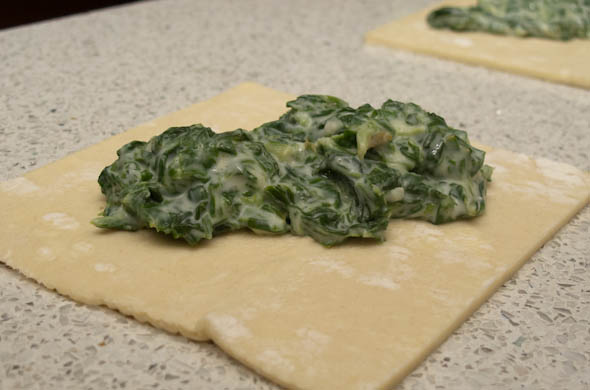 Add some ham, then tuck the two opposite corners over one another. 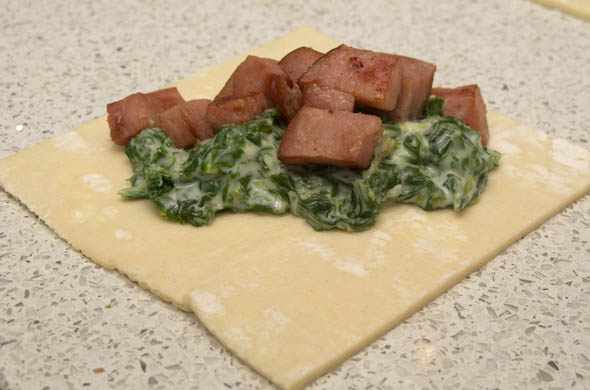 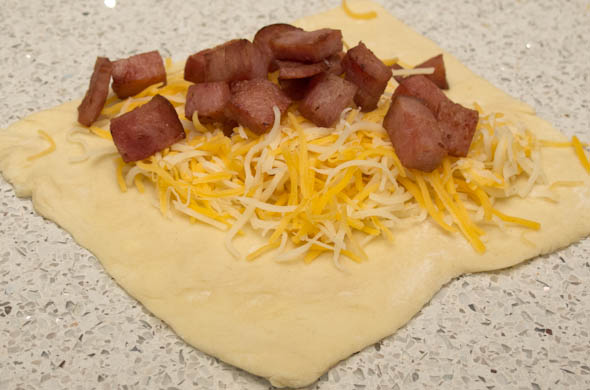 Bake 8-10 minutes until pastry is crisp and lightly tanned. (Bake less if you plan on baking them another time to use later or freeze.)

These were so good and so quick. Definitely a good alternative to everyday dinner. I served them with some salad.

They were great as breakfast too. I froze a few we didn’t get to immediately and they just needed a quick defrost before toasting. I’d like them as apps if they were a bit smaller. I would pop them in muffin tins to form their own cups. I had the spinach, ham, and puff pastry in the freezer. These are a great way to use some leftovers.