I loooove whoopie pies. I’m thankful that Mr. J comes from the state whose official treat is the whoopie pie (Maine’s official dessert is blueberry pie)! If I had my way, I wouldn’t have had a wedding cake, I would have served whoopie pies. Don’t get me  wrong, I ended up loving the cake, but how yummy would that have been?! For Christmas my bro & sis in-law gave me a whoopie pie pan and cookbook. It was so perfect since on the way to the C family Christmas I said I hoped I got a whoopie pie in my stocking! 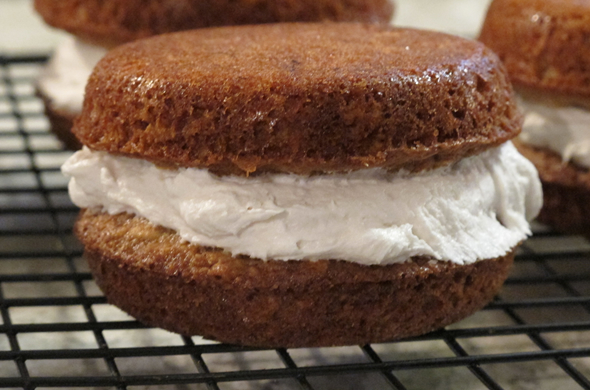 I’m not a big baker but now that I have lots more space and a fancy mixer, I hope to bake more. These came out great which was definitely a confidence booster. Also, you may recognize these from my Nosh guest blog post!

Preheat the oven to 350 degrees. Line two baking sheets with parchment paper.
In the work bowl of a stand mixer fitted with the paddle attachment, beat together the butter and both sugars on low speed.
Increase the speed to medium and beat until fluffy and smooth, about 3 minutes. Beat in the eggs one at a time. Add the vanilla dn beat until light and creamy, about 3 minutes. 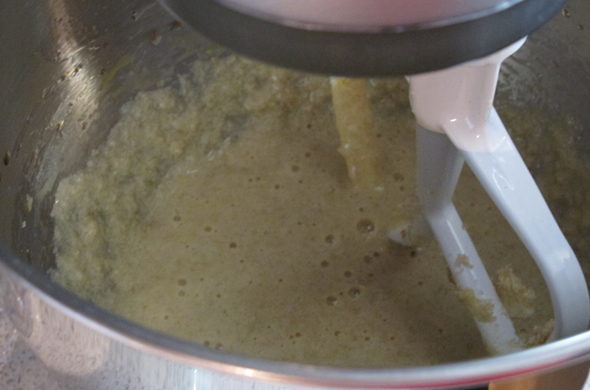 In a food processor or blender, process ¾ cup of the oatmeal until it resembles whole grain flour. Transfer the ground oatmeal to a medium bowl and add the remaining oatmeal, flour, baking soda, cinnamon, and salt. Add the oatmeal mixture to the butter-sugar mixture and beat on low speed until just combined. 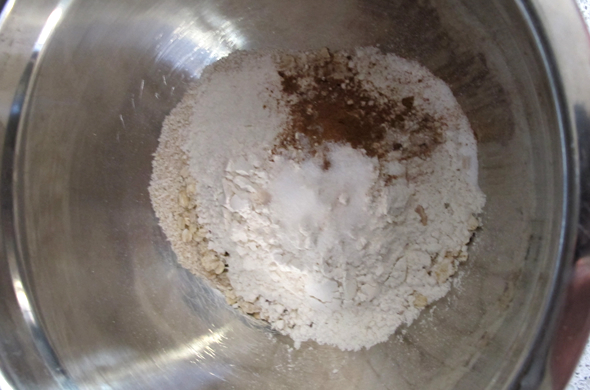 Using a spoon, drop about 1 tablespoon of batter onto one of the prepared baking sheets and repeat, spacing them at least 2 inches apart. 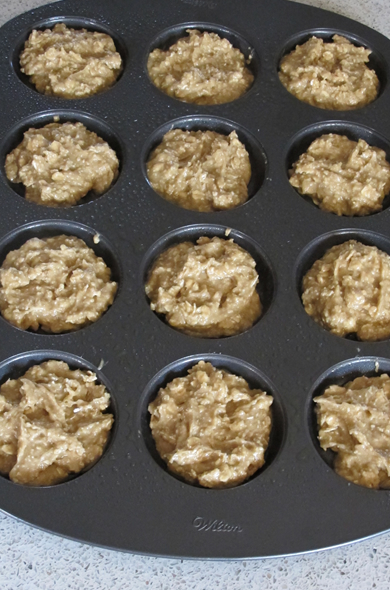 Bake one sheet at a time for about 11 minutes each or until the cookies begin to brown. Remove from the oven and let the cakes cool on the sheet for about 5 minutes before transferring them to a cooling rack to cool completely. 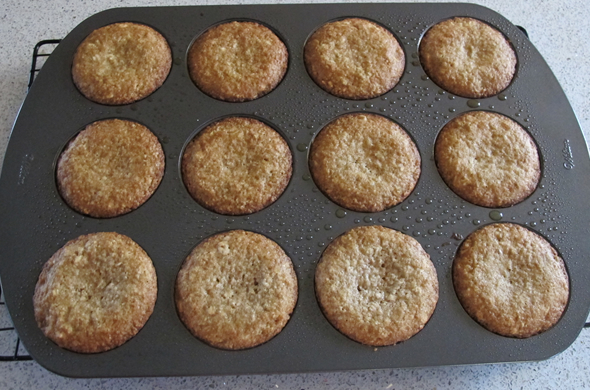 In the work bowl of a stand mixer fitted with the paddle attachment, beat together the Marshmallow Fluff and the vegetable shortening, starting on low and increasing to medium speed until the mixture is smooth and fluffy, about 3 minutes.
Reduce mixer speed to low, and add the confectioners’ sugar and the vanilla, and beat until incorporated. 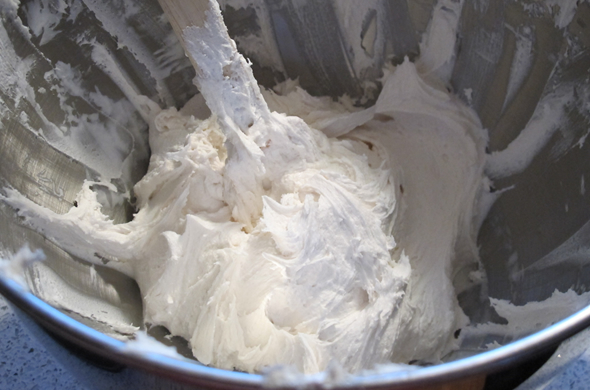 Increase mixer speed to medium and beat until fluffy, about 3 minutes more.

I was really proud of these and they were delicious. I might fill the whoopie pan a bit less next time because they were pretty large.
Using the whoopie pan, I made 24 cakes, thus making 12 whoopie pies. 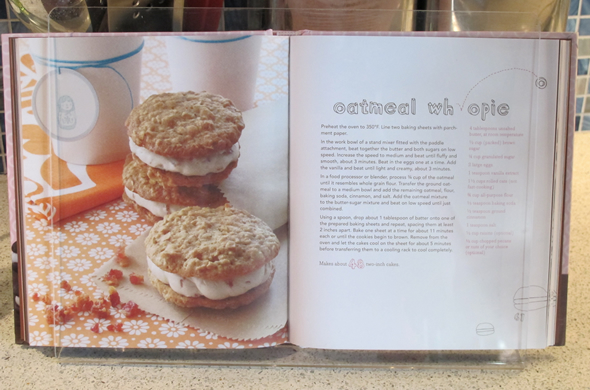 The cookbook is cute. I liked that it was casual (makin’ whoopie, beating filling until you forget about it, etc). The pictures are great and there are some great combinations (bacon chive goat cheese filling or pistachio cardimum cakes, or mocha etc).