Antico Forno: this restaurant named for the “old stove” warmed my heart. I love the North End in Boston and I love improptu date nights even more! We had a deal gift certificate that was on the verge of expiring and it was such a treat to have such a fun dinner on a weeknight! Mr. J had heard their pizza was pretty authentically Neopolitan and ever since the honeymoon pizza he’s been as obsessed about pizza as I always have been!

We started by sharing a salad. It was awesome and plenty to share. It had field greens, goat cheese, cherry tomatoes, grilled zucchini stuffed with goat cheese, and a crispy flat bread…kind of like flattened focaccia. 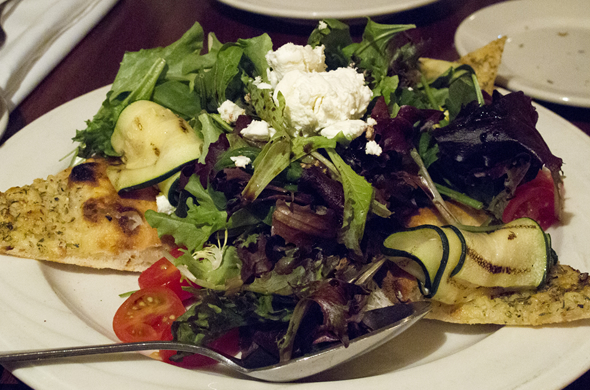 I can take or leave goat cheese so I didn’t think the zucchini needed to be stuffed with it since it was crumbled on top too, but the salad was good. The zucchini was a great addition to make this salad a bit more special.

Then we split 2 pizzas…and took a lot home. I blame the addicting flattened focaccia for filling us up.

We got one margahrita. We had to compare it to pizzas of Italy. 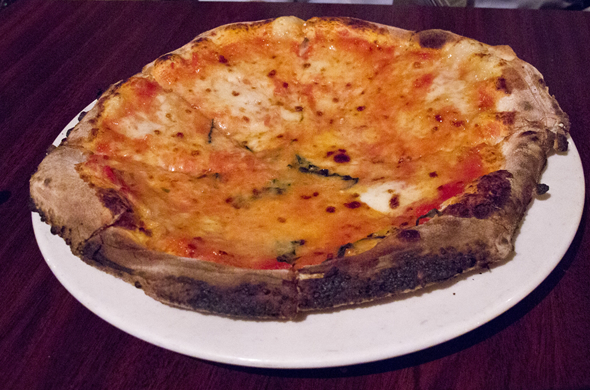 The other was called Vesuvio. This pizza had homemade mozzarella, roasted peppers, ricotta, tomatoes, and sliced prosciutto. 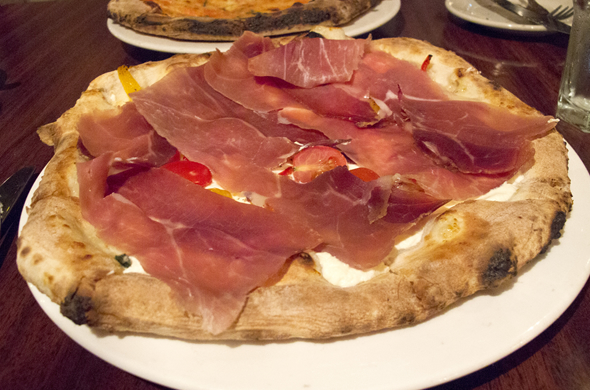 Check out the good stuff under this to-die-for-pizza. The ricotta was sweet and creamy. The prosciutto was perfectly salty and not tough at all. 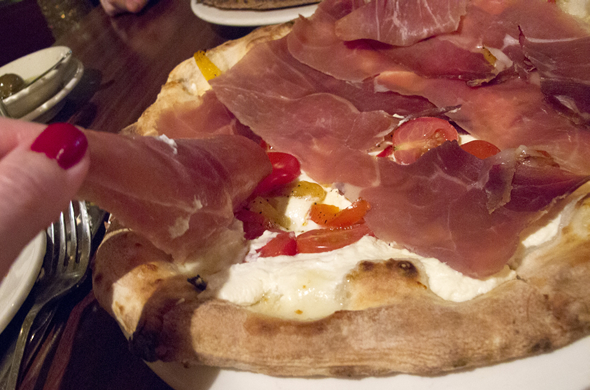 We ended the evening with a race to the train. Literally. We began realizing that since we had hurried over there, we were actually ending the meal basically in time for the earlier train. The later train would mean we needed to kill some time with a drink or whatever.

Somehow we made it. We ran outside to cross the street and enthusiastically hailed a cab. Theoretically we shouldn’t have made it in time but the red lights our cab ran through became a blur and we were on our train home. Whew.

One thought on “Old Stove”