In honor of a very special man Mr. J’s family lost I wanted to remember him at home since the  memorial service wasn’t for a while. I asked Mr. J’s Gram what Gramp would pick if he could have anything to eat. She said: pork chops, apple sauce, and sweet potatoes.

I took a spin off these and went with it. I made Sweet Potato Anna and Rye-Stuffed Pork Chops with Apple Thyme Pan sauce. It was good. Definitely not a light summery meal but it was a cool and rainy day which went perfectly! 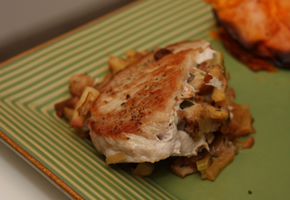 Rye Stuffed Pork Chops with Apple Thyme Pan Sauce
I found this recipe on a blog called A Sweet Chef check it out. This recipe looked amazing on there! I have nothing against apple sauce but thought adding apple into the pork would be more my style.

Toast bread in 1 tbsp. butter in an oven-proof skillet over medium high heat until crisp and then transfer to a bowl.  Return pan to heat. 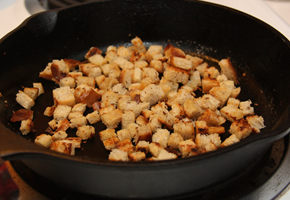 Saute onion, celery and apples in 1 tbsp. butter over medium heat until soft.  Stir in thyme.  Add vegetables to bread cubes.  Toss mixture with broth, vinegar and seasonings until liquid is absorbed.  Wipe out the skillet. 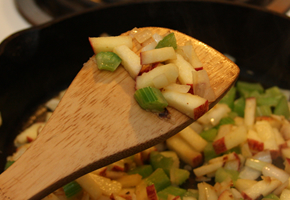 Prepare chops.  Fill pockets with bread mixture.  They will be full, but you’ll probably have some left-over stuffing.  Saute chops in oil over medium-high heat until brown on one side, about 3 minutes.  Carefully turn the chops over and add any extra stuffing to the pan at this point.  Transfer pan to the oven.  Roast about 8 minutes, then remove the chops and stuffing from the pan and set aside.  Tent with foil to keep warm. 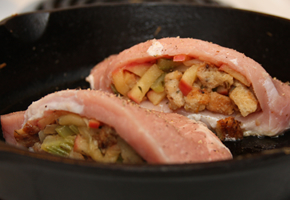 Saute shallots (onions) for the sauce in 1 tbsp. of butter in same skillet over medium heat.  Add flour and cook for 1 minute.  Deglaze the pan with cider, wine and vinegar.  Simmer until sauce is slightly thickened, about 2-3 minutes.  Finish sauce with thyme, salt and pepper. 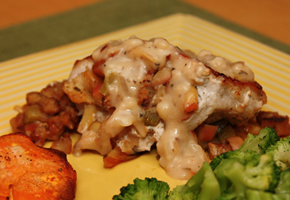 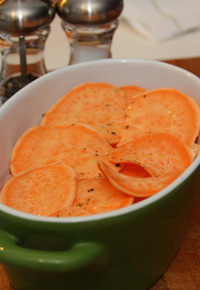 Bake 425 for 30 minutes until the edges are brown& crispy! 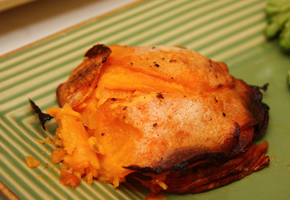 One thought on “Memory Meal”