March was awesome. My birthday was great. Work has been so busy but I also know April is only going to get crazier. The little one is busy, active, and loving the toddler class at daycare. I am not loving that they make glitter crafts almost weekly. What. The. Heck. Who gives toddlers glitter? I thought I had years before that would happen.

I’m glad it feels like spring is coming though we’ve had a random mix of temperatures. I’ve been mixing the “have to eat the last wintery foods” with “bring on lighter and fresher flavors!” I have probably never been so ready for an April getaway we have planned to take the little one to Florida. I’m sad Downton Abby is over but we’ve really gotten into The People V. OJ Simpson show. The last week we’ve been super sick so I think now all of us are on the mend. So-over the runny noses x3.

One of my favorite things I made this whole month was a Nutella Cafe Au Lait that I didn’t really plan on, but was SO fun. I totally have to froth milk at home more often. Try it, 30 seconds of shaking in a jar and 30 seconds in the microwave. 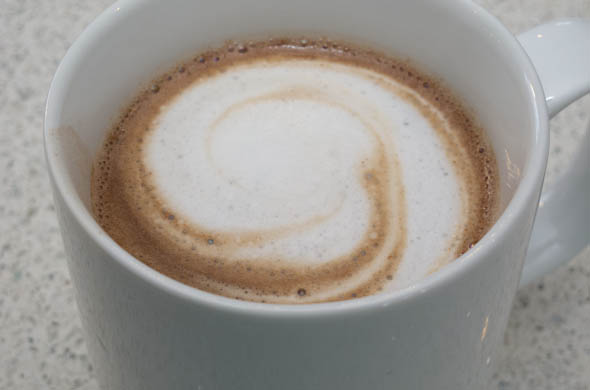 Another fav was, hands down, this caesar asparagus. So good. I’d eat just this and be so happy. 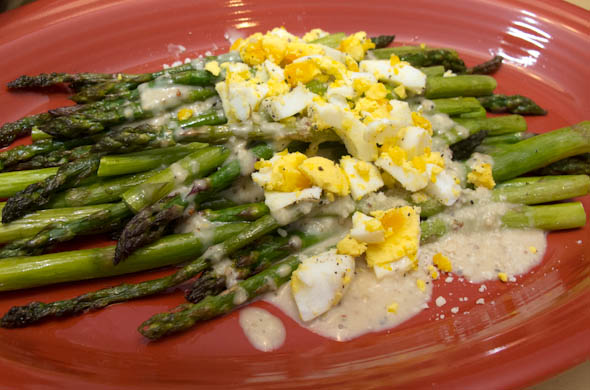 2016 Goals:
The Year of the: Seasonal Decor My sis stocked me up with some Easter decor for my bday! I don’t even know what April should be.
do something a different way: I’m making sure not to apologize for things I’m asking for. At work I found I often started emails apologizing for things I am following up on because the other person never responded. Have you seen the commercials?
drink more water: I’m doing OK drinking more, I could always improve.
make more interesting side dishes: yes! This Caesar Asparagus was the best side. I tried a fried mashed potato cake that failed miserably.
cook more soups & sauces: I made chimichurri on shrimp for a salad.
watch more movies: we watched The Martian, Zero Dark Thirty, The Big Short, and Steve Jobs.
make working out a higher priority: ehh, not really but now that it is light out later, I’ve fit in a few more walks.