Miss Liz just got back from Japan and has all sorts of food/meals to share!

I must admit I was nervous about the food in Japan. I went with two friends from work-Bekka and Rachel. I thought there would be sushi everywhere and I’m not a big sushi fan. Turns out, Japan has a wide variety of food and I was pleasantly surprised. Of course, there were lots of food that I was not ever going to try-ie horse meat.

My favorite meal was at a tiny restaurant that only serves dumplings in the Harajuku region of Tokyo. We found the spot courtesy of Lonely Planet.  We ordered some of each type of dumpling-plain and garlic and leek.  They were warm, tender and delicious. I loved the garlic and leek dumplings. Our meal also came with pickled cabbage (which you see every where in Japan) and cucumbers with miso sauce. The miso sauce was the perfect mixture of tangy and spice with the crunchy cucumbers. 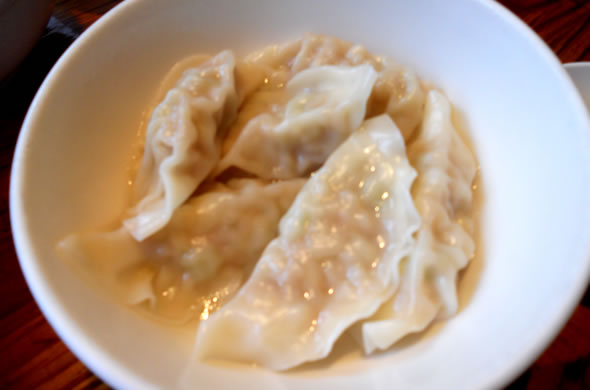 We tried soba noodles for dinner one night. They are cold buckwheat noodles. You dip them into soy sauce. Honestly, I wasn’t into it.

Tokyo is famous for its fish market. All the surrounding side streets have tiny stalls selling food. Rachel was adventurous enough to have a huge oyster (again with soy sauce) at 715am.  Some things, none of would try, like the chicken feet. 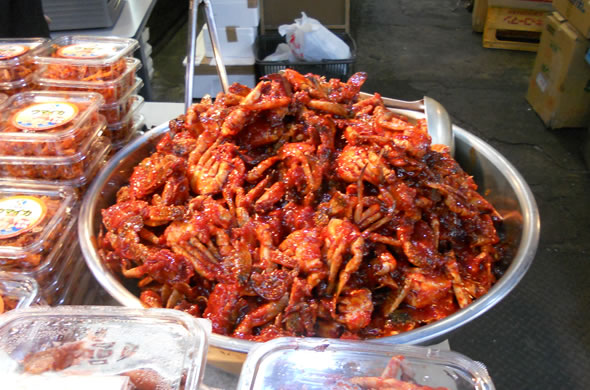 We were always nervous when trying street food. It was never labeled in English and the people selling it rarely spoke English. One day, people were crowded around a stall, we figured it had to be good.  OH MY GOD. This was my favorite food in Japan. Problem is, we still don’t know what we ate. It tastes like fried dough filled with sweetened black beans. Now, that sounds like a silly combo and nothing they would eat in Japan, but it was amazing and the Japanese were lining up for these little snacks.

It took us a few days to realize, Japan stops serving lunch at 2pm.  Unfortunately, one day, we were really hungry and it was down pouring. We were desperate to find a restaurant that was open and had an English menu.  After 20 minutes of walking around in the rain, we settled on the only open restaurant we could find. They did have a menu with pictures, but no one spoke English. I asked 2 young men in the restaurant what the pictures were and they were able to tell me the following: “Beef, Bird (with a guy moving his arms like the chicken dance) and Shrimp”.  Bekka and I got beef. Rachel decided on “bird” ie chicken fingers.

Before leaving for Japan, I heard about rice balls. I thought I was going to be in heaven. Turns out, its densely packed rice and then fried/grilled and then sits in your stomach like a hockey puck. They sell rice balls, which are not fried but wrapped in nori at convenience stores for quick snacks and breakfast. 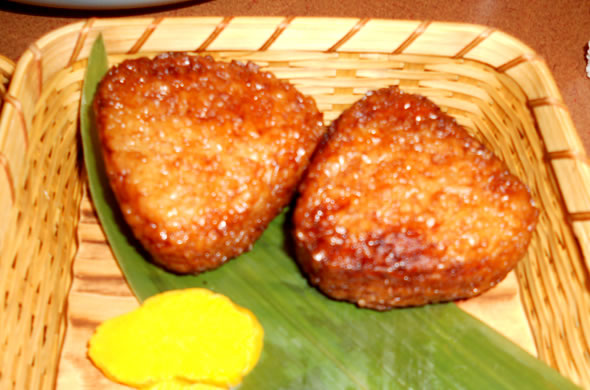 Rachel did some research in Kyoto in found a really fun local restaurant where we got to sit on tami mats. Kishakura specializes in chicken.  They offered tofu as an appetizer, I passed on it but it looked really pretty.  We share a bottle of local Sake. 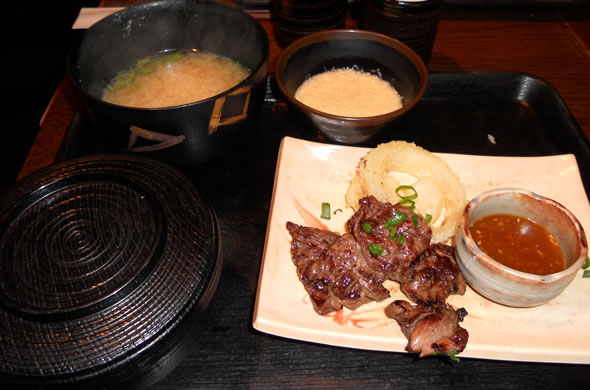 One day, we needed to grab a quick meal. So, we had Ramen that we ordered from a vending machine. This is pretty common in Japan for causal restaurants. You order at the vending machine with help of plastic food showing you what your order will look like. The ramen was great. The noodles were thicker than ramen we make a home with boiling water. 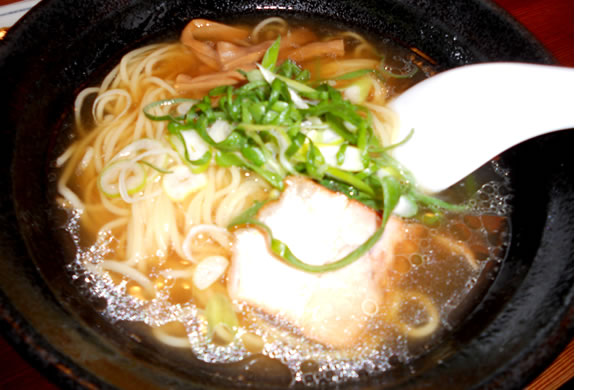 Finally, sushi! I don’t like sushi, but I tried it in Tokyo at convoyer belt sushi place.  Bekka and Rachel enjoyed it. 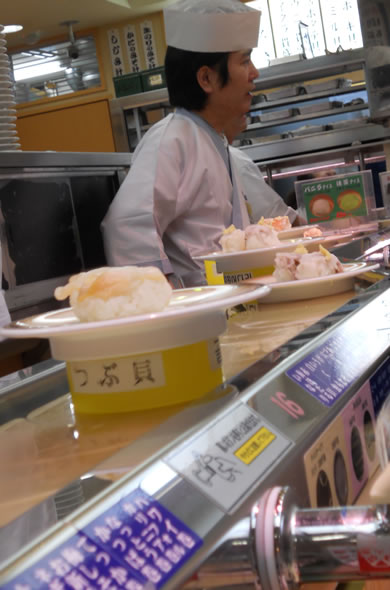 All in all, it was a great vacation and we had some interesting food!