I love greek food and swooned when I saw Ina Garten make pastitsio. She served it with a feta and watermelon salad at her lovely house in the Hamptons. Greek dinner in a garden setting? I’d love that! It seemed so magical and inviting. A lantern lit pathway and fresh flowers never hurts, right?

I thought it might be a good wintery food. I made this a few weeks ago but it would be perfect right about now. The C family is enjoying comfort food and family during this difficult time. 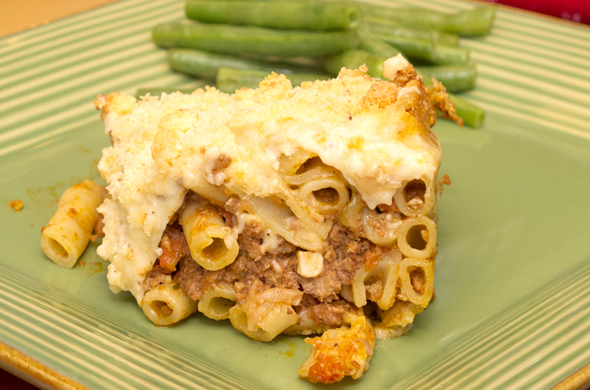 This seemed like a good post for a Friday because, this is a weekend meal if I ever saw one. Don’t go trying to whip up Pastitsio on a week night. Some folks joke that pastitsio translates to messy kitchen.

Read the whole thing so you can be ready for the next step. Pastitsio requires meat sauce, the pasta, and the cream sauce. You could break up the work by prepping the meat sauce the day before.

I love the cinnamon flavor for savory Greek dishes. I think the cream sauce on the top compliments the tomato and the red wine flavor.

For the pasta and the meat sauce:

In a large pan, saute onions in olive oil over medium heat, adding garlic just when the onions become translucent.
Add in ground pork, breaking it up with a spatula. Then add red wine, cinnamon, nutmeg, oregano. Cook for about 10 minutes, stirring occasionally. 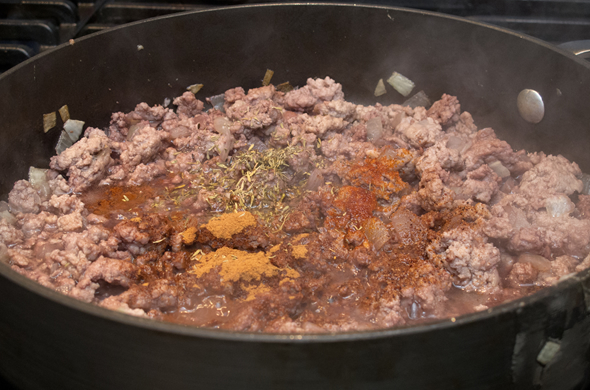 Boil water for the pasta.
Add tomatoes, salt, pepper and simmer for 20 minutes so the liquids evaporate and the sauce/mixture gets thick.
Put the pasta in the boiling water and cook according to the box (undercook by 2-3 minutes as it will bake and continue cooking).
Preheat the oven to 350 degrees.

In a medium saucepan, melt butter over low heat.
When butter is melted, add in flour and cook for 5 minutes, stirring. 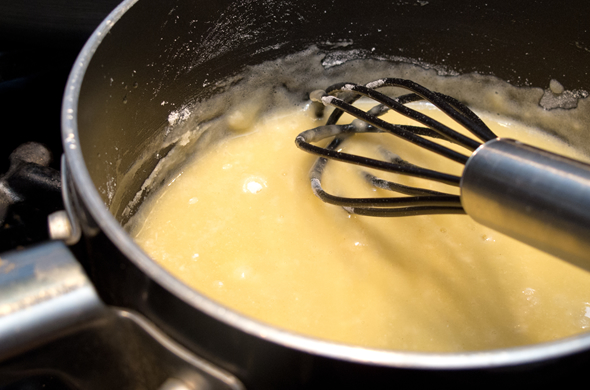 Add in the milk, whisking until smooth.
Add salt and nutmeg and ½ cup of cheese. 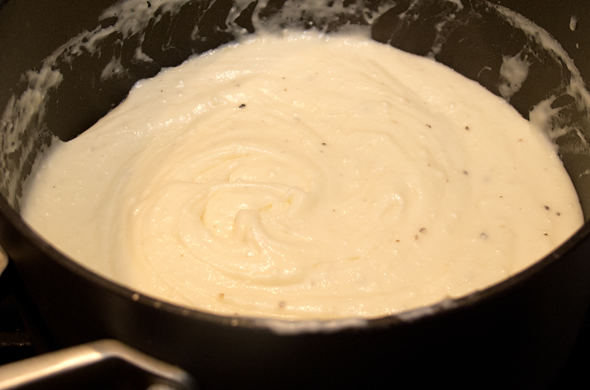 Remove from heat.
Once it begins to cool slightly, add in 1 egg and whisk quickly so the egg doesn’t cook. 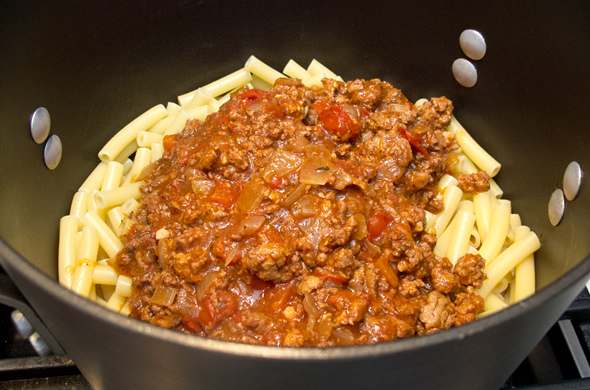 Spread ¼ cup of the bechemel sauce onto the bottom of a non-stick-sprayed 13”x9” baking pan. 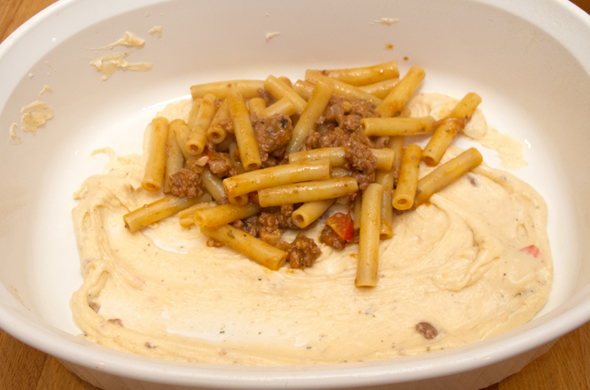 Layer the pasta and meat mixture into the pan.
Spread bechemel sauce over the top of the pasta/meat mixture. 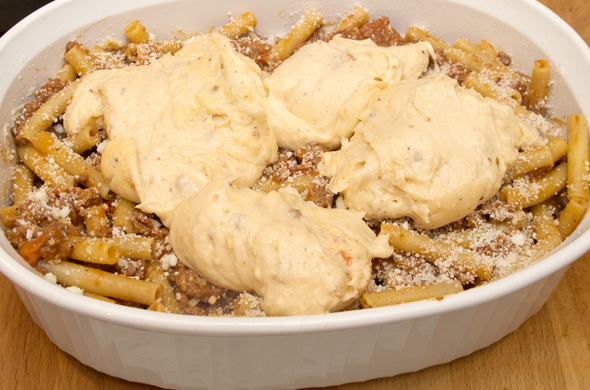 Bake for 30 minutes covered.
Sprinkle the top with remaining cheese and bake for an additional 20 minutes uncovered. 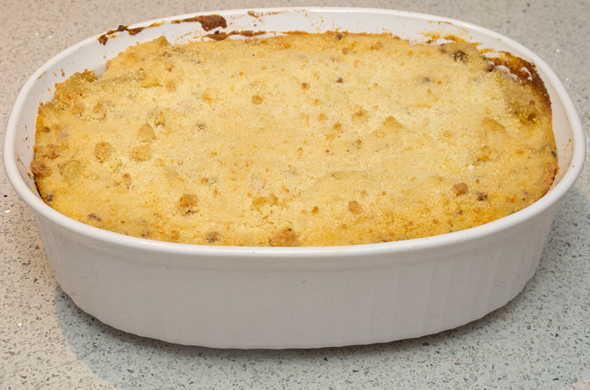 Remove from the oven and let sit for 10 minutes before cutting.

This takes awhile to get assembled but then it just cooks without you…leaving you plenty of time for all the many dishes accumulated throughout the process.

I loved this. I like the Greek use of cinnamon in savory dishes. This is rich and filling. We ate it for a few dinners & lunches. It reheated nicely.

One thought on “Greek Pastitsio”