I didn’t really mean to disappear but ohh well. It happens. I had visions of returning from vacation, making one quick thing the weekend after vacay which I’d blog. It just didn’t happen. 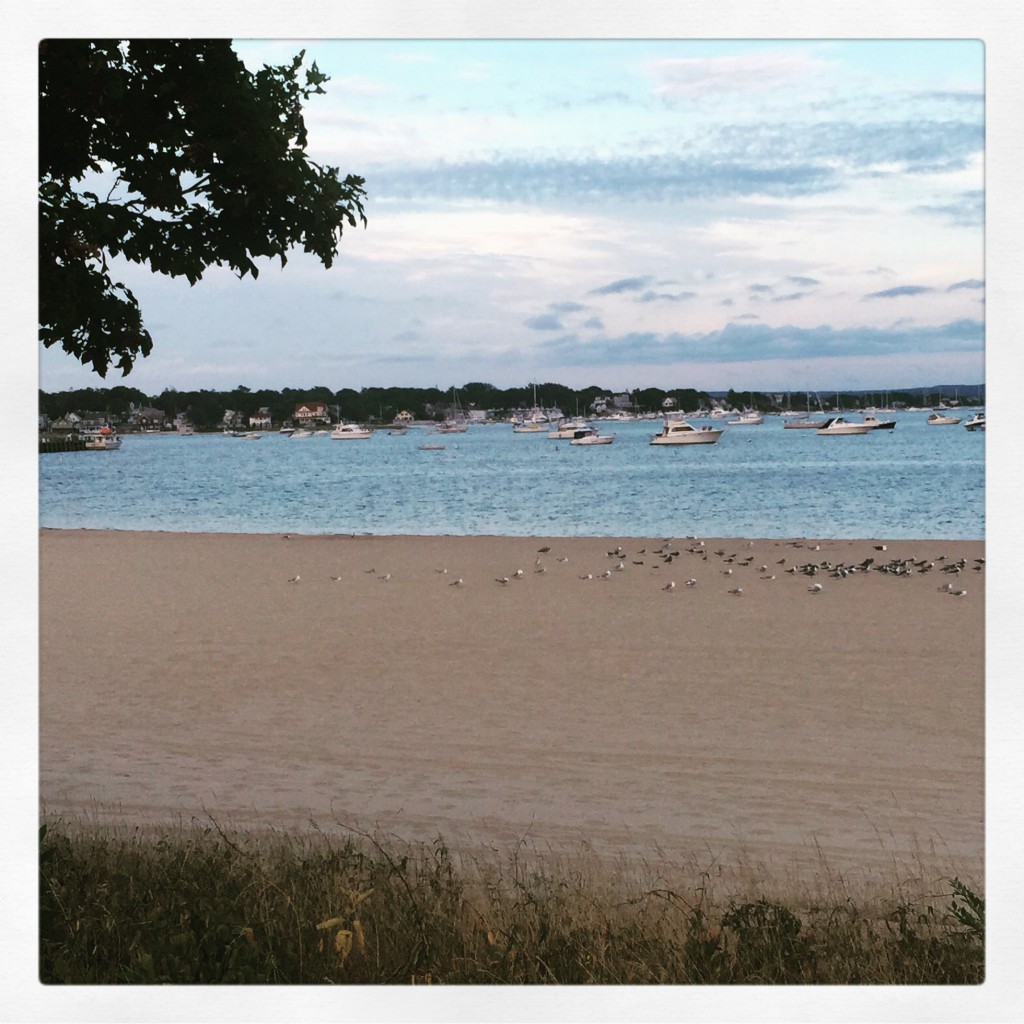 Then, I did make something to blog the other night but it wasn’t amazing and it “crisped” too much in the oven so it really wasn’t photogenic. There goes the 2nd thing I had planned for the blog this week! It was a roasted tomato/basil/mozzarella/garlic/truffle oil calzone. Tasty, but not so pretty.

In other news, the beach vacay was so wonderful. The Little One was so happy in the sand, being able to walk right into the ocean, and finding hermit crabs. He thought the crabs were turtles (which is our fav word he says) so “turt-tle” they were. The little one got his very own ice cream cone for the first time and ate corn on the cob. We ate nightly ice cream and watched a lot of Olympics…complete with Olympic bingo I found!

I didn’t cook anything during vacation but brought some lunch things like Mexican Street Corn & quesadilla stuff as well as Sesame Peanut Noodles. Both were easy to prep the sauce in advance and bring the rest to just assemble onsite. I like them as leftovers too.

Then, we got back Friday evening and had the whole weekend at home which totally got us back into the normal groove before returning to work/daycare. I’ll say, how much rest do you need when you’re 1.5 years old and returning to days of water-play, snacktimes, naps, and stories?

Saturday morning I ran a 5K. Cra-zy. I wasn’t sure I’d be ready but I did and I’m so proud of myself. It was hot, I was definitely struggling, but I ran the whole time and wasn’t last…my two goals! 10am mid-August is hottt. My ap said 3.6 miles but whatev. Seeing Mr. J and the little one by the end got me there. I have more work to do before attempting another but it was good.

Now I’m on a mission to eat all the summer things before labor day. Go!

One thought on “Goings-on”