Today I’m lucky enough to have a snow day! Woohoo! I love snow days now that I don’t have to make them up. We got out early yesterday and are home today. Snow days are so fun to be unproductive and drink hot chocolate all day. Since today feels like a weekend day, I wanted to share with you a brunchy food I made for Christmas Eve breakfast.

To me, eggnog is like spiced up melted vanilla ice cream. I don’t believe people who say they don’t like it. I believe they would like it if they just tried it (I seriously assume they haven’t tried it or maybe not tried it in their adult years). It isn’t something I go around drinking non-stop during the holidays but a sip or two is de-light-ful…just about a 1/4 cup is plenty now and then. I drizzled just a touch into my coffee one morning and was swooning. #genius 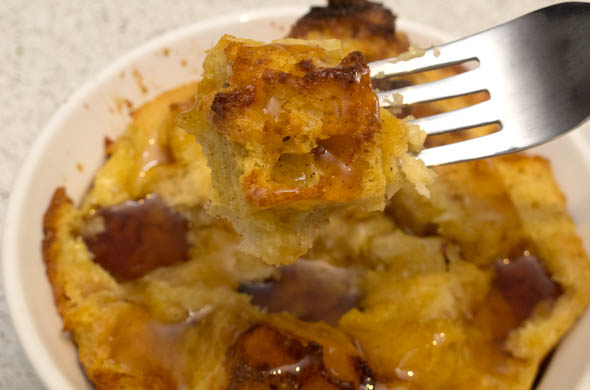 Those 2-3 sip glasses of eggnog means there’s probably a lot left. Here’s what to do with it: Eggnog Baked French Toast. Ooooo so good! I’d also make eggnog pancakes or eggnog oatmeal. Maybe an eggnog glaze for cinnamon rolls? Love these thoughts! I whipped up this eggnog baked french toast for Christmas Eve breakfast. Mr. J and I hosted Christmas Eve dinner so this such a fun breakfast to make the day feel like a holiday before anyone even arrived to celebrate.

I learned at a young age that this is the good stuff and it only happens once a year so get the real deal. Go get some and make this so you aren’t singing the winter-time blues. 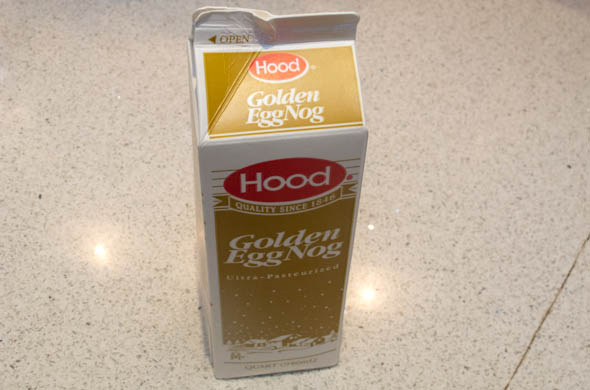 Preheat the oven to 350-degrees.
Whip up eggnog, egg, pumpkin pie spice, and vanilla in a large bowl. 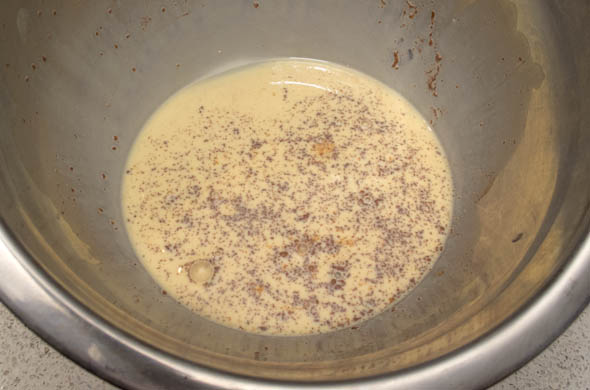 Add in the cubed bread and stir well. 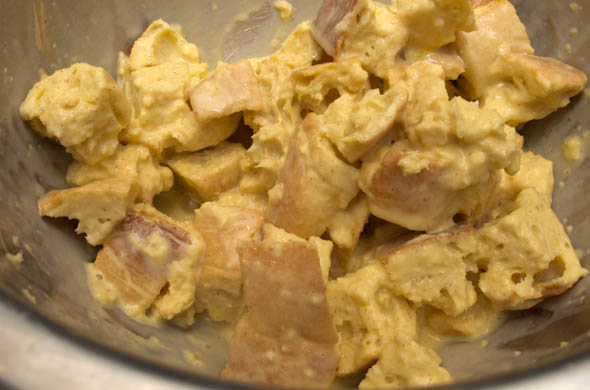 Spray ramekins or a baking dish with non-stick spray before spooning the bread into the baking dish(s).
Pour any remaining liquid from the bottom of the bowl over the top of the filled baking dish(s). 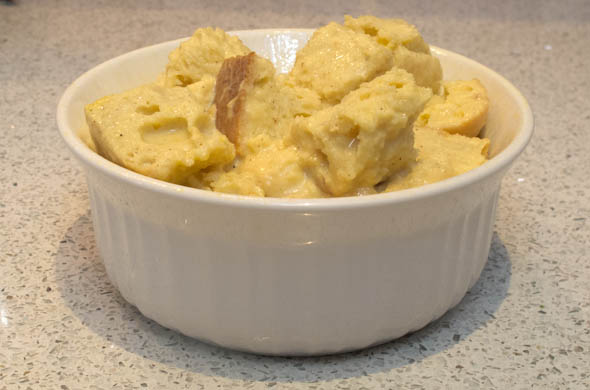 Bake covered for 30 minutes.
Uncover, and bake for another 10 minutes. 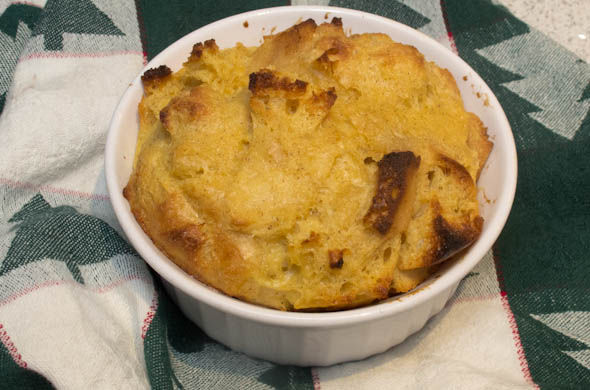 Voila! It was so good. There was that slight hint of wintryness to it but it very mild flavored. I loved it and would have loved an eggnog glaze over the top too. Maybe less eggnog-crazed people would think this was enough flavor.

Baked French Toast is the way to go. It is sooo much easier. A big one people could slice into would be good but individual ones are just so fun.  It saved me from having too much with leftovers. There are enough leftovers during the holidays. This one was just enough. I love the crunchy pieces from the top so I made sure they toasted up.

More eggnog leftover? Try eggnog cocoa! Or it would be prettttty amazing in a milkshake or smoothie! Now I wish I had some left! I can’t imagine buying more. I’d have to have a lot of plans for it. Plus I think the nutritionists at work would be horrified and pop out from the grocery dairy cooler. I’m pretty sure it’s a rule you can only buy one per year.