I love the simplicity most about this flatbread. It has some special touches but is wayyy easier than it seems! The cherries were frozen- with the pits already removed! They can pretty much thaw on the counter while everything else is prepping! What a great way to get another color of the food rainbow in! 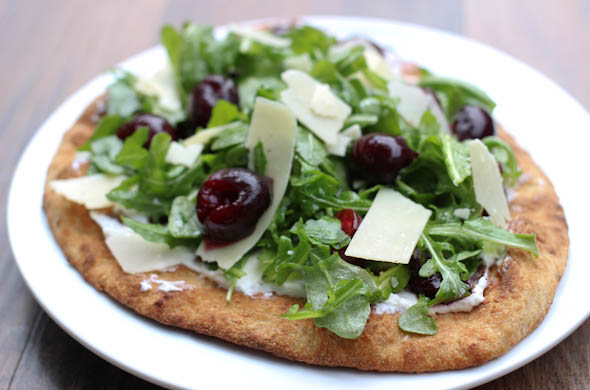 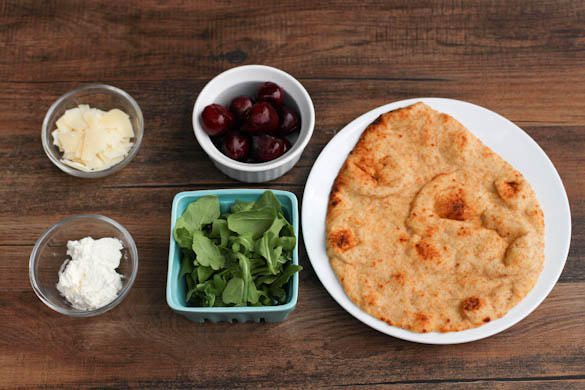 Preheat the oven to 350 degrees, or a toaster oven to toast the naan for 5-8 minutes, until crisping on the edges but still soft.
Toss the arugula in olive oil with salt & pepper.
Spread cream cheese on each piece of naan and sprinkle arugula, parmesan, and cherries on top. 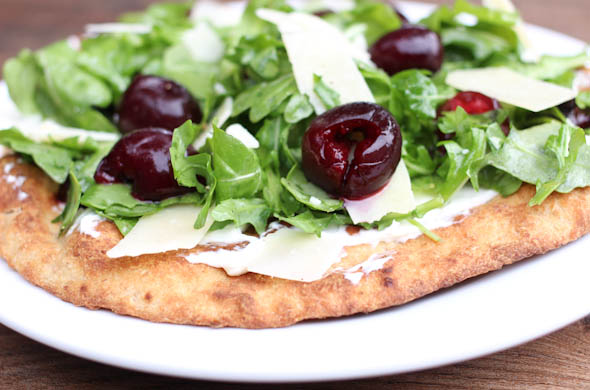 This takes 10 minutes and I can picture munching it on a patio at a restaurant who’d ask $18 for it. I love the cherries contrasting the arugula and parm. The cherries are a great smoothie addition for leftovers or are fantastic on yogurt. 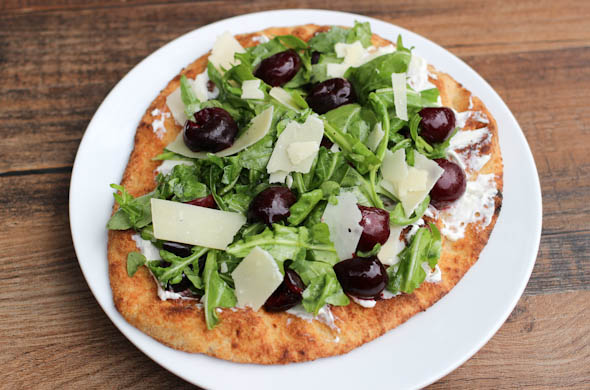 I use naan for the fastest weeknight pizzas ever. This week is nutty at work with an event this weekend so I planned some quick pizzas on naan for a weeknight meal and my Thursday night self thanks that Sunday planning self! Naan pizzas freeze well too if prepping in advance – not an arugula flatbread, but go for it with traditional toppings! I also found tiny naans that are a great kid size for lunches too!