To celebrate Sis’ birthday we jetted off to Atlanta for the weekend. It was a fun-filled, sight-seen, deliciously-eaten weekend. Remember last year we went to Charleston?

We went to Juke Joint for a local dinner and were pretty surprised how much fun the jazz was. I wouldn’t say I’ve ever been into jazz but it was so fun with our southern dinner! 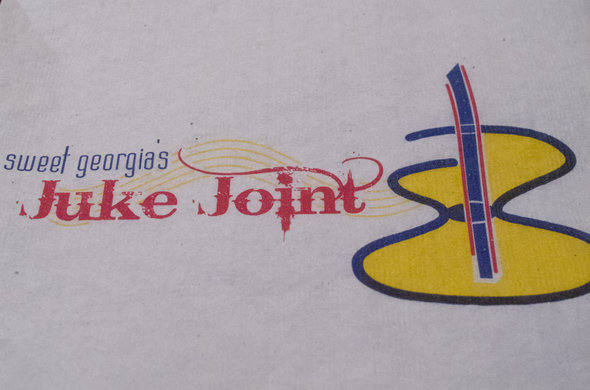 I hemmed and hawed between a few entrees but just kept coming back to the fried chicken. I got to pick two sides so I went with mac & cheese and fried green tomatoes. When in the south…fried and fried and cheese! 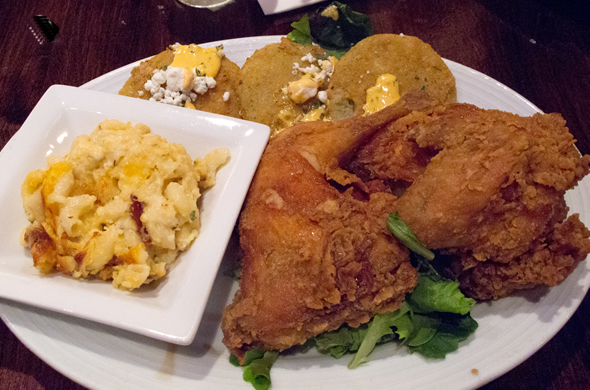 The chicken was so good and actually unlike any I’ve ever had. It had the slightest sweetness to the crunchy batter. The mac and cheese wasn’t amazing, but good for a few bites. The fried green tomatoes had a little red pepper aoli and goat cheese. Ohh my word. It was a great meal.

Sis chose the grilled pork with peach barbecue sauce. Hers came with garlic mashed potatoes and bacon baked beans. The potatoes had a very genuine garlic flavor. They weren’t kidding. It was really garlicy and really good. 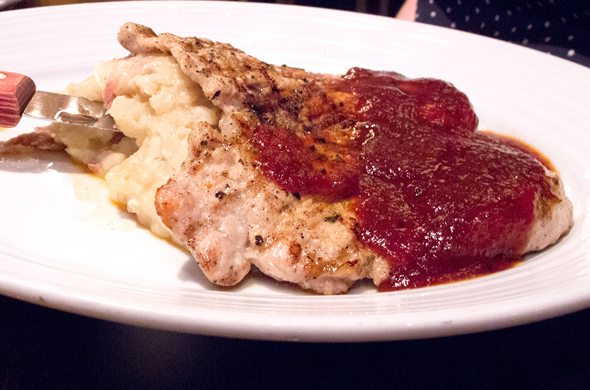 Our drinks were fun. She went with the Miss Ceeley’s Fruit Punch. How could you go wrong in the south with a drink named that?! It came in a mason jar and had lemon moonshine and pineapple. Makes me want to sit on a porch! 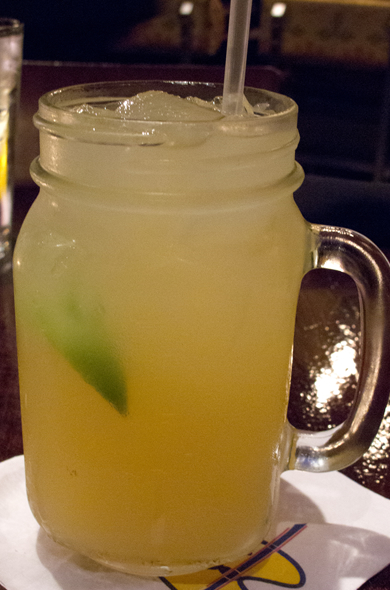 I got the Sneaky Sneaky with sweet tea vodka, lemonade, and lemon. It didn’t taste like alcohol at all. Very sneaky sneaky indeed. Sweet Tea Vodka needs to make it to the north. 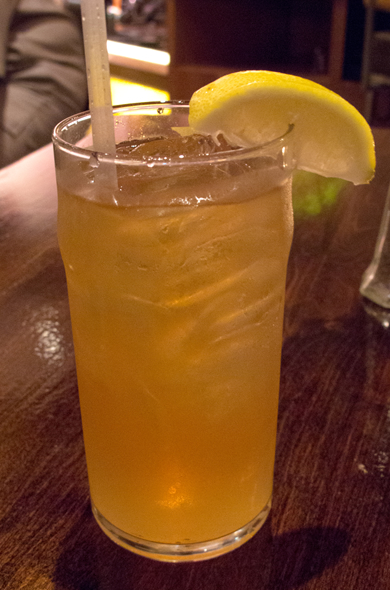 Our lunch/dinner another day was at a super cute bbq place. It was packed at 3pm which definitely is a testament to the food. Apparently Fox Bros.  is ranked #1 bbq in Atlanta. Wow!

We both got pulled pork and loved it. The bbq sauce was super tangy and vinegary. I got onion rings and she got tots, just so we’d have some variety. 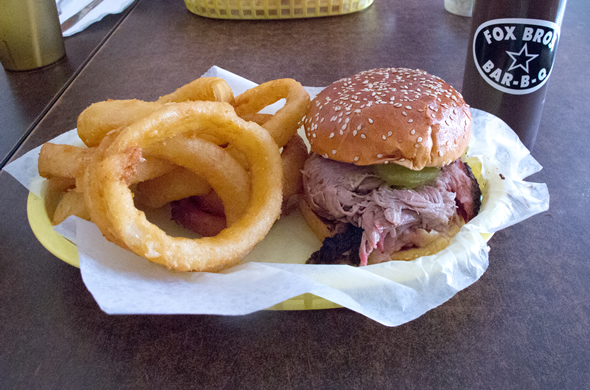 It was a warm day and sweet tea with bbq felt like just what we were supposed to be doing.

We had a fun weekend and we were glad to see a city very different than our own. I don’t think we’re in a hurry to get back, but it we loved the history (we toured CNN! MLK Jr. sites, Olympic Park, etc) found it super clean, friendly, and of course we thought the food was fun. What more could we ask for?

One thought on “Atlanta Eats”