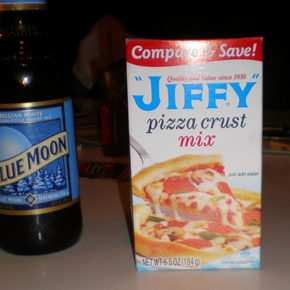 – pizza dough
– wheat germ for the bottom of the pizza so it doesn’t stick
– 2 links of sweet Italian sausage
– 1/2 red onion
– 1 small granny smith apple, sliced thin
– 1 cup of cheese (I used a mix of mozzarella and cheddar)
– 1 cup of beer (I used Blue Moon)
– About two tablespoons of coarse grain mustard
– About 1 tbs sour cream 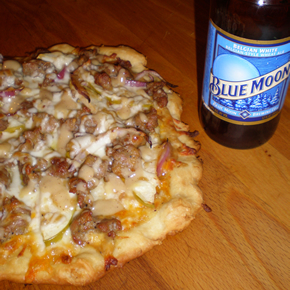