I used apple cider to make oatmeal awhile back and the other day a light dinged when I gave the babe some pancakes. Ah-ha! I thought cider would be good in place of the water! I kept these really straight forward but they’d be great with apple chunks, cinnamon and the cider. 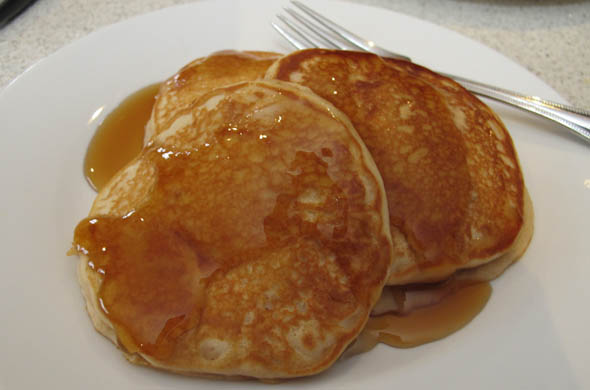 Directions:
Measure out the pancake mix according to the package. Replace the water with apple cider. 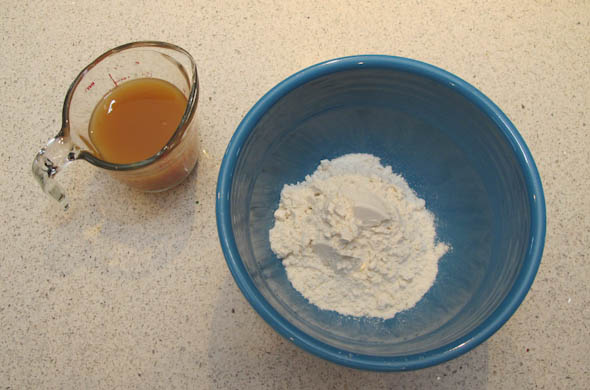 Preheat a grill pan or skillet to medium heat.
Mix until smooth.
Cook pancakes, flipping once the bubbles pop. 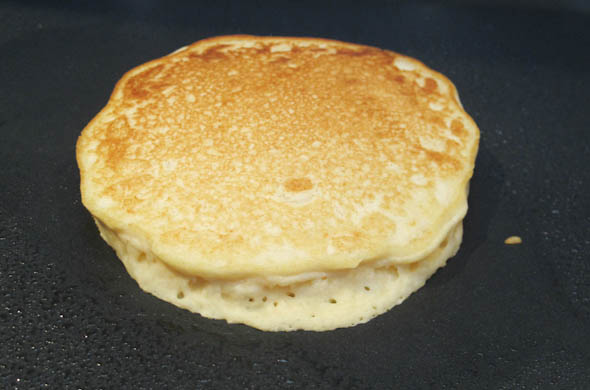 Serve with syrup and a drink of cider!
Enjoy! 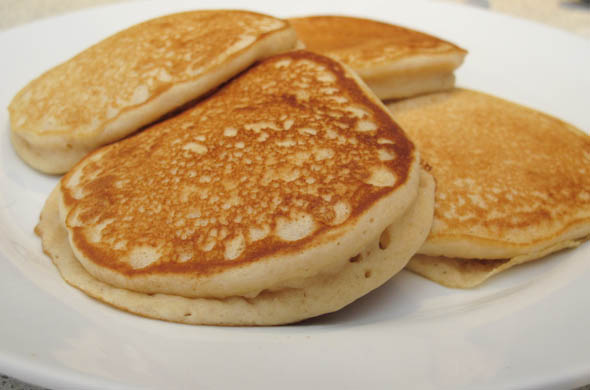 The cider is a really light touch. I don’t know that everyone would necessarily taste it without knowing it was in there. An apple cider syrup would be delightful on these. So, in the end it worked just fine but wasn’t a strong flavor.