Chicken Cordon Bleu sounds tricky but my way is very simple and could easily be tweaked into anything else! (Isn’t my new serving plate awesome??) 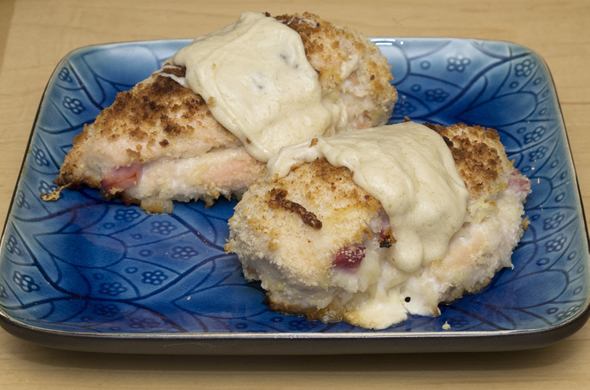 I don’t exactly have “knife skills”, or great butterflying technique so I cut a pocket and filled it. It is much easier than trying to roll it back up and keep the good stuff inside.

Cut a pocket into the side of the chicken breast carefully not cutting through the top, bottom, or all the way through. 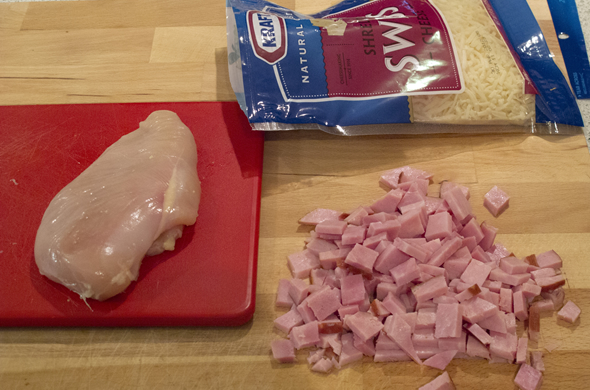 Stuff it with the cheese, then the ham. 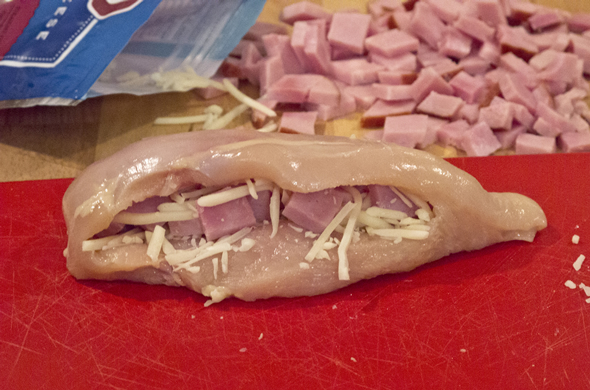 Whisk the egg with mustard and 1 tsp water.
Combine the breadcrumbs and add salt & pepper to taste.
Dip each stuffed chicken breast into the egg mixture then into the breadcrumbs. 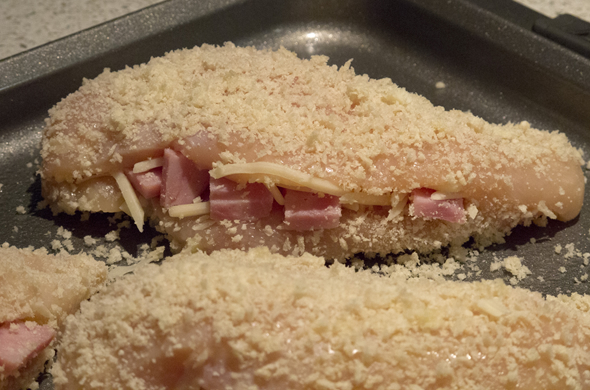 I was really happy with these! I think I did well cutting the pockets to get almost all the way to each end so the filling was well spread out. 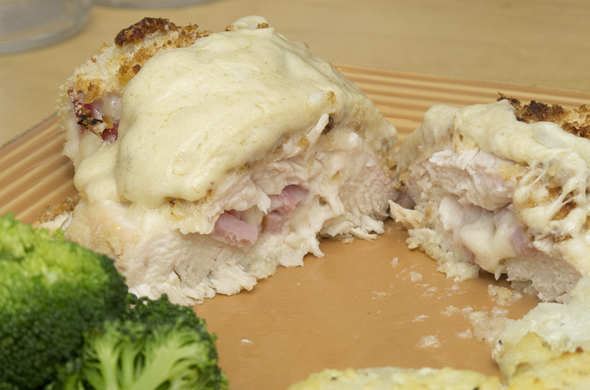 I mixed up a little roux with more cheese and more mustard to put on top. It wasn’t the most perfect cheese sauce I’ve ever made but wasn’t too bad.

This would be a great meal to impress guests because you could have it pretty prepped before they even came. It isn’t even many ingredients.

I think I might see what I could to making this into a casserole. Each chicken breast is a lot of food for one person and when you add ham and cheese it’s not a light meal.

I served this with a sliced potato bake thing. It really was an excuse to use my new le creuset and I wanted to make something in it that would be appropriate for the gifter. 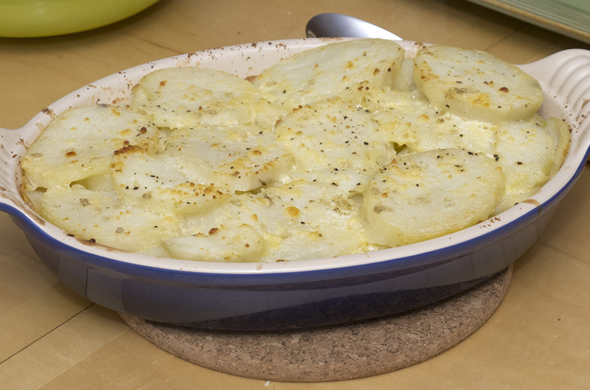 I was trying to just par-boil the potatoes a bit but they went further than I planned on while the chicken was coming together. The potatoes were too soft to mandolin so I did thicker slices and topped them with butter, sour cream, and rosemary fleur de sel.