We tend to be slaw/potato salad folks around here. I almost made this as potato salad, but that takes so. much. longer. This, as pasta salad, was super quick…like end of naptime quick. I boiled the pasta and started to fry the bacon while the pasta got a chance to cool. It got dressed to hang out in the fridge until dinner time. Voila! This is best when chilled for 1-3 hours and served then. To serve the next day it’ll need some mayo/plain yogurt/sour cream. The blue cheese dressing is more on the oily side versus the purely creamy side. 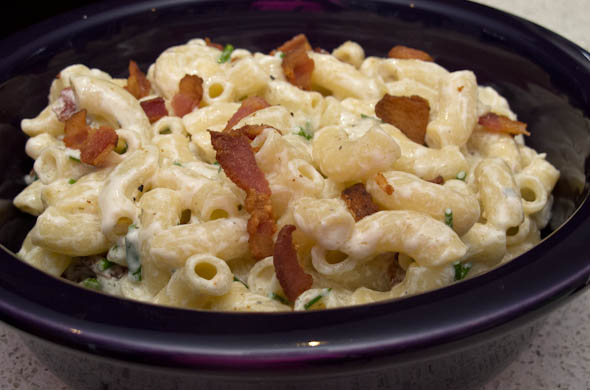 Boil pasta according to the package, cooking until soft, less than al dente.
Chop and pan fry the bacon until crisp, then drain.
Let the pasta cool. Stir a few times so it doesn’t become one chunk of pasta. Once cool, mix in 1 cup of the blue cheese dressing and the chives. Add in salt & pepper. Then cover and refrigerate at least an hour, preferably 1-3 hours. 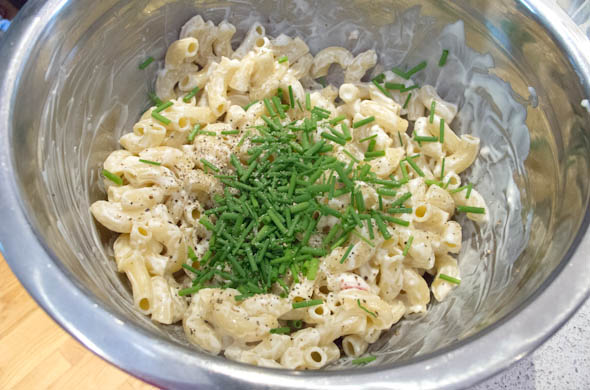 Before serving, mix in the rest of the dressing and most of the bacon, reserving a little for the top. 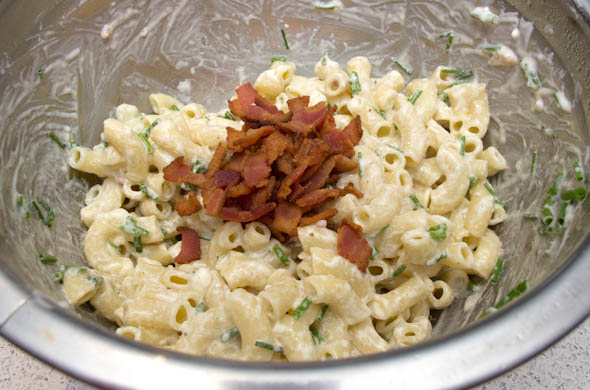 Serve with the rest of the bacon on top. Enjoy! 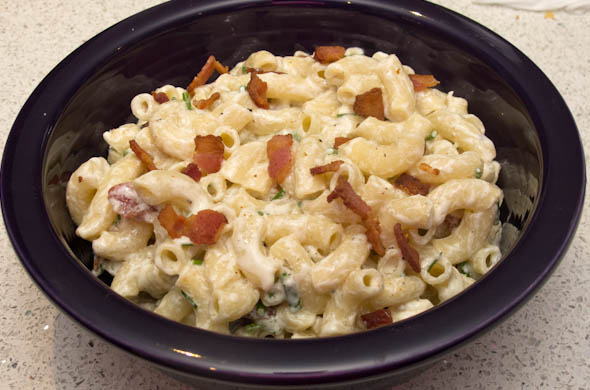 This was great! I liked the flavor and the subtlety of it. I didn’t add in additional blue cheese or hot sauce, but this could totally become buffalo blue cheese pasta salad. I used the good, produce-area, blue cheese dressing. I think this is so easy that it is worth repeating and adds a great alternative to the normal, often-lackluster pasta salad.