I like beets but I really never make them. I think I like them when somebody makes them for me 😉

I mean, the grocery store sells so many ridiculously prepared things yet not roasted beets. It isn’t rocket science to roast them, but trying not to stain my hands, clothes, cutting boards while also not bringing the kitchen temperature to 1000 degrees.

I hadn’t decided what I wanted to do with some beets from the farmer’s market. Off to pinterest! I found The Heritage Cook’s beets and potatoes and thought it was a great combo. I thought it was a great starting point for me. I added the mustard and lemon juice to wake up the flavors and keep it fresh tasting. 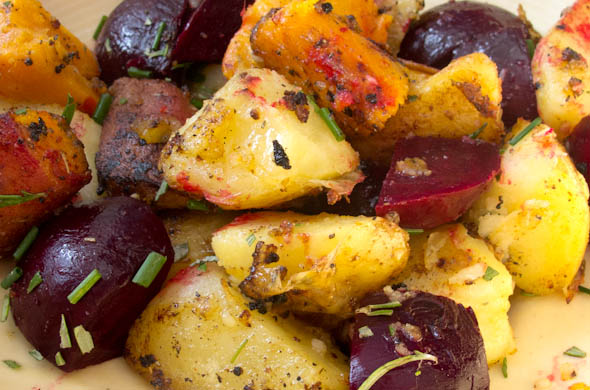 Preheat the oven to 350-degrees.
Trim the beet greens off the beet and rinse well.
Rub with olive oil and loosely wrap in aluminum foil. Roast for 40 minutes. Poke with a fork to check if they are cooked through. Let cool to room temperature. 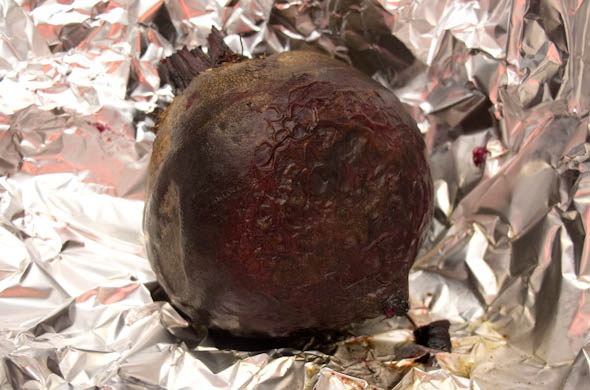 Quarter the potatoes, then boil the potatoes until cooked most of the way through.
When the beets are cool enough to handle, use a paper towel to rub the skin off. Then chop into quarters. 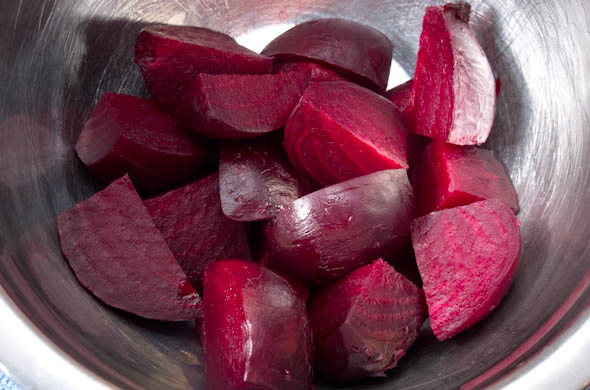 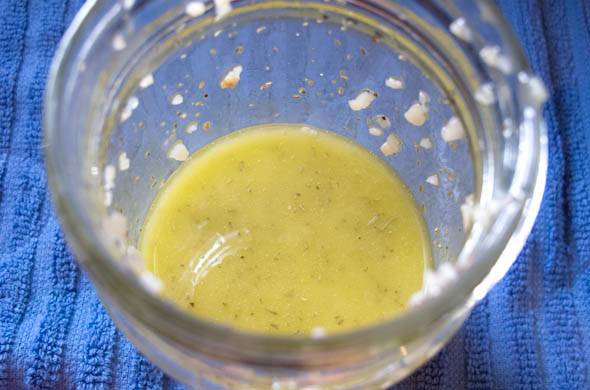 Add the potatoes to the hot pan and the whisked dressing. Cook for 5 minutes to crisp the potatoes. 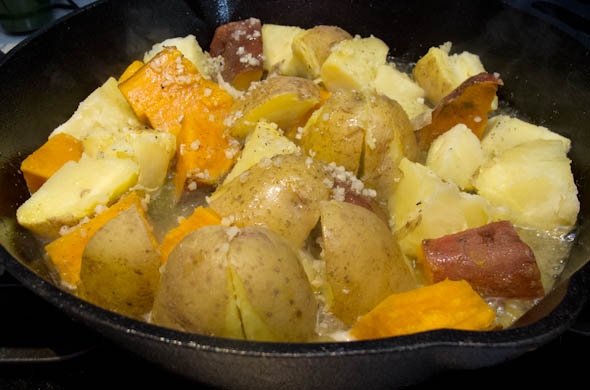 Remove the potatoes from the heat, into a large bowl. Add the beets. Pour the remaining liquid over the bowl and toss once. (Tossing too much will make everything beet-colored pink.)
Sprinkle in the fresh herbs.

This was good and paired well with a grilled pork chop. I didn’t want it to be too fall-feeling. Originally I was going to grill the potatoes, but I usually cook them a bit first. I cooked them a bit too much to then grill. I didn’t want them to fall apart, so I added them all to the skillet.

The sweet potato with the beets with the potato all complimented each other. 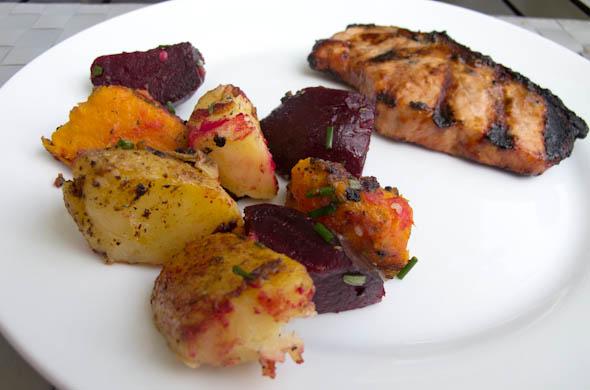 4 thoughts on “Roasted Beets and Potatoes”