I’m gently hovering between “it’s crazy time and we need to be eating more prepped freezer things” and “it’ll be crazy time and I need more prepped in advance in the freezer”. I need to do some better analysis of what’s there. One thing I’ve hung onto for months was a pork tenderloin. I almost defrosted it for the grill but then I knew I was months behind on wanting to make more crockpot things. The problem is, so many crockpot foods are beef and I don’t eat red meat. Or they’re weird things people put in the crockpot that don’t get better from cooking all day. I wanted this to be pork-onion-apple-y but forgot about the real apple idea until we were 2 forkfulls into this. 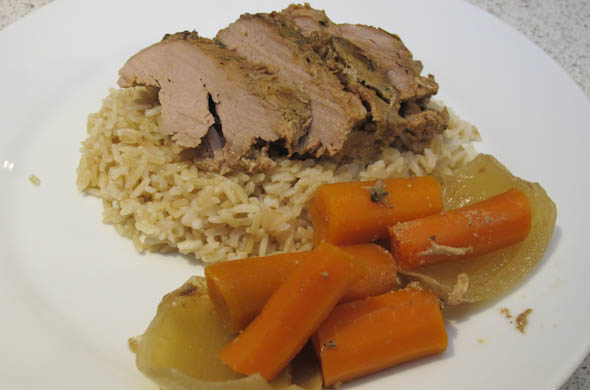 I cooked the marinated pork tenderloin with carrots and onions in chicken broth & beer. I know. Sounds like a lot going on. I was sort of concerned it might be a bit too spicy for us so I wanted everything else to be flavorful, but to tone down the heat. 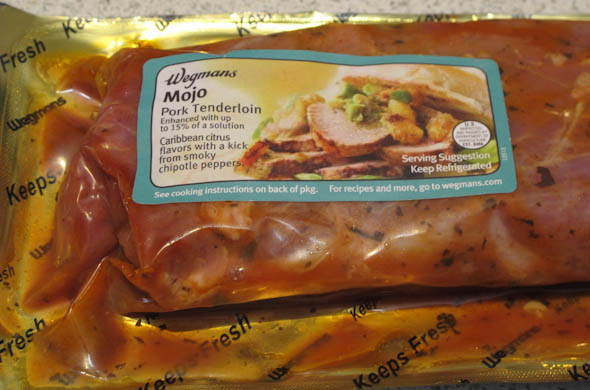 Put everything in the crockpot, on low for 5-6 hours. 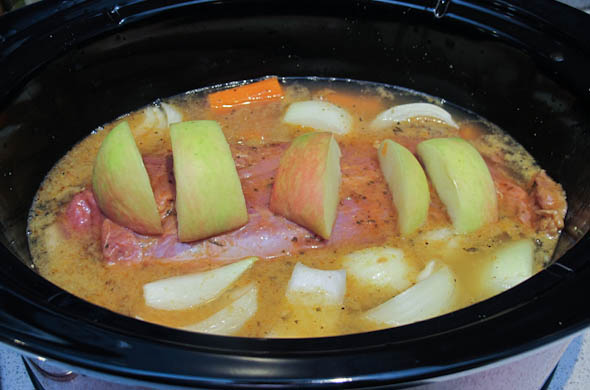 Optional: put a few apples ontop of the pork. (They’ll become mushy if they’re on the bottom and cooking all day.)

The pork is perfectly tender. I liked how juicy it was and I used a little drizzle on the rice. Mr. J is a gravy man so he made some gravy for his. You could remove some of the cooking liquid and strain/thicken it a bit if you wanted more of a sauce.

It worked out well, but probably wasn’t the most amazing thing ever. It was possibly the easiest thing ever. Leftovers worked well and the pups didn’t seem to salivate all day long.