Bananas are so deceiving. I mean the skin can be such a faker. Sometimes it loooooks like it is getting squishy and then you peel it and find a pretty fresh banana. I had bananas that looked like they weren’t going to make it another day so I planned to add them to some weekend pancakes. The skin was all speckled with brown spots. I peel the banana to find that it is pretty hard. What a fake-out!

Well, I decided to see what would happen if I warmed them up a bit with a few seconds in the microwave. Voila! Instantly overripe bananas. Problem solved.

If the banana isn’t somewhat soft and overripe, microwave for 30 seconds. 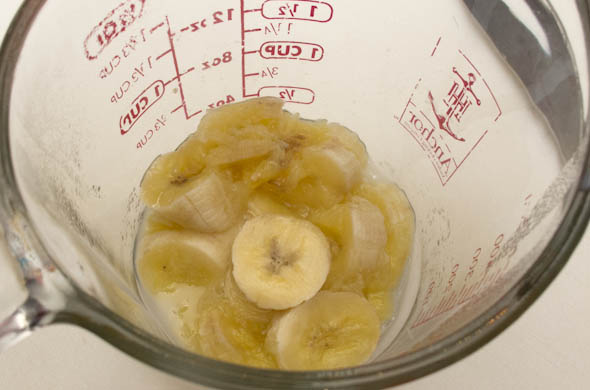 Mix up the pancake batter. Add a touch of vanilla extract and a pinch of cinnamon. 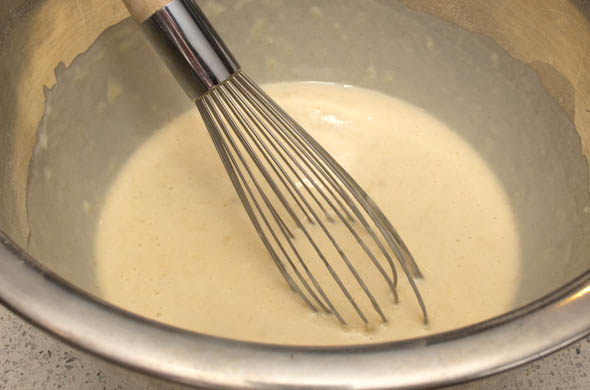 Preheat a grill pan or flat skillet to medium heat. Spray with non-stick spray.
Prep or chop the nuts, bananas, and chocolate. 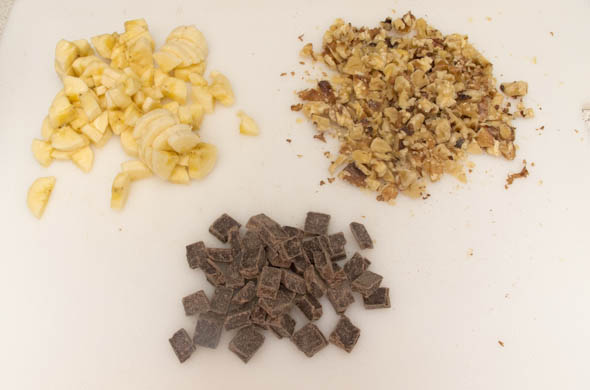 Ladle pancake batter onto the hot pan and evenly sprinkle banana, walnut, and chocolate chunks onto the pancakes. Wait for them to bubble and then flip. 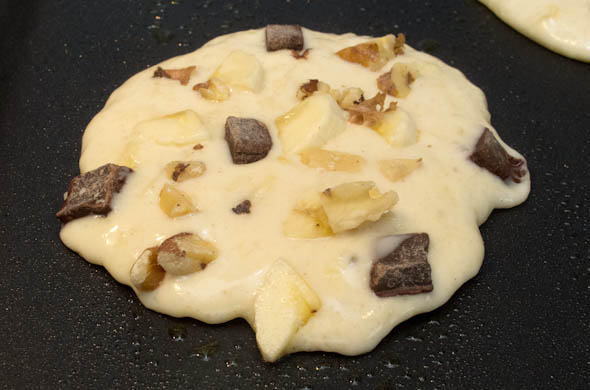 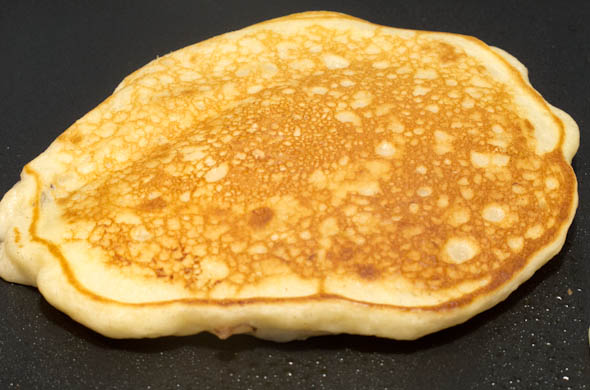 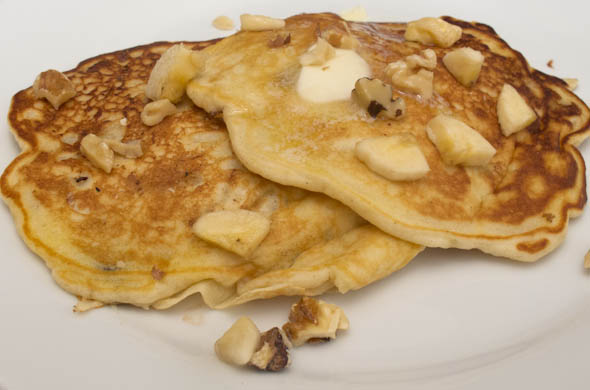 These were great. The nuts were definitely the best touch. I think the crunch was what made these so good. I added the nuts, chocolate, and bananas in after it was on the griddle because I wanted them to be evenly distributed. I figured in the batter it might come out uneven. The chocolate gets messy when it melts, but wiping the spatula solved that.

This would be great as waffles too. I add the cinnamon and vanilla to ensure the boxed mix tastes like the opposite of a box.

P.S. Is it amusing that the CHUNKY monkey pancakes are following a book about French women not getting FAT?

One thought on “Chunky Monkey Pancakes”