Mr. J and I squeaked in on cashing a discount deal we’d purchased to Blue Ribbon Barbecue and loved it! We went the last night before it expired and saw a few other with the deal in line behind us too.Blue Ribbon has 2 locations and I realized I’d been to the Newton, MA one way back when with my sis. Mr. J and I went to the Arlington one. 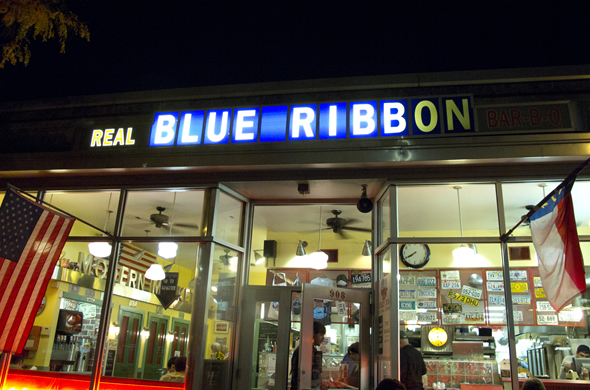 I got pulled pork, collard greens, cole slaw, and I couldn’t resist a side of corn bread. I love pulled pork. 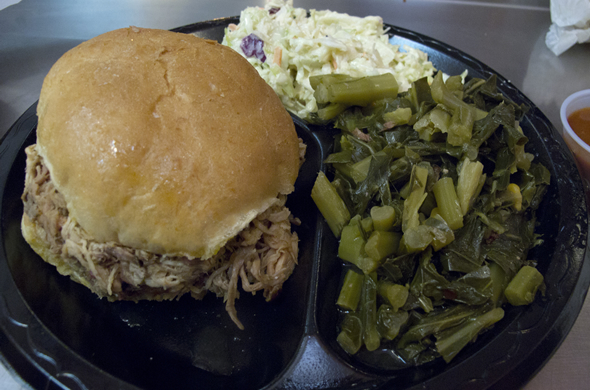 The pulled pork was super tender and just begging for one of their many sauces. I couldn’t get over the collards. Sometimes they’re severely overcooked but they were fresh and leafy. I think they cook them with a ham hock…as if there’s any other way. 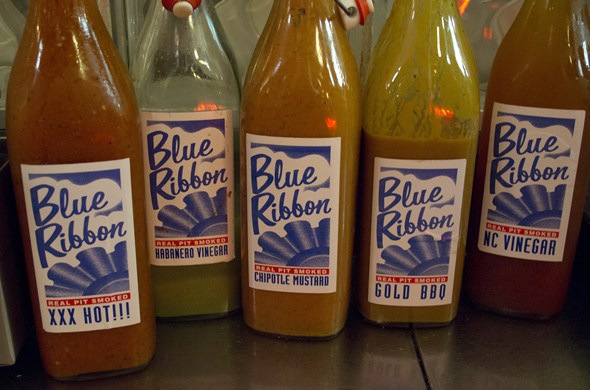 I liked the cole slaw, but wasn’t wowed. Same with the corn bread. The corn bread was very crumbly, as it should be, but I thought it was too dry. 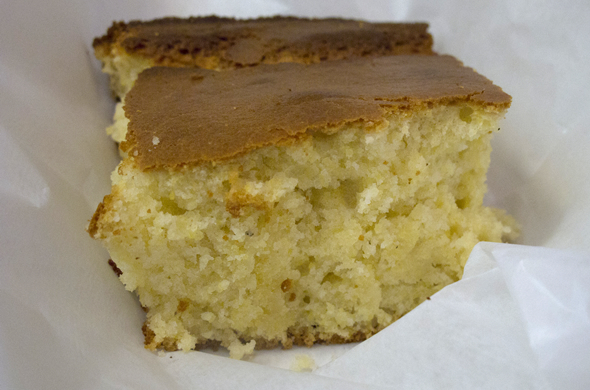 Mr. J got ribs, baked beans, cole slaw. He liked everything and had been there before. 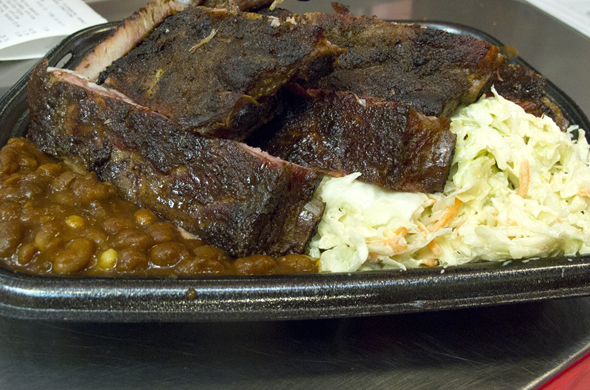 They do catering and take out but we plopped down with our plates along their window counter. The outside seats were full since the season to eat outside was nearing an end.

Dare I say it? I think I like Blue Ribbon Barbecue BETTER than Red Bones. I’m not sure but it might be so. 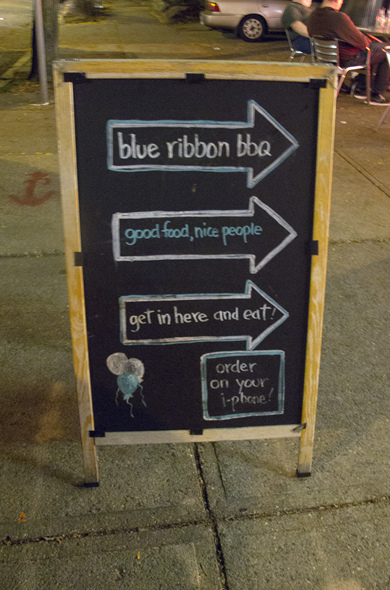