This wasn’t the most authentic cuban sandwich, but it was such a great tweak on the everyday. The pickles and mustard are totally what makes this special. 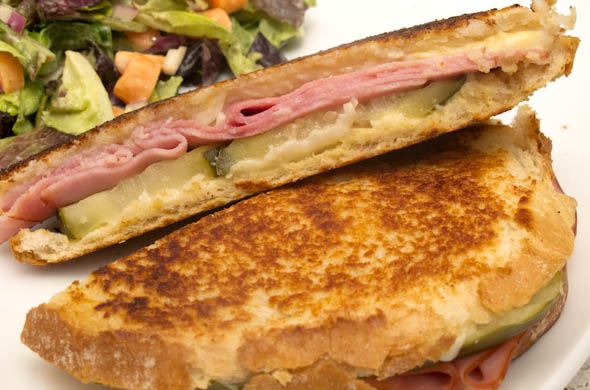 I also love pickles so this was right up my ally. A real cuban would have roasted pork but this was good for a quick meal.

Heat a grill pan or panini press.
Assemble the sandwiches with mustard on both bread slices, ham, swiss, provolone, and sliced pickles. 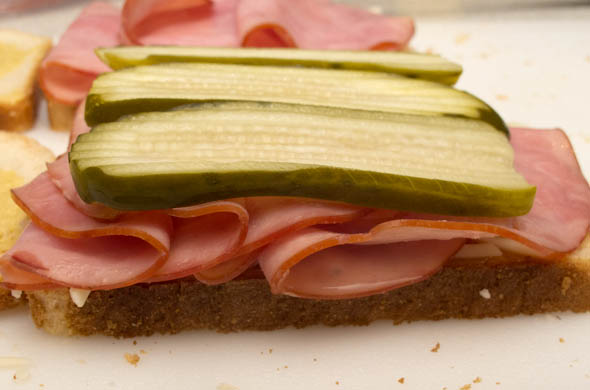 Grill on both sides until cheese melts and everything gets heated through.

It was almost a ham & cheese but the mustard and pickles are where the different flavors come from. Mr. J doesn’t like pickles, GASP…I know. His was a bit less of a cuban panini but salty and cheesy nonetheless.