I “made” these with pears at the pear-picking-party during the pear cook-off and then of course I’m still using the huge supply of apples we picked. It is a great tweak on a pre-made breakfast option. I love it. Also, work is so nuts right now that I can’t even think beyond about 4 ingredients. I’ll re-surface after Thanksgiving. Is it Black Friday yet? 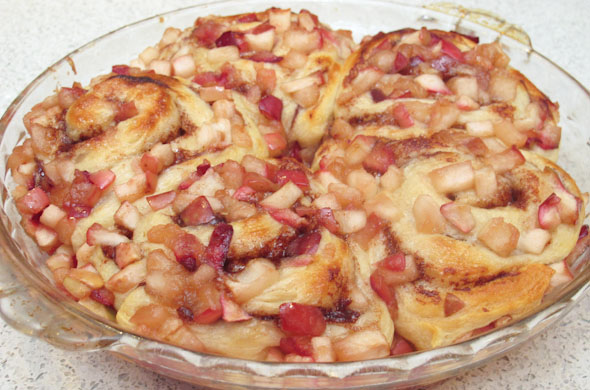 Ingredients: (makes as many rolls as come in the package)

Preheat the oven to 350-degrees.
Add the chopped apples to a flat pan with brown sugar over medium heat.
Cook 5 minutes until softened, but not mushy. 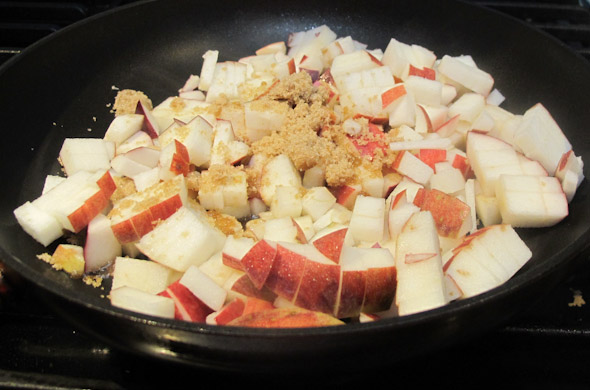 Pop open the cinnamon roll can and place into a sprayed baking dish. 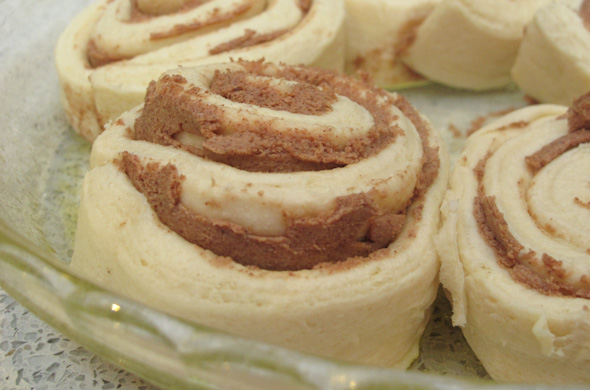 Spoon the cooked apple over the top.
Using a knife, press some apple chunks into the cinnamon roll layers. 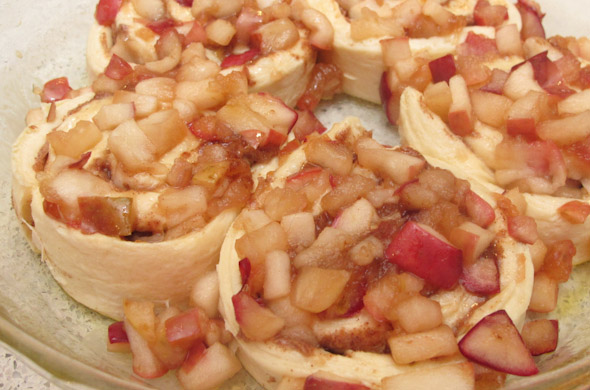 Bake 20 minutes (or according to your cinnamon roll package).

Spread the frosting over the top. (Tip: dab it out of the package then spread when it starts to melt a bit) 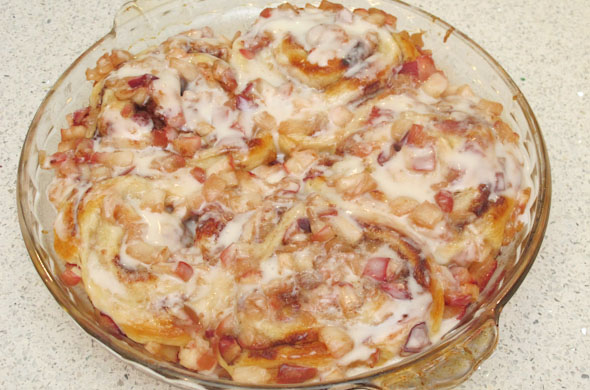 Yum. These are fantastic. The apple flavor is so good with the cinnamon in the roll. The frosting is really non-negotiable. Trust me. Don’t skip it. They’re gooey and soft with apple for texture and sticky sweet frosting. 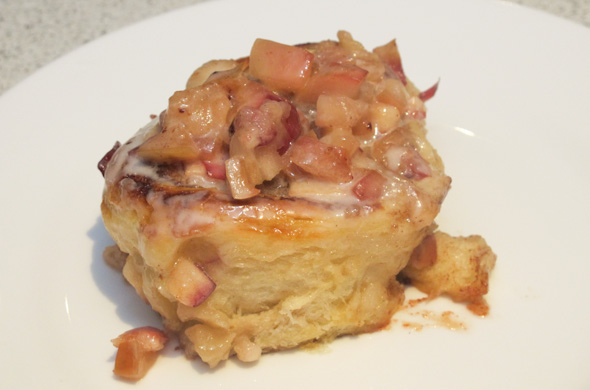 You could always make your own cinnamon rolls, but aren’t you too hungry for that in the morning? I know I am! Cook the apples in advance and you’ll be on your way even faster.

Make it for Thanksgiving with some dried cranberries getting rehydrated with some cider or orange juice with the apples & brown sugar. Or cook up berries and use that instead of apples!

One thought on “What I Ate: Apple Cinnamon Rolls”