Spoiler alert: the soup isn’t life changing. It is good enough. Maybe yours will be better. The flavors were great, it was perfect for a chilly day- I just wish I had a better blender. If you have a good blender, whip up this soup. (literally). I was itching for soup to complete my fall list. It is a good one to celebrate Boxing Day. 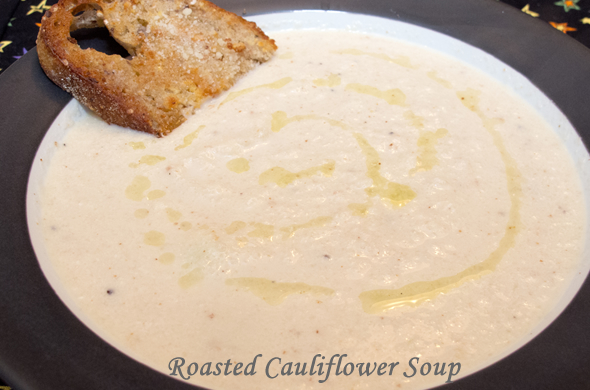 Cut the florets off the head of cauliflower and roast in a 400-degree oven coated liberally in olive oil, salt and pepper. 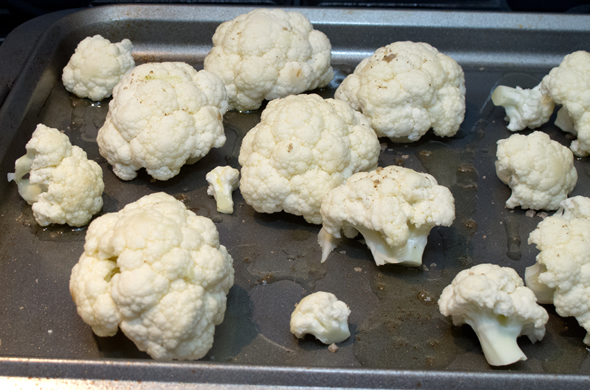 Turn occasionally every 20 minutes. Cook for 40 minutes at 400-degrees. 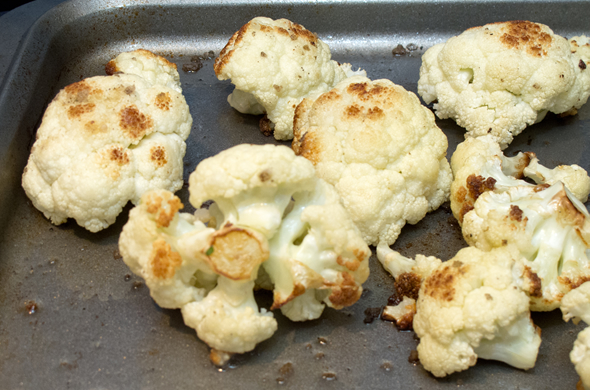 Add milk, sour cream, Parmesan, and garlic to a blender or food processor. 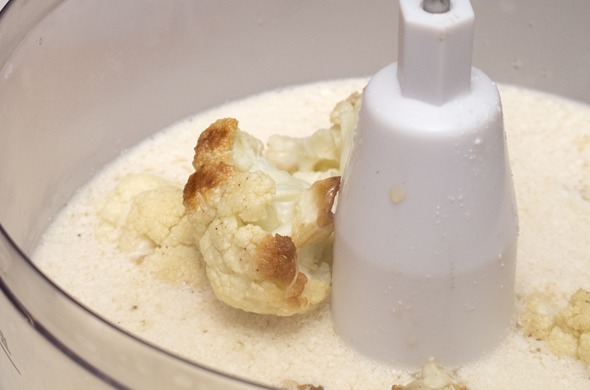 Blend until smooth. (mine was less than silky textured)
Add salt and pepper to taste.

My blending was kind of a catastrophe. I tried my food processor, my smoothie machine, and an immersion blender. My smoothie machine is a Magic Bullet and has been kicking since about 2004? It was my best option here. I just couldn’t do much at a time. It does not chop or dice like advertised. It can puree really well though!

My food processor and blender is one machine and has severely let me down. The blender part doesn’t work well. It whirls and doesn’t seem to do much. The food processor has been great (for the few months I’ve had it) but was dribbling and didn’t even make it smooth.

The immersion is just an attachment to my hand mixer so I don’t expect much…rightly so.

I make frozen fruit & yogurt smoothies verrrrry often to know the liquid ratio is often important, the fill level affects it, and manually scraping the sides or stirring it can help greatly. I was very frustrated and thought it would have looked lovely if it was smoother.

It tasted good. I drizzled a little truffle oil on top since that can make anything better. I served some crunchy toasts on the side for dipping. We liked it, but I wasn’t satisfied with the consistency.

I learned that my tools were inadequate in this circumstance but that Mr. J will make the best of any dinner, despite how frustrated or disappointed I get. It was also a great reminder that roasted cauliflower is reallllly good and I should just make that sometimes. Maybe I’ll redeem myself with another soup. I love pumpkin & black bean. Loaded baked potato could be fun with toppings. Corn chowder is fun. Hmmm. The wheels are churning.