I wanted to spread out the pumpkin goodies. Sometimes it gets overdone when November is jam-packed with only pumpkin baked goods, drinks, and goodies. I also wanted some great cheese in there. 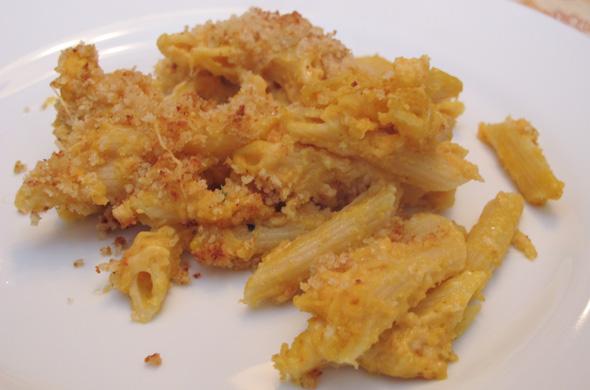 Bring a large pot of salted water to a boil.
In a large saucepan, melt butter over medium heat until it foams, and then starts to brown.
Add in the flour and stir well as it forms a paste. Then add in the milk and cook for another 2 minutes. 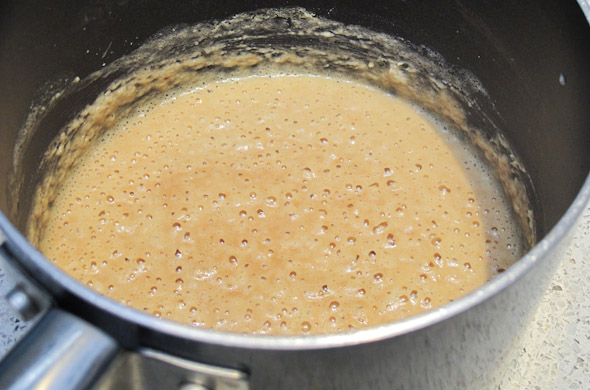 Cook the pasta until al dente.
Preheat the oven to 350-degrees.
Add in the grated gouda and pumpkin.
Drain the pasta and mix together with the sauce, and jack cheese. 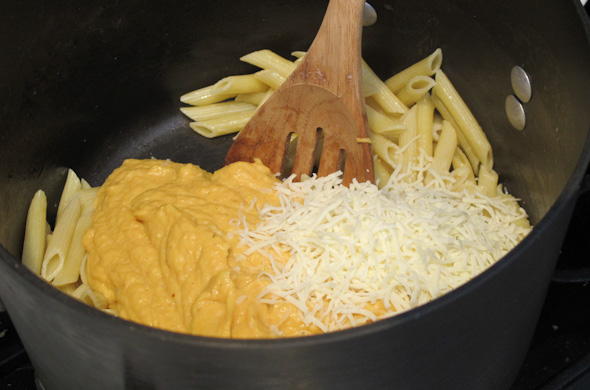 Spray a baking dish with non-stick spray and spoon in the pumpkin mac and cheese. 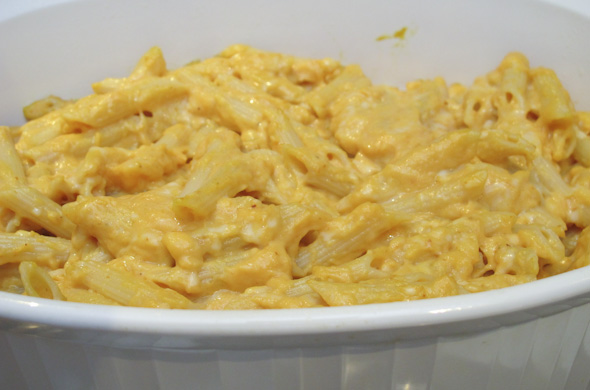 Melt butter and mix in the breadcrumbs and parmesan cheese.
Top with the crumb topping and bake for 20 minutes. Broil the last 2 minutes if it hasn’t browned enough.

This was subtly pumpkin but had great fall flavors that were far enough away from everyday mac & cheese to feel fun. The brown butter sauce added a nuttiness and the parmesan on top was a good salt component.

I had more sauce than the quantities above so I froze the rest. Someday it’ll be insta-pumpkin-mac. It was pretty thick and I may add some chicken stock to thin it out a bit. That helps mac & cheese have real flavor without being milky without highlighting the cheese.