Back when I went to the pizza class, I felt surprised so many people there don’t make pizza regularly. I’ve never had a pizza catastrophe so I wasn’t sure what the big scare was. Until now. Dun Dun Dunnnn! 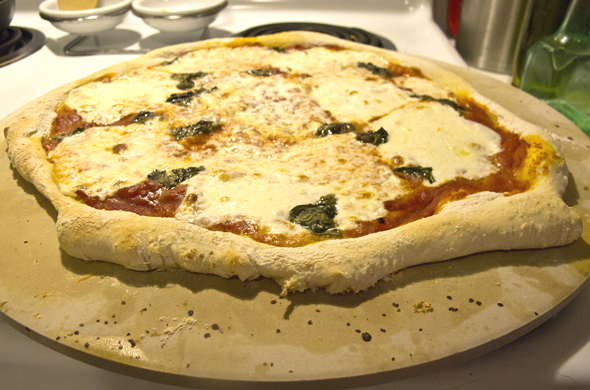 Mr. J and I were so excited to recreate the AMAZING Neapolitan pizza we had in Naples. Remember that? I like thick, puffy, and crispy crust (and usually I’m in a hurry) so I don’t stretch the dough out all that much. When dough is cold is does that elasticy bounce-back even when you have stretched it out. It isn’t as sticky when it’s cold. Guess what happened when I tried for thinner than I’ve ever done. 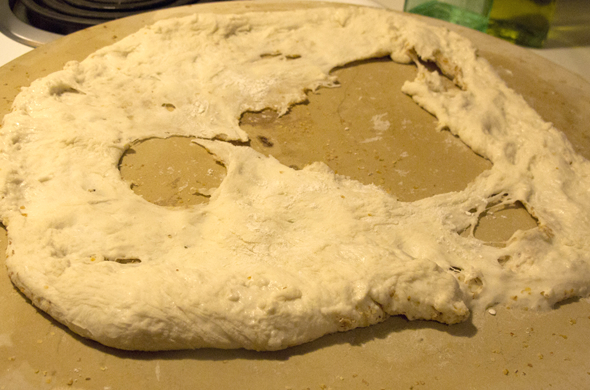 Bahhh. I was getting frustrated so Mr. J swooped in and saved the day. That’s how badly he wanted this pizza! Our rolling pin was MIA so he used the next handiest thing. It was cold which probably helped too. 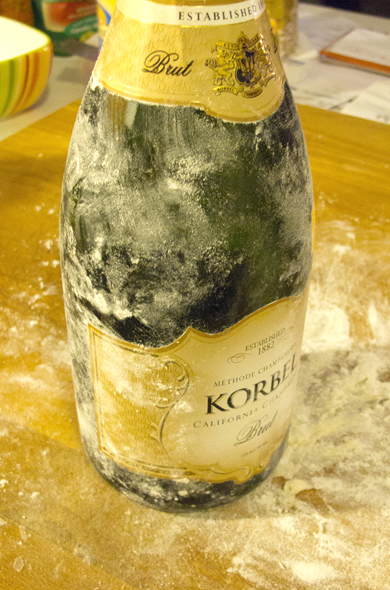 Preheat oven and pizza stone to 450 degrees (mine takes forever so I whipped up some fried ravioli while I was waiting!) 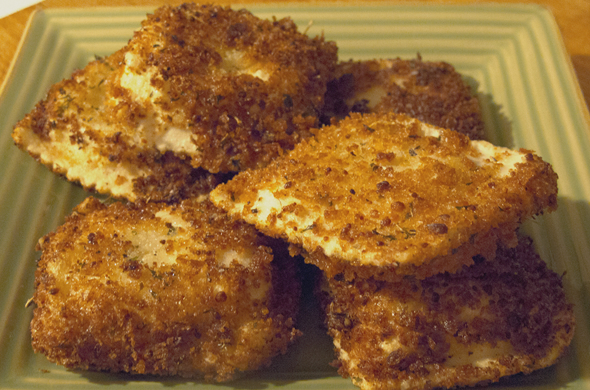 Roll out dough to the thinnest you can get without holes and place onto pizza stone or pan.
Spread tomato sauce onto dough 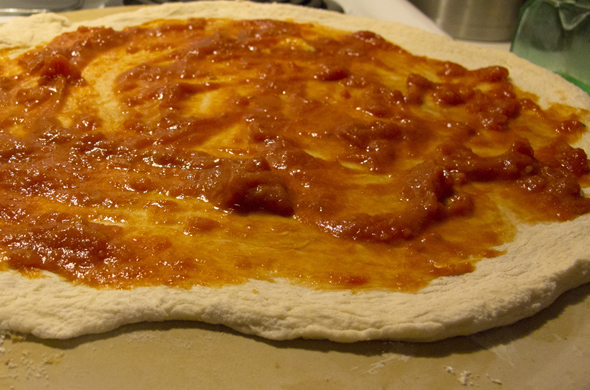 Layer mozzarella slices on and sprinkle basil on top. 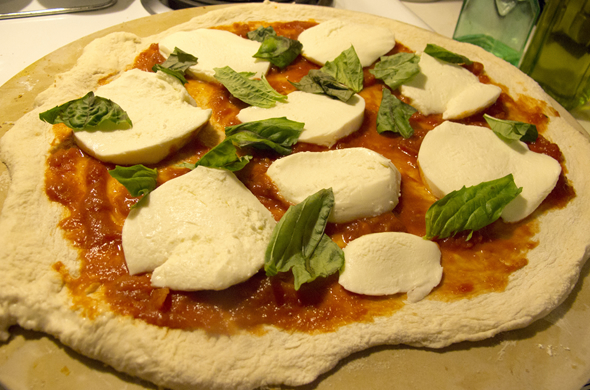 Bake 15 minutes or until outer crust is crunchy and cheese melts.

It was really delicious. I think because it was so think I had trouble crisping the edges without destroying the cheese. I thought maybe next time I’d pre-cook the crust for a few minutes. Or maybe I’ll cover the middle with foil and try to crisp the crusts a bit. Maybe I’ll throw the basil on when it’s almost cooked. 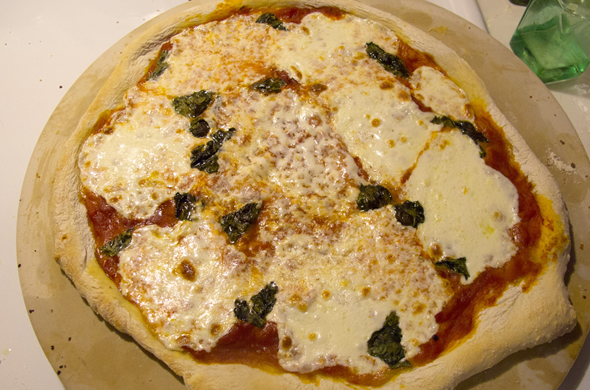 Ms. C is prob in her glory with all the pizza I’ve had lately and what is still to come! But man, I just can’t compete with a 700-degree brick pizza oven!

This pizza is so simple so the ingredients are super important to shine through. I love this tomato sauce because it doesn’t have any water, just tomatoes and some tomato puree. It’s our new sauce at home now. 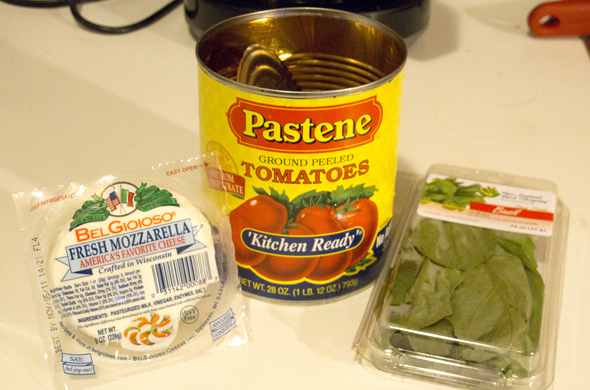 Since I haven’t quite mastered the Neopolitan pizza, where do you suggest I get one in Boston/greater Boston? Any tips on making my own? Don’t be bashful now!