In an effort to increase my green score I decided to attend a food swap. Just kidding. I’m already considered “fairly green” since I’ve attended other swaps. I had kept my eye, and my twitter, focused on the upcoming food swap dates the Boston Food Swap was hosting. I could finally go in August! 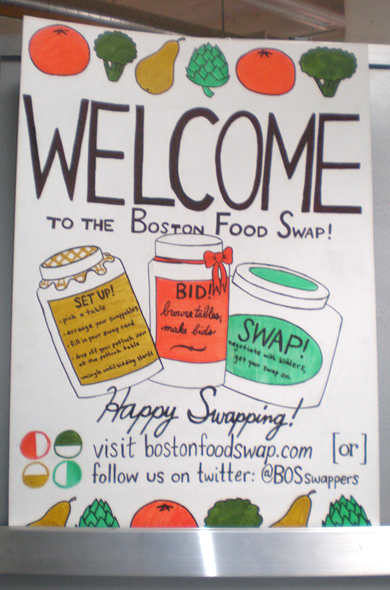 It’s now September and the next swap is fast approaching all before I’ve even posted the August one! I need to be cut some slack…it’s now into the single digits until my wedding. Eeeeek!

Folks sign up and bring whatever swapable items he/she’d like.
Swapable foods have to be home grown, cooked, baked, or foraged.
There are no set quantities or suggested items.
Once arriving and laying out the goodies, everyone mingles and samples.
Bidding occurs by offering your own treats in exchange for somebody else’s.
The trade! The bids are only indications as to who wants your food. Hopefully you want food from others who want yours, thus the trade transaction.

It was really fun and I’m glad I went. I’ll definitely go again. I brought marinated mushrooms mostly because I was thinking what would travel well and what was easy yet interesting to whip up. 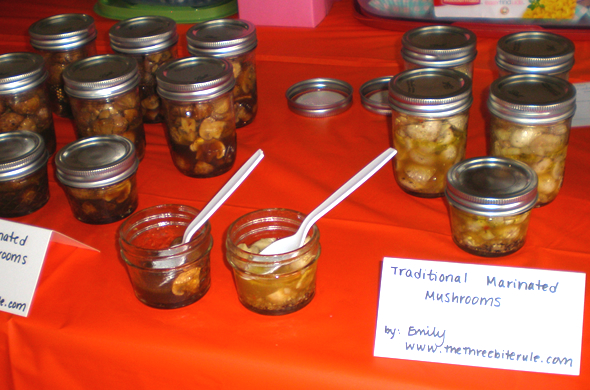 I went with 12 canning jars so I had plenty to trade with. I’d guess there were about 20-25ish people there. I used 2 sizes of jars and was thankful to have some larger and smaller ones. I hadn’t even planned that some small trades would be more even.

It felt a bit like a potluck with strangers. Honestly, I was proud of myself for going by myself. I didn’t know anyone there and met some great people with all sorts of tasty treats! It was wayyy better than a cookie swap. 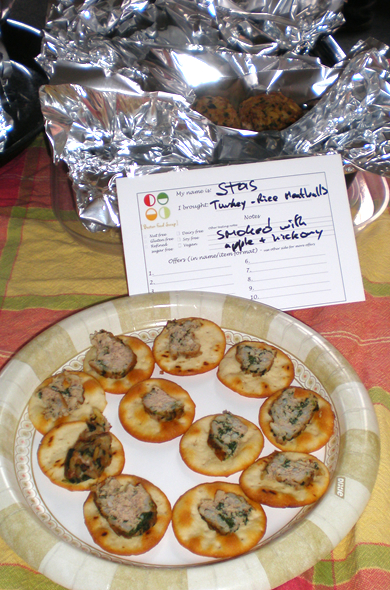 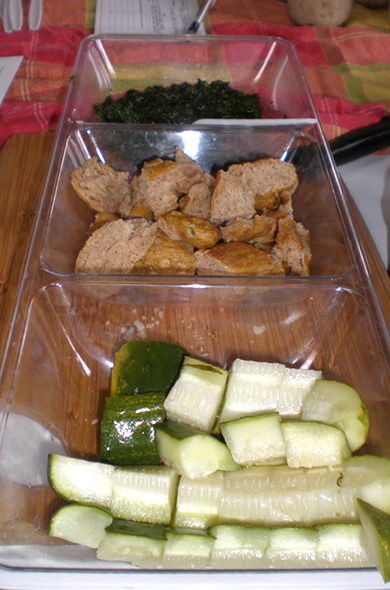 I wasn’t psyched about the baked goods. Although I don’t bake, it felt like nobody wanted them that much. They were good, but 2 very small cookies? Seriously? 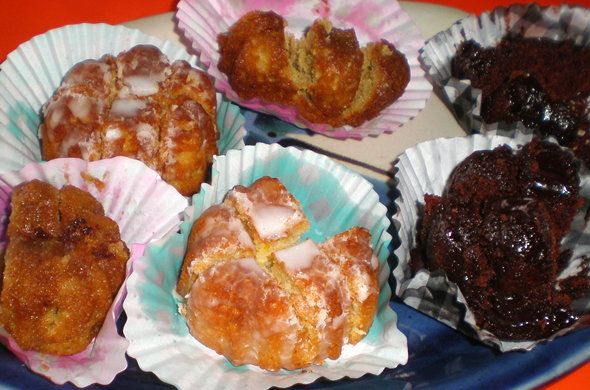 While making my traditional (Italian) marinated mushrooms and balsamic marinated mushrooms I feared ‘what if nobody wants my stuff’. I thought about what it’d feel like to come home with stuff I brought. Thankfully that wasn’t the case and I kept that in mind when bidding since I had so many to offer. 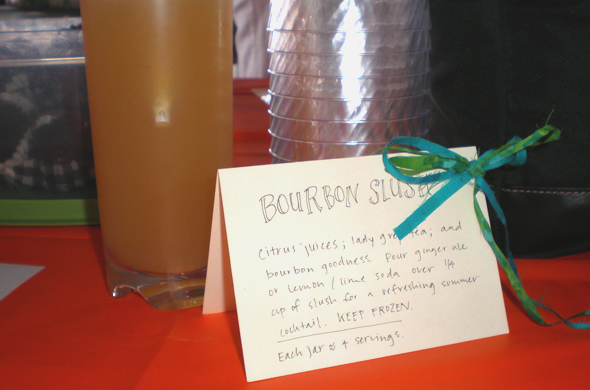 Mr. J reminded me I wouldn’t be able to trade what I didn’t bring. He’s such a wise one.