I’ve been meal planning lately and it’s working out great. I’ll go into further detail later, but I think it’s helping me a bit more well rounded. Mr. J might have been a little bit nervous when I popped a soup onto the weekly list but we LOVED this. 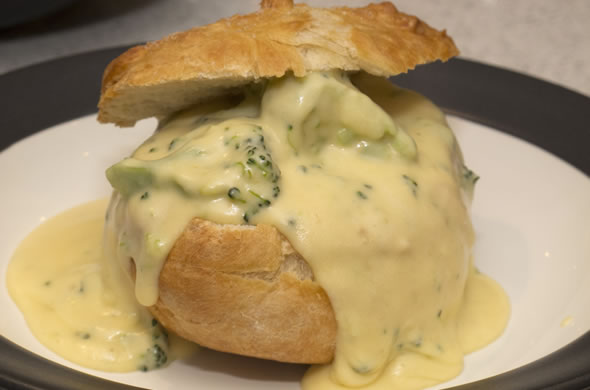 I wasn’t even going to blog this but just after I got going I figured it was worthy! My roux was perfect. That doesn’t happen all the time. I’ve made a few mac & cheeses that haven’t been ideal because my roux ratios were off. This time it was right on and it made the soup velvety and delicious.

Melt butter and whisk in flour. Let it cook for about 5 minutes on medium low until golden and sticky.
Add in cream and chicken stock, stirring until well incorporated. Add broccoli and cook covered for 15 minutes. 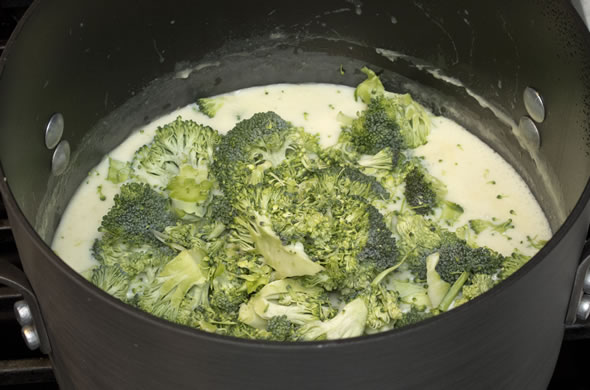 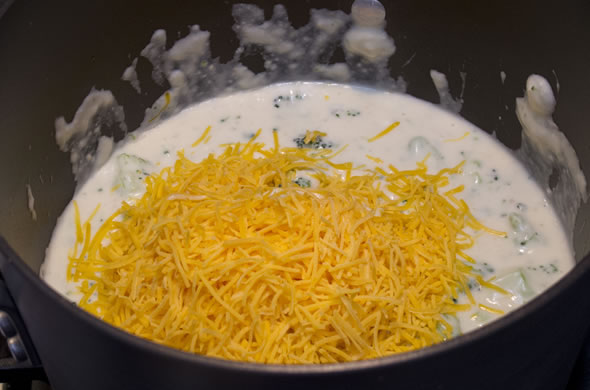 Cook for 15 minutes on low.

I served this soup in bread bowls by just baking lumps of pizza dough and scooping out the middle after the outside was fully cooked. It took about 30 minutes at 375-degrees to cook far enough in. The bread bowls were about baseball size each or a quarter of the dough. 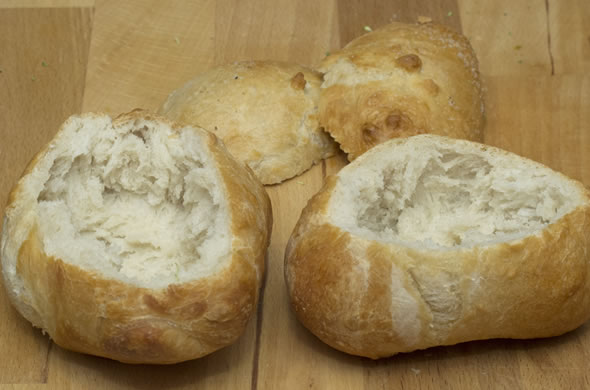 It was so thick and could easily be thinned out with more milk, water, or chicken stock. We really liked how creamy it was and the thickness was a good thing to us. I owe all the credit to the roux. I normally don’t measure but the equal parts worked magically.

Look at how interested the pup is. Windsor hangs out by the microwave that is set into the island. He was interested in the chicken stock warming up. 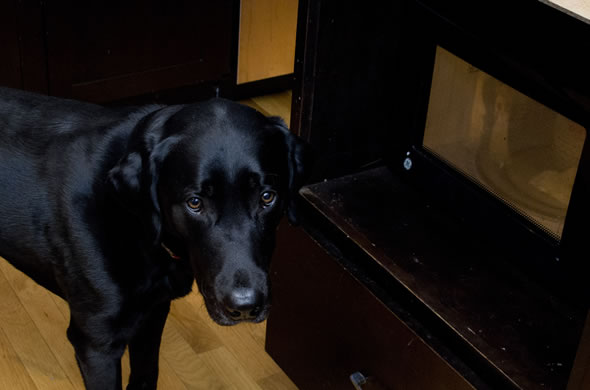 This literally could have been fondue it was that thick and melty.  I think it would have liked it as a dip with crusty bread or to fill baked potato skins.

3 thoughts on “Broccoli and Cheddar Soup in Breadbowls”