Way back when, I saw that Boston’s Rose Kennedy was having a food truck gathering. Unfortunately Occupy Boston meant that the food truck festival has to be postponed. Something like 150 protesters were camping out (I’d have a real stat if Occupy Boston’s own website actually worked).

My beef with this was that they were not only vague with their mission, but they destroyed the park, lived in unsanitary and unsafe conditions, spent taxpayer dollars on police details, and refuse to recognize altering views. I feared when I attempted to obtain a permit for the park at work (by following the regulation, paying the fee, and leaving the park in perfect condition) that Occupy Boston would have ruined it for everyone. Thankfully I got my permit.

Ok, I’m off my soap box. The food truck gathering was rescheduled and I just happened to be working in my office that Saturday. It was perfect timing and Ms. M met me for some lunch. 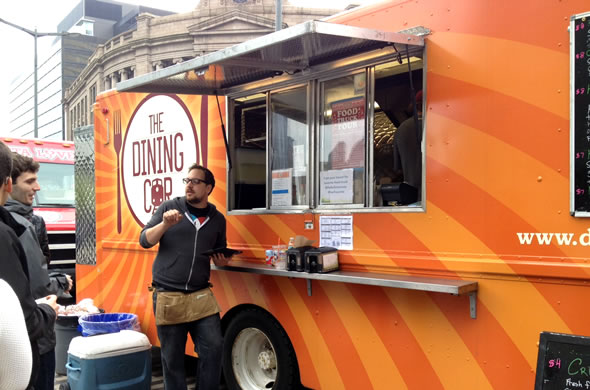 It was better than other food truck festivals I’ve been to. It was great to see so many out I hadn’t had before AND there wasn’t an entrance fee. We scoped ‘em all out and then chose randomly. 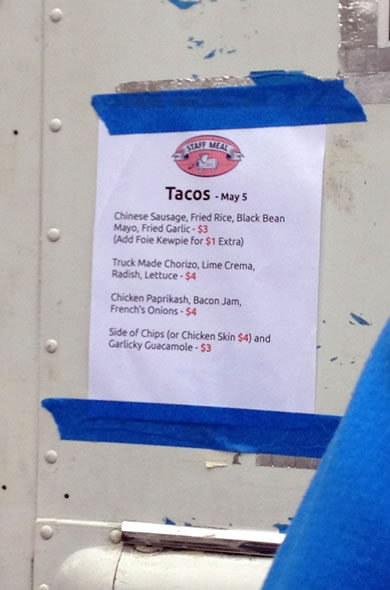 I saw Staff Meal and was psyched to try it. I was pretty drawn to the bacon jam and the truck made chorizo. These two items were dictating my choice. I couldn’t pass on the bacon jam.

I got the chicken paprikash taco with bacon jam and French’s onions. It was the most interesting taco I’ve ever had. I loved the tender chicken with the paprika. The salty bacon jam was to-die-for. It had a lime to squeeze on top for freshness and crunchy onions. 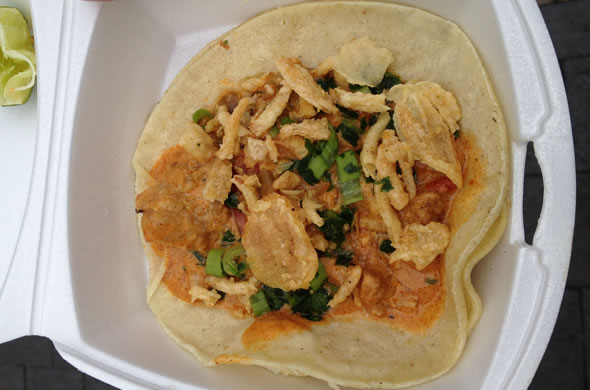 Ms. M got the truck made chorizo taco with lime crema, radish, and lettuce. It looked really good too. I just didn’t want to spend $10 on just 2 tacos. They were pretty special and significant but still a touch pricey. 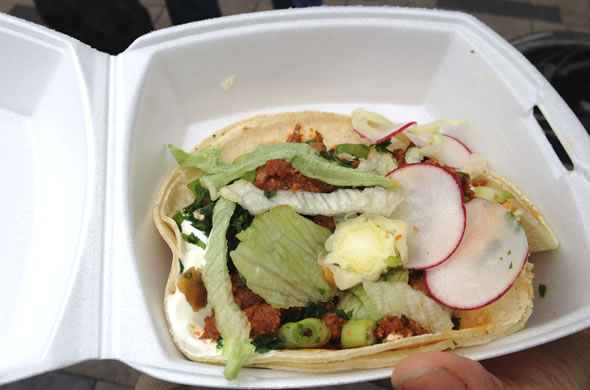 Then we were onto the sides. I saw the menu at Mei Mei Street Kitchen. They had some fun looking items and I hadn’t heard of their truck before. 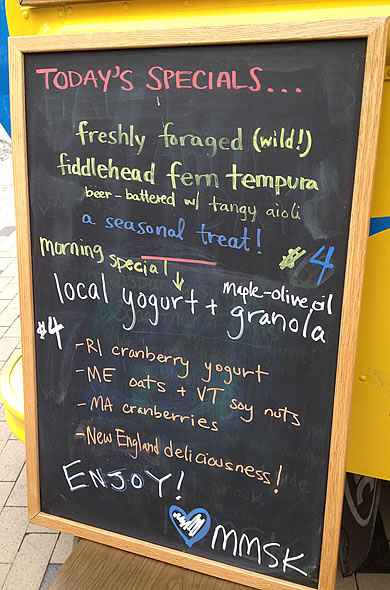 I got the fiddleheads. They were really lightly battered and fried. I looooved that they weren’t greasy and the freshness really came through. I wasn’t into the wasabi mayo though. 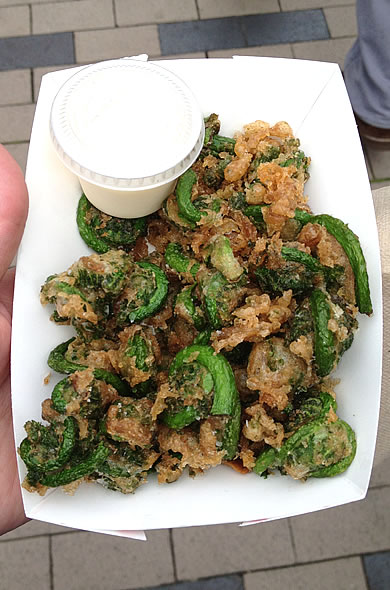 The Greenway is expanding their mobile eats in a big way…and I’ll be there!